People from Bengal – a region that comprises the Indian state of West Bengal and the country of Bangladesh – have come to the United States off and on for over one hundred years. Up until fifty-odd years ago, they came mainly as visitors; and their ranks included such luminaries as the renowned religious preacher, Swami Vivekananda, the first Asian Nobel Laureate in Literature, Rabindranath Tagore, and the revolutionary fugitive who founded the Communist Parties of both Mexico and India, M.N. Roy. There was also the occasional student like Rathindranath Tagore. Rather rare, though, were people like Nani Gopal Bose, the father of the inventor of the Bose Speakers and Sound System (Amar Gopal Bose), who would stay on in the US to live a lifetime as immigrants.

Things began to change after the Second World War. The United States, as the pre-eminent economic power, directed investments to research and higher education and offered financial inducement to attract students and scholars from around the globe. Before India gained independence from the British in 1947, most Indians looked to Great Britain (and to a lesser extent Germany and France) for higher education. In the 1950s, however, America emerged as the preferred destination for many upward-focused Indian students. A handful of highly qualified Bengali professionals trickled into the US (and Canada) in that period as university professors, research scholars and exchange students. The trickle grew into a steady stream in the 1960s as both graduate and post-graduate students with good academic records from leading Indian universities started flocking in with scholarships and fellowships. They still came, however, as temporary visitors, typically with student or exchange-visitor visas.

Then a true sea change occurred under President Lyndon B. Johnson with the passage of the Immigration and Nationality Act of 1965 (officially enacted in 1968). It abolished the previous national-origins based “quota system” that favored immigrants from northwestern Europe and openly discriminated against Asians and other non-white races for immigration. The new law established a preference system that gave priority to the immigrants’ skills and family relationships with US citizens or residents. It opened up the possibility for the Bengali graduate and post-graduate students (and other visiting professionals) already in the US to apply for and receive “green cards” for the permanent resident status. Armed with green cards, these Bengali professionals could then seek and find jobs in American companies, universities, research laboratories, hospitals and other outfits. Thus began the first genuine wave of Bengali immigrants settling in the United States.

The Immigration Act of 1965 also opened the gate for scientists, engineers, doctors, pharmacists and other professionals (and later their close relatives) to emigrate directly from Bengal. This led to a second and far larger wave of Bengali immigrants coming to the US. Over time, thousands of Bengali professionals with the requisite training and experience successfully applied for green cards at the US Consulate in Kolkata (and elsewhere) and thus immigrated to the US. Many of these individuals, however, did not have jobs waiting for them when they arrived, even though a majority had held responsible positions back home with good remuneration and benefits. Life was naturally far from easy at the beginning for many of these Bengali immigrants, but perseverance and a strong work ethic sooner or later opened up good career opportunities for them.

A third and rather recent wave of Bengali immigration to the US started in the late 1990s with the emergence of a strong IT services industry in India and a concurrent drive by large US corporations to “outsource” white-collar jobs to countries rich in a technically trained work force. As of now, most of these IT professionals work in the US for a few months or years under special, limited-term “work” visas and return to India after their assignments are completed. Some, however, decide to stay on and brave the unconscionably long waiting period for green cards and permanent resident status. Time will tell if this stream of visiting IT professionals will become a major and integral part of the patch quilt history of Bengali immigrants in North America.

Over time, the Bengali immigrants found employment or started business, got married and settled down to raise families. Following in the footsteps of their predecessors from other countries, they created for their offspring a hybrid cultural milieu,  where annaprasanfor the new-born and aashirvad for the newly-wed bracketed a life of shuttling between PTA meetings and scout camps, or bouncing from soccer practices to ballet lessons. The children grew up learning how to navigate the channel between the cultures of their parents and their peers. The stories of the second and succeeding generations are also part of the mosaic of the Bengali immigrants' life experiences and will have a prominent place in this website.

The purpose of our website is to capture the diverse history of these Bengali immigrants and their progeny through the narration of their life experiences in their own words and through essays on important issues affecting them. All immigrants have their own stories to tell: some describe shared experiences while others are unique. Over time, we hope to put up a selection of such narratives from the immigrant Bengali community – our target for both readership and authorship – that will double as entertaining read and historical record. Our intent is to refresh the website periodically with new stories or articles, and archive older ones into assorted categories having to do with the immigrant’s trajectory: arrival, early years, jobs and careers, marriage and family, social activities, retirement, and second generation's experiences. We will also solicit and showcase ruminations of a broader kind, giving philosophical perspectives on the entire immigrant experience. We hope our readership will be pleased and not disappointed with our effort. 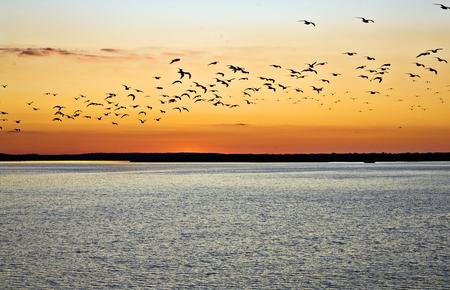