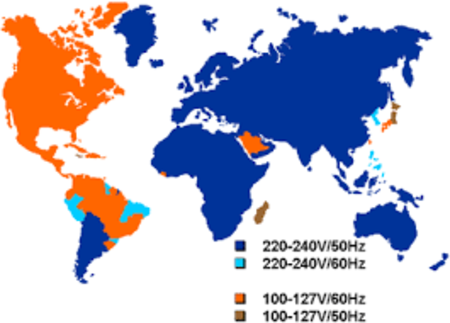 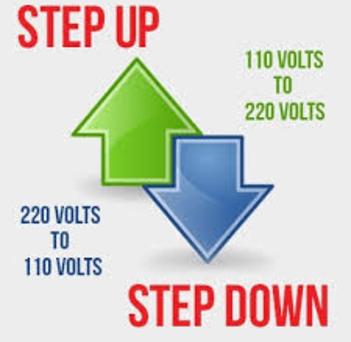 ​​In the nineteen-eighties, a few stores in New York City sold 220 volt appliances, such as radios, two-in-ones, kitchen appliances, rechargeable flashlights and music keyboards. These stores were the must-visit places for those South Asians who wanted to buy electrical items for their folks back home. Unlike the US, South Asian countries use 220 volts electricity. Some stores also sold 110 and 220, dual-voltage appliances. There was one group of Deshis who bought dual-voltage appliances while they lived in America. They made good use of the appliances in 110 volts while in USA, and planned to use the same in 220 volts when they would go back permanently to India. They were the “110-220 voltage Deshis”.

Accountant Ashim Mukherji lived in New York City and engineer Biren Bhattacharjya, lived in Jersey City. Salil Chatterjee and Chittaranja Maity, pharmacy graduates from Jadavpur University, came to US with Green Cards and left. Another US Citizen, Ashim Ghosh of Philadelphia, now lives in Kolkata with other 110-220 volt-voltage Deshis. They had  strong motivation and lots of courage to go back to India.

"Dual Voltage Deshis" were legal (i.e., naturalized) US citizens and had professional jobs; still they considered themselves as non-permanent residents because they had plans to go back to their native land for good. They thought that America offered more comfort than joy. They purchased 110-220 volt appliances although such products were more expensive than their single-voltage counterparts, but this group did not mind. They thought that their extra spending was a smart idea; they would not need to buy additional appliances or new transformers in India, and would thus save money in the long run.

As a part of their continual preparation for eventual return to India, they maintained a frugal life-style. They never paid attention to American sports but played tennis in free municipality courts. Their pastime was growing kitchen vegetables and tutoring their children, which helped the children to excel academically. They also continued their nonstop planning to go back to India.

In the weekend get-togethers, they pointed out the downsides of the American social system: the loneliness, the indifferent attitudes of the people, the high cost of medical treatment, and so on. Perhaps they wanted to justify their dual-voltage life plans, perhaps they wanted to generate moral support from their peers.

One of them made a comment that he did not want to die alone in a sterile room in the US; he would rather die where he would be surrounded by his family, friends and neighbors. “At the end of the day, we are going to die anyway” he continued, “the modern treatments in USA will just keep me alive longer and  extend my misery.”

They never accepted the fact that there were many good things in this country too. When they tried to talk about their dual-voltage life-style dreams, some people just moved away from them, saying to themselves, “Not again!”.

I was one of those who did not like the dual-voltage life-style idea. My priority was different then, I was trying hard to have a foothold here in the US.

I never supported the dreams of dual-voltage Deshis… but I have now changed my position after many decades of living in USA.

When I criticized them, I was new to this country, I was drawn to the glitter, comfort, abundance and affluence in America; I was impressed with the equal-opportunity and non-discrimination concepts, which were new to me. I was amazed to see policemen helping ordinary citizens without any rewards; I could not believe that flag burning was accepted as part of freedom of expression. I never imagined that the Justice Department could bring about the downfall of a US President, the most powerful person on the globe, for telling lies.

Now that I am in my late sixties, after having lived in USA for four decades, I have changed my position. I no longer argue against my 110-220 volt-minded countrymen.

I contemplate differently and appreciate the state of mind of the 110-220 volt people better than before. I never tried earlier to appreciate their logic, their pain, concerns and passion. I never appreciated their dilemma – which is that while they lived here, emotionally they did not belong to America.

Recently I travelled to Vietnam and learnt that they too had the dual-voltage phenomenon. Their "Boat People" who had emigrated to the US, Canada and Australia started coming back to live in Vietnam. The mass exodus of thousands of the "boat people" from South Vietnam in the seventies was very well known. Young and old, men and women, kids, infants, pregnant women -- all left by fishing boats. They had to go through unbelievable misery, spending hellishly hot days staying inside the boat holds; many of them died on the ocean, and pirates killed many of them before extracting their gold teeth.  People from South Vietnam and many citizens of Chinese origin left the country to avoid discrimination and subjugation by the new Communist government of Vietnam. After several decades, however, many of them came back even though the regime in Vietnam had not changed.

Going back to the origin is not exactly a new phenomenon. Monarch butterflies do fly every year from Canada to Mexico; whales migrate across the Pacific; caribous and wildebeest run thousands of miles; migratory birds fly across continents and salmons roam in the oceans for years and then swim hundreds of miles upstream againstthe flow of the mountain rivers, ignoring all perils and obstacles, to come to the spawning ground at the end of their life.

The late Manoj Bhowmick, a resident of New York, wrote about the emotional struggles of the immigrants, including raising children, in his novel Eai Dweep, Eai Nirbasan.

Rabindra Nath Thakur had sent back Rahamat Kubliwala & Fatik Chakraborty (in Chuti) to their own origins.

Most of the dual-voltage-minded Deshis, however, could not go back to India.

Additionally, some of those who went back had to come back to USA after trying very hard to cope with the reality in India. Ashim and Anju Mukherji were among them.

Re-settling in India after living abroad for many years was not easy. India's economy had developed rapidly, the culture as well as the mindset during the last few decades had changed while the dual-voltage group was away. Living cost in India had shot up higher than their expectations. Many of them did not get suitable jobs; even if they did, they had difficulty adjusting to the work environment. One of my favorite professors, who had come from USA to the Jadavpur University, had to leave after a couple of years, feeling like a misfit.

The wives of dual-voltage Deshis would grow tired of the heat and humidity in India, the shortage of electricity and cooking gas cylinders, and so on. They faced a hard time without washing machines and dishwashers.

Getting a child admitted to a good school was very difficult; the distance and transportation need to schools forced them to live in areas where they did not plan to settle down. Their children had problems with the Indian teaching methods and in communicating with their classmates.

Men had difficulty in social life too. Their old friends could not hang around like before. Making new friends was not easy -- they had not kept track of the new crop of movie actors, musicians, cricket players and politicians while living in America. They naturally felt like fish out of water. They had to return with broken hearts and settle in new cities in the US, and stayed away, like defeated soldiers, from the people they had known and befriended earlier.

Change is always painful; so people tend to avoid it. We had to change our lifestyle in USA because we were compelled to. Now we got used to the adopted life style. No one would like to go through the pain to adapt and adjust to another life style. Dual-Volt group dared to embrace that voluntary change.

I was near-sighted, I saw a few trees but not the whole forest then; I did not appreciate the guts, the dedicatton and effort on their part to pursue the dream they cared for.

Our friends Dhruba and Briti Kundu had that inner strength to leave their comfortable life in USA and start a new life in India, which they found more enjoyable and rewarding.

Dipankar and Kalpana Dutta of Long Island have built PEACE, a large and beautiful place in a wooded and peaceful environment in a Kolkata suburb, as living quarters for one hundred seniors. They manage the day-to-day operations, including oversight of nutritional diet and medical care. The children of the senior residents are in peace because their parents are not lonely; they have companions and security.

That’s not all. Kalpana Dutta, a cancer survivor, started cancer awareness camps for rural women. Those awareness and screening camps identified several cancer patients in early stages of the disease. Both Kalpana and Dipankar find their activities both gratifying and worthwhile.

We all justify what we do. Reality forced us to give up what we cherished before.

It has not been easy for the first generation of immigrants to accept and adopt an alien country as a place to live. Therefore, we try our best to make a home away from home; we try our best to preserve and participate in our drama, music, language, practice of religion, celebration of festivals and attendance at NABC.

The 110-220 volt psyche dwells inside in the minds of the immigrants only; some feel its pull more than others.

Note: Readers interested in commenting on this article should email to debsmee572@gmail.com