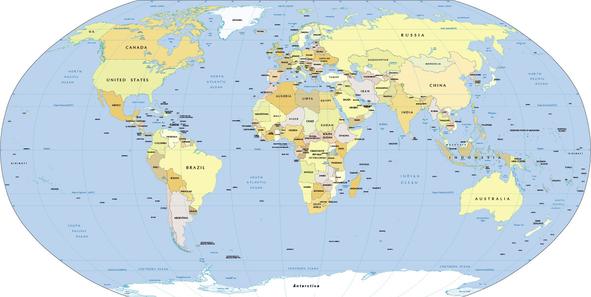 The only constant is change: I have heard it said.

Here is the story of my three careers across three countries in three continents. I started as a student of physics, graduating with a B.Sc. (physics honors), and then completed the physics M.Sc. program from the University of Calcutta. For the M.Sc., I took biophysics as my special subject where I had my first brief contact with molecular biology. The physical and chemical properties of DNA, RNA and proteins and their fundamental role in the mystery of life opened an amazing new world to me. I wanted to do my Ph.D. in biophysics in the USA.

But, after my M.Sc., I took a year off to teach physics in a school for tribal children in Arunachal Pradesh. That was an adventure in itself and will require a separate article to do it justice. Suffice to say that the boarding school was located in the midst of a dense jungle with wild elephants, deer, tigers and leopards (one killed a goat close to my living quarters).

I came back to Calcutta and browsed through university catalogs at the local United States Information Services (USIS) library, I decided to join the group of a professor studying physical properties of nucleic acids at the University of Delaware (UD). I applied and was admitted to the physics graduate program with a teaching assistantship. I packed my bags, got my passport and tickets, said farewell to family and friends, and one bright summer day, turned up at the UD physics department and asked to meet my future research advisor. I was met with quizzical looks. It turned out that the professor had died some months before, but the information had not reached me in time. In the ‘80s (before Internet) printed materials were often sent by sea mail (real slow, sometimes took months to arrive). So…, I was left scratching my head, contemplating my next move. I had come a long way! What should I do? I had student visa requirements to fulfil, very little money and I was far from home. Luckily, the professors were extremely understanding and helpful. That summer, I taught physics lab courses and contemplated my future.

Every university has an orientation class for foreign students, with just cause. We were told that a cigarette is not a ‘fag’ and that you erase pencil marks with an eraser, not a ‘rubber’. I did not understand why, but it soon became abundantly clear. Teaching students in my physics labs I would say, “the three spatial co-ordinates are x, y and z (zed).” I would be met with blank stares until another Indian graduate student told me that in the US, z is pronounced as ‘zee’. OK, lesson learnt. But learning was a two-way street.  On occasion, I would learn from my students. It was party time during summer with plenty of hot dog and beer bashes. I was invited to such a party where I saw a flyer hanging on the wall: “Beer and wieners provided.” Having no clue, I raised my voice above the din and asked my students, “What is a wiener?”

There was a momentary, awkward silence in the room.

“Where did you get that?” someone asked.

“There, hanging on the wall,” I pointed.

“But it can also mean something else,” chimed in another good looking girl with a smile I could not then decipher. It would be a while before I understood the second meaning.

One day I was taking a short cut through the biology department when I saw an outline of a graduate cell biology course advertised for the next semester. I liked it immediately. I met the professor, told him my story and my desire to do a Ph.D. in biology even though I had not taken a single college level biology course in my life. Again I got the quizzical “you can’t be serious” look. But, he accepted me with the following conditions. I had to get an A in his course and I had to take the biology Graduate Record Examination (GRE). In time, I did both and was admitted to the biology graduate program. There were a lot of new things to learn, make up courses to take, lab courses to teach and find time to do research. It was a wonderful learning experience and I thoroughly enjoyed it. Towards the end of the program, roughly two years before I finished graduate school, I got married. Life was good. One could write a thesis or spend hours discussing how it felt living close to poverty supporting two adults on one graduate student stipend. But, looking back, those were happy, carefree times. We ate well (my wife is an excellent cook), drove to parks and attractions nearby, had no mortgage or health insurance to worry about, and did not have a care in the world beyond graduating. Plus, being the new couple on the block, we were often invited to dinner by dadas and boudis of the local Bengali diaspora. It felt very much like home.

After my Ph. D, we moved to France where I did a post doc at CNRS/LGME, Faculté de Médicine, Strasbourg. Again the packing of bags, obtaining of visas, fond farewells and the start of a new life on another continent.

We spent three years there. It was hard work, but we found time to travel through Europe, immerse ourselves in the ancient history and sample the cuisine. In France, we fell in love with the large, delectable selection of breads, cheeses and wines. We travelled the length and breadth of the route du vin sampling at every stop. At work, we had lunch in the cafeteria. It was a big meal accompanied by beer or wine. No part of the animal was wasted. We had brain, liver, kidneys, thymus, stomach, even testicles. On occasion, we had frog legs. That didn’t taste like chicken but more like fish. Everybody, from the janitor to the Institute Director, ate the same meal sitting side by side in the same cafeteria, but paid differently according to their paygrade. It was all refreshingly egalitarian.

We returned to the US and I began my professional career. I worked for twenty-three years in the pharmaceutical industry as a research biologist, the last sixteen years in metabolic disease drug discovery with a large pharmaceutical company. In 2013 there was a restructuring, the company ended R&D efforts in diabetes and eliminated several positions, including mine.  I took the severance package and found myself once again thinking, “what next”? I spent some time contemplating whether I wanted to continue on the career track I was in. It had its compensations. But at the same time I was thinking: do I want my future in the hands of others who can terminate me again at any time to satisfy the latest corporate diktat? My heart said no. I wanted to do something entirely different, something that would be enjoyable, keeping me happily awake at night and dreaming during the day. I decided to pursue my hobbies: traveling, reading and writing. I now have a lot of free time (an awesome luxury) to indulge in these.

I wrote some articles on wild life that I had seen and photographed on safaris in India and Nepal and sent them to journals and blogs. They were accepted. Then I wrote some opinion-pieces on the Nepal Earthquake and European Refugee crisis which were accepted in local newspapers. I now have my own blog: www.ranjanmukherjee.com. This is the jackpot; I don’t even need a publisher. I just punch the ‘publish’ tab. In addition, I am translating several Bengali short stories into English to bring the wealth of Bengali literature to our global readers. These activities keep my happily engaged.

I have been retired for two years. In a word, it is ‘awesome’. I do not need an alarm clock to wake up, I let the sun and my own circadian clock wake me. I am not a slave to the daily commute over icy, slippery roads. Life is good again. My wife is very supportive. I have not put on too much weight; a little is expected.

Over the years, my career has taken sudden, unexpected twists and turns. I accepted challenges as they came.  I have given seminars to college students on career choices. I have told them to pursue their passions but be prepared for the unexpected, using my own story as an example. I believe a job is a means to an end, to enable one to appreciate and enjoy life wisely. I have followed this principle and have had a lot of fun.

I have lived in India, France and in the USA. My sojourn in Europe has added a dimension to my world view not usually obtained on a brief, casual trip and hopefully will help make me a better ‘World Citizen’. After trying my hand as a physics teacher and a molecular biologist, I am happily trying my wings as a fledgling writer.

Readers interested in commenting on this article should email their remarks to amitabhanj@gmail.com or debsmee572@gmail.com

Comments received from Pabitra S. on June 3, 2016: "All three pieces were extremely good reading in a very positive sense. I thank the writers, as I thank you (the editors) for these posts."