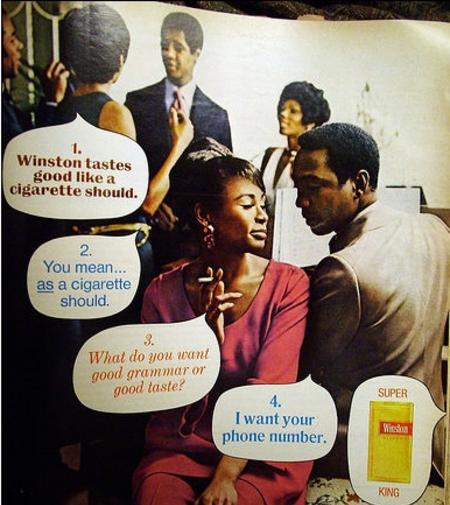 My Changing Attitude to Advertisements

When I was young and in India, I fancied myself immune to the lure of advertisements. I was exposed to a lot of them of course – in print media (newspapers, magazines) and on the air (radio only, because television was not yet available in the country). It was impossible to avoid the clever phrases, nice jingles and cute ditties that assorted pitchmen were hurling in our direction. Many of them were in fact entertaining, and I can still remember and recite (or hum) some of them.

The conceit I had was to imagine myself as distinctly different from the hoi polloi. Let them be influenced by ads, or so I thought. On my part, I would not be swayed by couplets or jingles to look favorably upon the products being hawked, be they bar soaps for body and/or laundry (Sunlight, Lux, Rexona), toothpastes (Colgate, Pepsodent), analgesics (Aspro, Anacin, Saridon), and so on. I would buy an item based only on quality and affordability (i.e., cost), not tall claims in print or sweet purrs of persuasion wafting from a radio.

What I did not realize in my callowness of youth was that my smug self-satisfaction was based on imperfect reasoning. In India, I was ever a student and never a wage earner. Rather than me buying things, they were generally bought for me. When I was sent to shop for something, the items were generally specified. Choice was not something I was entrusted with; it was made on my behalf.

Things changed dramatically when I came to the US for higher studies.

For the first time, thanks to assistantships, I began to earn money. And I had to buy my own stuff without much guidance, save for the occasional tip provided by senior students.

My trouble began with toiletries. Not that I did not know what to buy. The problem was that the brand names I wanted to buy were oftentimes non-existent. I would go to a grocery store to buy a bar of soap, for example, and face a sea of unknown brands. A plethora of choices and no guidance! I recall buying Lifebuoy soap once, not because I liked the product but because I was familiar with the name from India.

The next issue was with toothpastes, and it was interesting as well as frustrating. Back in India, I was using a brand of toothpaste called Forhan’s – named apparently after its American creator, Dr. Forhan, DDS. I fully expected to find the brand in America. Imagine my surprise not finding it on the grocery store shelf. The lion’s share of the shelf was taken up by a new brand, Crest, which was previously unknown to me. The lucky presence of Colgate and Pepsodent saved me from a total meltdown!

And so it went with other items of toiletry. I was slowly getting familiar with assorted American brands when, all of a sudden, a TV advertisement appeared as a godsend in my state of anxiety and confusion. It unexpectedly lifted a big load off my shoulder.

The immediate issue for me was to buy safety razor blades. Should I choose Gillette, a pricey brand I knew, or its lesser known but less pricey competitors?

With the razor blade question jamming my mind, I was watching a TV show when – voila! – I had my answer. There came an ad break with a clip that showed two sharp swords crossing with a loud clank. Following it was the name of the product being advertised: the Wilkinson Sword blade. I was truly sold!

For the next two decades and more, I exclusively kept using Wilkinson Sword blades for shaving. I took them to India for my father and other relatives, much to their delight. My preference slowly changed with the advent of newer razor blade technologies, like Trac II and Mach3. Wilkinson did not keep pace and the brand was eventually bought out by competitors.

Wilkinson Sword was not necessarily the best razor blade on offer at the time I was using them. It simply marked a pivotal point in my transition from a snobbish disdainer of advertisements to an appreciator of their benefits as a guide in a new and unfamiliar world.

I began to allow TV ads to direct me to name brands of quotidian stuff in America. Their convenience outweighed any concern about tendentiousness. One example I fondly recall is my choice of Ajax for laundry detergent. I loved the ad of a white knight tilting his lance at clothes on a clothesline and instantly turning them white. This was a case of deliberate preference on my part among ads for competing products. History has not been kind to my choice. Ajax is now a virtual no-show on grocery store shelves, where Tide reigns supreme (and is hard to avoid).

This story will remain incomplete if I do not include in it the influence of advertisements on a vice of mine: smoking.

I was never a heavy smoker, but I smoked a few cigarettes a day in India -- out of sight of family members to avoid censure. Back in the mid-60s, the brands popular with Indian teenagers were Panama and Charminar. You could buy cigarettes singly or in packets of ten at corner shops.

On coming to the USA, I had to negotiate several challenges to sustain my vice. The easiest way to buy cigarettes, I found out, was to buy packs of twenty from a vending machine. Such machines were ubiquitous, but I had to learn how to operate them. Next, I had to figure out which brand to buy, because the brands I was familiar with in India were not available here. Finally, I had to decide among options: with-filter, without-filter, mentholated, and so on.

I went on trying various brands. Chesterfield gave my lungs a jolt that I will never forget. (The only comparable experience I had a few years later was when smoking Gauloises in France.) The cool sensation of menthol in my throat was both unfamiliar and unattractive. It was clear that Winston was the top dog among the many brands, and Salem was its mentholated cousin.

While I was mulling over my choices, I came across a jingle on TV that was in a way life-changing for me. It went:

To the lover.
It’s the bride’s consent.
To the smoker,
It’s the Kent

The ad was for a lesser-known brand of cigarettes called Kent, and it hooked me to it. I stuck with Kent for two-plus decades.

Back in the olden days, cigarette advertisements were big. Marlboro parlayed the image of the mythical Marlboro man – a rugged cowboy riding his horse into the sunset – to wrest the No. 1 spot from Winston.as the best-selling cigarette brand in the US. Kent blithely declared itself to be the “World’s Finest Cigarettes,” without ever explaining what the term actually meant. But, for pure chutzpah in advertising, Winston took the cake.

Shortly after I came to the United States, Winston rolled out their ad campaign with the slogan: “Winston tastes good, like a cigarette should.” The grammarian in me was aghast. I had been taught all along that the proper adverb in this context should be “as” and not “like.” How could Winston make such an elementary mistake?

The answer came a few years later in a second ad meant as a one-two punch. It showed an English school teacher correcting the grammar, changing the “like” to an “as,” followed by this clever refrain: “What do you want? Good grammar or good taste?” Was it a case of humor aforethought?

Over time, I began to appreciate the cleverness and talent of advertisement script writers. Witty and amusing advertisements anywhere, be it India or America, would grab the reader’s (or listener’s) attention and hijack their brain to have it constantly recite the jingle (or hum the tune). There is a John Barth novel where the protagonist cannot shake off his mind this Pepsi TV commercial, “Pepsi cola hits the spot. Twelve full ounces, that’s a lot.” While that was before my time in the US, there have been other memorable jingles since I arrived in this country. Who among those in my age group could ever forget “Plop Plop, Fizz Fizz / Oh what a relief it is” (Alka Seltzer) or “Here comes the king / Here comes the big number one” (Budweiser)?

What do I think of advertisements after all these years? Have I become a sucker for their siren call? Hardly. On the positive side, I now know that ads can be terrific for new product introduction or product placement. They have eased my life by leading me to choices that are acceptable if not always the greatest. The best of advertisements can be entertaining to boot. Within a limited timeframe of thirty seconds or less, they reveal their creator’s imaginativeness and talent for wordplay and poetry and/or musicality. I must temper my effusiveness, however, with this caveat emptor. One must never lose sight of the fact that advertisements in the end are meant to sell products. I remain leery of ads with head-to-head product comparison on features – such as the blind taste test between beverages, or the absorbability test between competing paper towel brands. Such results should be accepted with a hefty pinch of salt. I also by and large shy away from advertisements which urge viewers to call some toll-free number within a brief time window to buy outstanding products at steeply discounted prices. Some of them may indeed be great bargains, but I worry about running into a snake-oil salesman and prefer to be safe rather than sorry.

In conclusion, my youthful hauteur about advertisements has been replaced by an attitude that is far more nuanced. On balance, I would rather be singing a paean to them – and certainly not a dirge.

Comments received from Alok C. on 10/11/2022 ... I read your piece on advertisement. By the way, in this area there is classic book, called " Media is the Message" by Marshall McLuhan. Another classic is  "Hidden Persuaders" by Vance Packard. Both are short and extremely readable book. If have time , take a look at it.

​Comments received from Prasanta R. on 10/20/2022 ... Yours is a trip down memory lane marked by much clarity of recall. You have discerned and presented the evolution of your thoughts on adverts so concisely and at the same time so thoroughly. It's a mature work but it wears the maturity so lightly it mightn't show to the undiscerning eye. Good one. Loved reading it! Cheers!
​​