I encountered many new (and sometimes strange) customs and practices in American culture after I came to this country. One of the more appealing ones was eating at an "All You Can Eat" (AYCE) buffet. I say that because, unlike drinking, dancing, dating, driving and many other "American" activities, I could instantly engage in this practice all by myself and at the same time thoroughly enjoy it. I did not even have to interact with anyone like a waitress or a cook or some companion.

I had not seen anything like this in India. The closest thing to an AYCE arrangement was a wedding feast but even there, food was served by a server; one could not just walk back to the food tables and take whatever one liked and in whatever amount one pleased. As a result, there was certainly an inhibition on the part of the guest as far as how much he/she could eat. However, there always used to be some guy, typically a distant relative on the groom's party, who would eat twenty pieces of fish or thirty pieces of rasagolla. I understand that these days, food catering has become very common on various festive occasions back in India. These are also AYCE concepts, but food is served by someone from the catering company.

According to Wikipedia the concept of AYCE originated in Europe, first in the form of "Smorgasbord" in Sweden, and later expanded into other countries like France and England. The first major appearance of the tradition in USA was reportedly in 1939 during the New York World's Fair.

While it was very popular in the USA during the seventies and eighties, the popularity of smorgasbord has declined considerably in recent decades, presumably because of health-related concerns from over-eating. Still the AYCE practice seems to be nearly as integral a part of American culture as baseball and Chevrolet. It also perfectly fits the mindset of Americans for instant gratification. Perhaps it is also an expression of freedom to do whatever one pleases and a display of opulence. The clincher is the low price of a buffet compared to the price of a comparable dinner at any other restaurant.

My first exposure to a smorgasbord was at a Swedish restaurant called "Sveden House" in Milwaukee, Wisconsin. Frankly speaking, I did not like many of the food items. Subsequently, I discovered that there was a wide choice available in AYCE buffets: salad bars, fish fries (especially on Fridays), Asian food, pizza, fried chicken, Indian food (during lunch) as well as full-blown multi-course American dinners including coffee and dessert. My particular favorite was "Sizzler" where I could order steak and get AYCE salad bar on the side.

AYCEs were striking to me for a number of reasons. My first concern was how the restaurants could manage to remain profitable in spite of providing a seemingly unlimited supply of food to every diner. I rationalized that since the restaurants did not have to hire waiters or waitresses to take orders and serve food, there had to be considerable cost savings there. Also, the cooks did not have to cook differently for different customers in a customized way; all food could presumably be prepared in bulk using some cost-effective process.

Of course, the quality of the food did not have to be that good, thus offering another opportunity for cost-cutting. I also realized that no matter how hungry a person is, the amount of food intake is limited by the size of his/her stomach. The availability of a variety of food does not necessarily mean that a person could eat more. On the contrary, he/she might end up eating less because of the clash of tastes of all the different food items.

My second concern was the wastage of food. Since each person is allowed to take whatever amount he pleases it is inevitable that he would not be able to eat everything he takes on his plate. This results in the obvious wastage of a considerable amount of food. I remembered the admonition of my youth, "Finish your food! Don’t you know that there are starving kids in India?" I always wish whenever I go to an AYCE buffet that there was a way to ship all the leftover food to some poor neighborhoods in India. Even in this country, I do not know why homeless people are not routinely fed with the leftover food.

Indeed, I often wonder what they do with both wasted food and leftover food. I suspect that they are all dumped into garbage bins sooner or later. If it were in India, this food could feed hundreds of hungry children. This is certainly sad! There are "kangali bhojans" (Feeding the Destitute) in India, but I am sure the food served on those occasions is very basic and as nothing compared to that in an AYCE buffet. An American friend once pointed out to me the irony of eating an AYCE lunch buffet at an Indian restaurant called "Gandhi," which featured a rather skeletal looking figure of the Mahatma wearing his trademarked "mini dhoti" on its signboard!

I am also fairly certain that this kind of binge eating is contributing significantly to the obesity problem in this country. Frequent dining out at AYCE can lead to a habit of over-eating and/or eating all kinds of unhealthy food. I do not know if there has ever been any movement to control these buffets by labeling them as some type of health hazard or imposing high taxes like those on cigarette smoking.

Nonetheless, I like to go to AYCE buffets even at this age. As I am growing old, it is no longer the amount of food but the variety of food that appeals to me. I do not have to worry like I do at a regular restaurant if I would really like the item I ordered where my choices from the menu were limited to begin with. I can simply sample all kinds of food first by taking just small bites and then decide what I want to eat more. The buffets are usually very complete including everything from soup and salad to desserts.

I like the festive atmosphere of a buffet. It almost seems like a giant picnic or some celebration going on with lots of children and noise and one can be very casual in one's attire as well as manners. It is perfect for family dining. Learning how to serve themselves can be great fun and the source of excitement for little kids. Being frugal in nature, I also like the fact that I do not have to tip anyone.

During my financially struggling years of graduate studies and even the early periods of my professional career, I discovered that, by going to an AYCE buffet in mid-afternoon, I could combine a late lunch and early dinner and just have one meal for the entire day at a bargain price.

There is also no pressure on eating fast. One can make one round at the buffet counters, take some rest – perhaps even a short nap -- for proper digestion and then go for second or third servings. Restrooms are available nearby if necessary.

On a philosophical/political note, I also regard the AYCE buffets as inclusive community gatherings where people from all social and economic strata can come and enjoy a meal together.

The most impressive sumptuous buffets to me are the ones that are offered at Casinos, especially  the ones in Las Vegas. Being diabetic I felt that I was in heaven when I was eating at one such casino where the buffet had an entire showcase of sugar-free desserts!

I have traveled to many countries and not encountered such buffets anywhere except for breakfast. I have been to Brazilian restaurants in Texas and Mexico where food is not only AYCE, but various types of food (mostly red meat prepared in a multitude of different ways) are periodically brought to your table and you dictate the size of the portion served. I do not know if this is very common in Brazil.

During one of my many business trips to Tokyo during the nineties (where food is both very expensive and served in small portions) a colleague of mine and I were thrilled to see an AYCE restaurant serving the Japanese dish "shabu shabu"  for $25 per person (a bargain price by Tokyo standard at the time). Shabu shabu consists of very thin slices of “marbled” (I.e. with high fat content) beef thrown in boiling water for a couple of minutes and then served with a very savory sesame sauce.  We immediately opted for this food and started to really enjoy the dinner. After about one hour the waitress very politely informed us that our time was up. In other words, there AYCE deal was really an "AYCE in one hour" deal. We either missed the fine print or that was the Japanese interpretation of AYCE!

The most significant aspect of AYCE buffets is that they demonstrate that it is possible to prepare tasty meals on a huge scale in a very cost-effective way in order to feed a mass of people.  The soup kitchens around the country probably use similar preparation techniques.  I understand that the soup kitchen idea has been catching on in India.  Ultimately, the triumph of the AYCE buffet concept would lie in the utilization of the principles behind its operation to feed the poor and the hungry!

The wife of a friend of mine was listening one time to my AYCE stories. She calmly said that "my husband has an AYCE arrangement with me every night".  I looked at her with inquisitive eyes because my friend was quite skinny and not known to be a heavy eater. She continued "well, after he starts eating, I come to the table at one point and simply tell him 'that is al you can eat'". 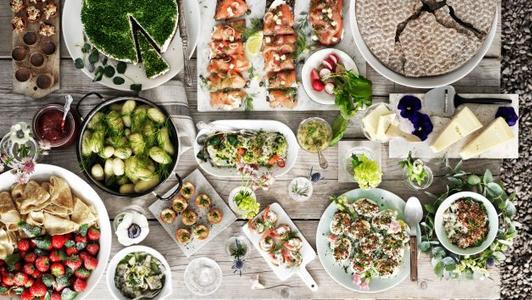 All I Can Write about All You Can Eat Buffets 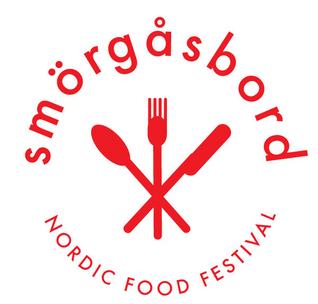