The ZCCM copper mines were in Chililabombwe in the northernmost part of Zambia, close to the Zaire border. (The name Chililabombwe means “The Place of the Croaking Frogs.”) Kenneth Kaunda was still the President when I arrived there with my family in June of 1980.

I joined an expat community of about 200 families. Of them there were 45 Indian (including 5 Bengali) families. The expat community enjoyed a lavish lifestyle, supported by 11 clubs. Local labor was plentiful and readily available. We had access to all kinds of vegetables, some grown in our kitchen gardens. Banana was the most common and widely available fruit. I stayed there till 1985.

The one issue in Zambia, though, involved children’s education. There was a local English language school that went up to grade 6. After that, the mining company supported all-expense-paid education (including managed travel) for schooling abroad -- anywhere in the world -- for the employees’ children. I sent my daughter, our eldest child, to boarding school in Kodaikanal. In 1985, when the time came for me to think seriously about sending my two boys to attend, say, the Mayo College in Ajmer, I also decided to take a break and come to USA.

In July 1985, I packed my bags, pooled my resources, resigned from ZCCM, and came with my family to Los Angeles where my sister lived. I resigned with some understanding with my bosses that I would be hired back to Zambia if my foray in the US proved unsuccessful.

I found menial work at Church’s Fried Chicken and sent out oodles of applications to American mining companies with no success. My situation could be aptly described by the popular phrase, “Apply Apply No Reply.” Distance seemed to be a factor; so doing actual legwork in search of a job seemed sensible and appealing to me.

I bought a car and, at the suggestion of a friend, drove to and through the mining country of the US: Pennsylvania, North Carolina, South Carolina, Kentucky and Virginia. Before I embarked on the long travel, I had imagined that with my experience, i.e., 17 years in India and 5 years in Zambia, most of it in a senior capacity, I would easily find a job.  Little did I know how wrong I was. I got mixed reception but with a common theme – experience outside USA does not count. Interviewers appreciated my experience but offered me only entry-level mining jobs. My efforts through October, November and mid-December yielded just two job offers -- for me to join as an apprentice in coal mines. With my mining background and age, this was not something I was willing to do.

Finally, around December 15, a friend of mine told me of a vacancy at the Department of Mine Safety in Charleston, West Virginia. I managed to land an interview with the Chief Mining Engineer on a Thursday of the week before Christmas. The interview went so well that I got a verbal job offer, subject to medical test, to be followed by a written offer with salary. My luck was beginning to change at last!

That Friday evening began a downpour that was incessant, and it came on the heels of the 1985 Election Day Floods (https://en.wikipedia.org/wiki/1985_Election_day_floods) – also known as the Killer Floods of 1985. Taken together, they were the worst floods in WV in 100 years and led to widespread property destruction and considerable loss of lives. The Governor declared a state of emergency and froze all hiring by the state government. I heard about it on the Sunday evening newscast.

The Chief Engineer called and confirmed the news on Monday. He told me to come back in one year. I was completely heart broken. I decided then that there was no hope for me in the mining industry in USA. 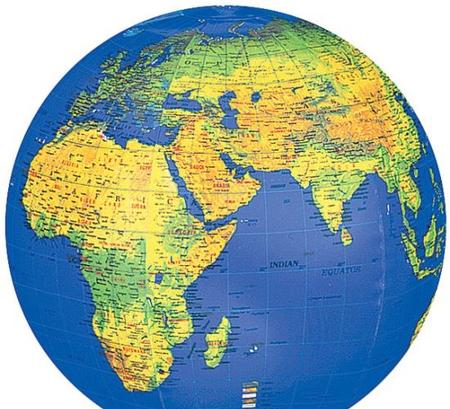 I returned to LA and called up my boss in Zambia. He offered to bring me back. He said that he would send me the offer letter, but the official papers (i.e., Work Permit) would take six months for processing.

In the meantime, I joined Church’s Fried Chicken as Assistant Manager.

Around this time, Sudipta (Basu) Ghosh told me about an accelerated (6-month) computer course in a technical school in Los Angeles. I signed up for it, spending my days in school and evenings at the fast food store.

After the course, I heard of and joined a software training class offered by Continental Airlines. I passed a test following the course and was hired as an entry-level IT professional – a position that, after a series of outsourcing and merger and acquisition, would take me to EDS and finally Hewlett Packard (HP).

The same day as I received the Continental offer letter, I also received the Zambian government work permit in the mail. My family was unanimous in wanting to stay in the US. I called Zambia (ZMCC) to decline their offer. My former boss sincerely complimented me on my career change. I retired in 2013 after 28 years with the same organization. I have never regretted my decision to change career. The Wheel of Life, and career did indeed turn for me, and it was for the better by far!

If you would like to comment on this article, please email your remarks to amitabhanj@gmail.com o debsmee572@gmail.com

When I bought my own car in 1968 and became one of the youngest colliery managers in Raniganj (near Asansol) in 1969, little did I imagine that injust over ten years, I would be trotting the globe in search of a better life for me and my family. Yet that is exactly what happened, and here is an account of the strange and unexpected ways in which the wheel of life and fortune turns.

I was not a bad student in my school days and after Intermediate Science, I had my choice of going to any of India’s premier engineering colleges: Indian Institute of Technology (IIT), Bengal Engineering (BE) College of Shibpur, Banaras Hindu University (BHU), and the University of Roorkee. I chose instead, somewhat to my family’s disappointment, to go to the Indian School of Mines (ISM) at Dhanbad in Bihar (now Jharkhand). One attraction for me was the sight of mining engineers I knew wearing khaki shorts, living in large bungalows and driving their own automobiles.

After graduating in 1963, I went quickly through my post-engineering training, getting my first and second class certificates in less than two years. After a stint working at coal mines and passing a Competency Test administered by the Government of India (GoI), I became a colliery manager in the Raniganj coal belt. I had a house with helpers all paid for by my employer. I had my own car. What more could a young fellow want?

The sky came crashing down and my halcyon days were gone when GOI decided to nationalize coal mines. This was done in two phases: coking coal mines were nationalized in 1971-72 and non-coking coal mines in 1973. By May 1, 1973, the entire coal industry in India came under central government control. The impact on me was immediate and severe. My take-home pay was cut to one-third, and all the perks were taken away. The bottom fell out when the new colliery manager (a GOI appointee) pressed me for underhand (or kickback) money and I refused. A transfer for me was inevitable.

I was moved to Ranchi in May-June of 1973 and began working in the Planning and Design section of the newly established Coal India Limited. After some two years, around 1975-76, I was sent to Asansol as the Superintendent of Mines to open a branch office there. I stayed at Asansol and never asked for another transfer. Financial hardship was obvious as you can well imagine the difficulty of downgrading the life style.  By then I had three kids, two of whom were born after the nationalization.

Right around this time, a friend of mine brought to my attention a newspaper ad for engineers from the Zambia Consolidated Copper Mines (ZCCM). I applied and was called for an interview at the Grand Hotel of Kolkata in 1979. The interview went well and led to an offer as a Senior Design Engineer at an attractive salary. I inquired and found out that my posting would be in a pretty part of Zambia with very nice weather and good surroundings. I decided to take a chance and accepted the offer.

Also in late 1979, my sister who had emigrated to California sponsored me and my family for Green Cards so that we might come to the United States as immigrants.Type your paragraph here.