I had only one occasion of listening to an American before I came to this country. It was some physicist who presented a colloquium in the physics department of Presidency College. Frankly I did not understand a word of what he said. I attended a "Bengali-medium" high school in a mafassal (suburban) town of Kolkata where English was our second language and taught by teachers who never spoke English outside the classroom. I had not read any book in English beyond what was in our required reading and we did not have facilities like the USIS or some large city library where one could go and read magazines like TIME or LIFE or even the Illustrated Weekly of India.

I was quite content with my score of 127 in the Higher Secondary examination because it was considered to be "first division marks". I could understand English spoken by Indians (especially the commentators of cricket test matches and news reporters on radio), but I was very awkward in my own English-speaking ability. I had to translate every word from Bengali to English in my head before I opened my mouth to speak in English. It was even more difficult to carry out all these interactions in a way the British had shown us which meant speaking fast with a British accent. So it was really not a surprise that the speech by the physicist delivered in a nasal American accent went completely above my head.

Although I managed to converse with airlines flight attendants, customs officers, taxi drivers, waiters at restaurants etc. during my maiden journey from India to USA, the first real test of my ability to communicate with the Americans came on the first day of school. I came with a teaching assistantship and was assigned to teach three different physics labs. One of the labs was scheduled on the very first day of school and involved measurement of electrical resistance by using a circuit arrangement called "Wheatstone Bridge". The professor who supervised the labs had already instructed all teaching assistants that we had to give a ten or fifteen-minute introduction to the equipment used and the principle behind the measurement at the beginning of the lab. Then it was just a matter of standing by for the rest of the period to answer any question or show them the correct way in case they were doing things wrong.

"A piece of cake" I thought. Perhaps I was a little too confident. I stumbled as soon as I said "...next you have to connect one terminal of the ammeter to one terminal of the rheostat...". Judging by the complete blank faces of ALL the students I realized that I had said something wrong. I tried a couple of more times to no avail. There was no difficult word in my sentence which I might have mispronounced. I even held the rheostat up in my hand to make sure which device I meant by that word. After several minutes, one student came to my rescue; "Oh, you mean 'hook up'"? Finally I realized my mistake: I should have said "hook up" instead of "connect"!

The incident bothered me because I felt that even if everyone commonly used the term "hook up" to indicate a connection, my students should have known that "connect" also meant the same thing. At the same time, it made me very careful and sensitive to the use of the proper "American" version of the vocabulary; for example, "elevator" instead of "lift", "curb" instead of "footpath", "drugstore" instead of "pharmacy" etc. This transition became gradually complete after living here for a few years.  I got even with my students the following week when I gave them some hints about how to do the experiment and told them to just "hook up the dots".

Mispronouncing a word is often another source of problem whether one is speaking British or American English. I always tell the Americans I am talking to: "Please correct me if you think I am saying something wrong. It will not offend me or embarrass me. To the contrary, I will be thankful because this is the only way I will learn". I remember one of my friends doing just that. I was saying the name "Indianapolis" by breaking it into "Indiana" and "Polis". My friend taught me that the correct pronunciation is "Indi-nap-olis" with emphasis on the syllable "nap". I am certainly thankful to him because later on in my life I worked at RCA in Indianapolis and had to say that word probably thousands of time. Similar emphasis on the wrong syllable can very often be the cause of mispronunciation.

I am always irritated when people mispronounce my name "Basab". I think that it is really a very simple name – almost as easy to say as "Bob". I have heard various versions such as "Besab", "Basad", "Bosab", "Basba", "Basib", "Bashab", "Basabi" and so on. As someone once said, Americans are perhaps just too lazy to make an effort to learn the correct pronunciation of a foreign word. Equally irritating is the practice that I must follow of spelling out my name - 'B as in Bob, A as in Apple .. ' -  whether I am making a reservation or a bank inquiry. My comedic side copes with this frustration by the following self-introduction: "My name is Basab; B as in Balakrishnan, A as in Anantaraman, S as in Subramanium, A as in Abanindra and B as in Biharilal". No wonder the Indian kids are having major successes in spelling bee contests.

What annoys me the most about the speaking habits of Americans is that, as soon as they find out that the person they are talking to can speak and understand English, they become totally insensitive to their difficulty in speaking English. They carry out the conversation as if they are talking to their beer buddies and use very typical American idioms and words. One true story illustrates this point. I took one of my Japanese visitors, who could understand and speak English, to dinner when I was working at Sony. "Would you like some soup or salad before your entre?" was the typical offer from the waitress. I opted for their clam chowder soup while my friend ordered salad. "Would you like Blue Cheese or Ranch or Italian?", the waitress said, totally oblivious to the fact that my friend was Japanese and might not have understood what she was talking about. Indeed, he looked very puzzled and I had to intervene and explain to him that those were the choices for salad dressing.

I had heard a similar story from a friend recently immigrating from India who ordered sandwich at a deli but was completely confused when the girl at the counter asked him, "Would you like that on white or rye?"

Fortunately for me, most Americans are not very well-read in a literary sense and use very basic words in their communication. I do not have to worry if a statement is a quote from George Bernard Shaw or if there is a very clever double meaning to a sentence. Unlike the British they also speak slowly. As long as I can let the words out without wrong emphasis on syllables I am doing alright. Another advantage is that most Americans just love to talk. If I spend ten minutes with a stranger I will find out everything about his profession, car, house, family, pets, his likes and dislikes and a whole lot more. As a result, I do not have to speak much but just listen!

Then there are some very typical American expressions that one only learns over time. Some of my favorite ones are: "I thought you would never ask", "that sounds like a plan", "he fell for it hook, line and sinker", "break a leg", "he bombed on stage", "go to hell in a handbasket", "bad hair day", "chick flick", "between rock and a hard place", "close but no cigar", "fuddy-duddy", "bite me". "sucker", "I am good" and so on.

It is a good idea for a new immigrant to learn how some social customs influence the conversation. The fact that an American person smiles at you and says "hello" or "good morning" when you make eye contact does not mean that he or she is anxious to carry out a conversation with you. Do not be surprised if a person named Richard is addressed as "Dick" or someone named "Margaret" is referred to as "Peggy". If people ask you "how is it going" that does not mean they are really interested to know how your life is progressing.

There are also many typical American ways of non-verbal communication through physical gestures or facial expressions which complement verbal exchanges. Shrugging and rolling one's eyes, running one's finger on the lips to indicate that lips are sealed – these have now become universally used gestures and so has showing the middle finger. Thumbs up, high five and an "A-OK' sign with thumb and middle finger are more recent.

I have also encountered another barrier in my communications with Americans which almost borders on a subtle form of discrimination. In these instances, the conversation between Americans would involve topics and terms which they would not bother to clarify to me even if they realize that I am listening to them but not following. The rationale on their part may be that it takes too much effort to explain unless the listener knows the entire background and context. Examples could be discussion on some obscure book, movie or TV show on Netflix or Showtime, some sporting event from bygone era, unique cultural or religious events, some rarely visited place etc.

To further complicate the situation there is no unique way of speaking American English even by the Americans. Different regions of the country have different accents and even different words used to mean a certain item; Texans speak very differently from New Yorkers, for example. In addition, ethnicities have significant impacts. The African Americans have their unique way of speaking (using what is known as Ebonics) and so do the Jewish (who use Jewish English which is English with a heavy dose of Hebrew and Yiddish words).  Fortunately or unfortunately, the English accent of the first generation Indian immigrants has its own unique sound which is often the subject of humor in movies and TV comedies.

Regardless, I believe that it is very important for us to be able to speak "American English" if we want to be assimilated into the society. If the Americans can communicate with us freely they would not look at us as strange foreigners. It is not our skin color but accent and mannerism that determine how quickly we would be accepted as "Americans".

One of my American friends who was from Nebraska once told me that people from Nebraska spoke the most perfect American English. I am not sure what he meant by that. The only other person from Nebraska that I used to listen to often was Johnny Carson and I must say that I liked his English. 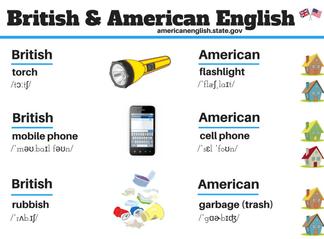 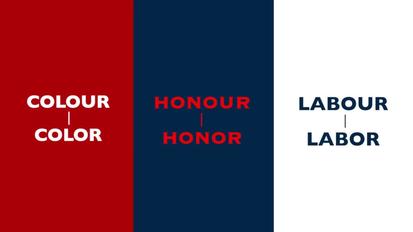