On the way to the car everyone was talking of course in English, but she didn’t understand anything. Yet she held the highest degree from heruniversity. She felt so ashamed of herself.

The car ran along the highway. She was enjoying the beautiful blue sky and the big trees, but the funny thing was that there was nobody on the road. Her daughter finally fell asleep, maybe from the motion of the car. She didn’t notice how long they were in the car; she was in deep thought, couldn’t stop comparing between the comfortable security blanket she had left behind and the modern but scary unknown she now faced. Her reverie was shattered by the welcoming voice of a woman who opened the car door. Ruma got out of the car with the wailing infant on her arm. She followed the woman to the door, stepping into a gorgeous house. The tall heavily built woman with a nice smile introduced herself.

“I am Gloria, and you must be Ruma,” She gave her a hug. Going past a carpeted corridor, she took them to a big room.

“Ruma, why don’t you put your daughter in the crib, and you can freshen up?” Ruma couldn’t understand a word, getting mad at her husband for not being there. Gloria was smart enough to figure that out. She took the baby in her lap and put her down in the crib, put the bottle in her mouth, rocking her for a few minutes until she fell asleep. Then Ruma freshened up.  Gloria took her to the dining room. She sat down by Sunil. Dan, Gloria, and four sweet teenage kids introduced themselves.

She can’t remember their names today. Everybody was talking at the table except her. She couldn’t understand a word, even if it was all in English. She whispered that to Sunil. He laughed and told her, “If Bangladeshi people talk, do you understand a word? They speak pure Bengali, don’t they?” Then he translated to them. The whole table joined him in laughter. She felt embarrassed and mad at him, all at the same time.

After lunch Dan took Sunil with him to visit the lab. The baby’s continuous screaming brought Ruma to her room. Any idea of taking a nap was over. She couldn’t keep her quiet; her body was hot. She didn’t know what to do. Back home, if the baby was sick, her mom or mother-in-law would take care of her. Dads, uncles, brothers, so many people were there. She didn’t have to do anything, not even worry. Now she was all alone with a sick child on her lap. She couldn’t even speak a word. How could she explain the situation? Tears were rolling down her cheeks. She could only pray.

Gloria rushed into her room, said something she couldn’t understand, wiped her tears, as she stood up with a vacant look. Gloria took the baby in her lap and shouted, “Oh, my God, she has high fever.” Without saying a word to Ruma, she went to the bathroom, took the baby’s clothes off, and put her in the bathtub, filling it with cool water. Ruma just watched her silently. After some time, Gloria took her out of the bathtub, wrapped her up in a towel, and came to her room to put the baby’s clothes on and said something. Ruma just followed her. Gloria rushed to the car, put the baby in Ruma’s lap, and started driving. She was spellbound, not only for the situation but for her inability to communicate too.

Within ten or fifteen minutes, the car stopped in front of a small building. Gloria got out of the car, opened the passenger door, took the baby from Ruma’s lap, and started walking to the stairs Ruma followed her without knowing or asking anything. Anyway, she couldn’t speak or understand the language. Now she saw it was a doctor’s office. The room was full of kids and parents. All in the crowd were white.

Gloria went to the receptionist and talked to her, then gave the baby back to Ruma. She sat down in a chair next to Ruma and spoke to her. She understood only a few words.

Gloria said, “I told them about your daughter. They will take care of her. After you are done, you may walk to our home. It is not far. I have an important appointment. If I am done on time, I will come to pick you up. But I can’t promise.” She patted Ruma’s shoulder to give her confidence. But who knew how much it actually helped?

She watched Gloria’s departure with a vacant look in her eyes. She was still struggling to keep her daughter quiet. Her face did portray her inner feelings of fear and helplessness.

She looked up when she heard an embracing, “Hello.” A tall, slim woman stood in front of her with a smile.

“I am Mary.” she shook her hand. “I heard what Gloria said. I live in the same neighborhood. I will wait for you and drop you off. It is not too far, but it is hilly. It will be very tough for you to walk with the baby.”

It took some time to realize what she was saying, Ruma couldn’t believe her own ears. She had no choice but to say yes. She didn’t remember if she said thank you or not, probably not, because they were not used to saying thank you so often back home like here.

The wait was for quite a while as she was not on the appointment list. Holding the baby tightly to her chest, she fell asleep. Up till now Ruma was being watched by everybody in the room. Long Island is like a small town, not like New York or Los Angeles, so people were not familiar with foreigners, specially Indians. Maybe they hadn’t seen anybody wearing a sari before. Now it was her turn to watch, as she also hadn’t seen so many non-Indians up so close. Most of them were talking, but it was just like noise to her. Mostly women, one or two were men. They were wearing skirts or pants. Lots of infants. Some were toddlers. Some were playing with toys.  A few were sleeping on their mothers’ laps. Mary, the tall lady, came up to her to ask something. She nodded her head with a smile. There was a big tree full of beautiful white flowers outside. Later on she learned it was a crabapple tree in front of the window. Far away there was a mountain under the clear blue sky. She hadn’t seen mountains so close by. It was very exciting to her, but instead of enjoying the scenery, she faced an anxious time with her sick baby.

After asking a couple of times, Mary finally got the answer: “We came today,” Ruma replied.

“No kidding, just today?” Mary was surprised. What a fearful experience she was going through without her husband by her side. The whole wait seemed interminable to her. Answering Mary’s question, she realized that the day was a big one in her life. She had put her foot on new soil for the first time in her life but instead of celebrating with joy, she was gasping for air.

Finally, they were called in. Today she still remembers Mary’s face and name, due to her kindness and unfamiliar accent. She went to the room with them, talked to the doctor, and took care of the prescription. Ruma stood there as a silent spectator. She had no idea about the payment. She didn’t even ask. Later she found out that Gloria had taken care of it.

They came out of the clinic. On the way home, Mary stopped at the drugstore, came back to the car, and fed the baby right away one dose of medicine and said, “Don’t worry. She will be OK.”

This was the first time in her life that Ruma felt scared and helpless. She was all alone with a sick child on her lap. She couldn’t control her tears. She opened her eyes in surprise when she heard some voice: “Oh my God, we are here.”

Mary got out of the car, opened Ruma’s door, took the baby off her lap, and put her in Gloria’s hands. They both talked for a while. Ruma couldn’t get even a single word. After Mary left, they both came back to the house. Gloria put Ruma’s sleepy daughter in bed, and maybe she told her to take a nap. She didn’t pay any attention anyway. She went to bed without wasting a minute. She was totally exhausted, both mentally and physically. She went to sleep right away. She had a wonderful dream: two beautiful angels were carrying her and her baby. Her darkest fear was changed into a beautiful rainbow -- the color of cheer and hope. Looking at their heavenly smiles, their faces seemed very familiar; it was Gloria and Mary. 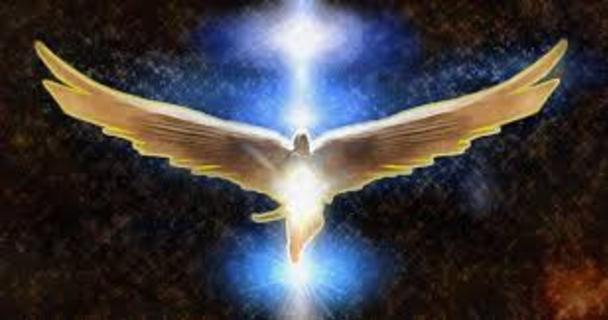 Looking out through the window of a 747 plane, Ruma was watching a pale copper sky blossoming into breathtaking crimson that covered the eastern horizon. The plane was almost full. Most of the passengers were “Saheb” (Caucasian), with a few Indians and Asians. She was the only one wearing a sari, feeling a little uncomfortable Whenever the air hostesses came to serve, she asked her husband in Bengali, “Ora ki bolche” (What are they saying?), and he translated for her. All of a sudden, her deep thought was shattered by the cry of her daughter. The British Airways jet landed at Kennedy Airport with a big jerk. She stepped on the soil of New York, far away from her motherland. Her mind was swinging between completely different kinds of emotions: fear and anxiety of walking into a totally unknown zone, and a deep worry of leaving the secure, trusted shelter of her own dear people, mixed with the joy and excitement of exploring new adventures in the as-yet unseen world.

They came out of the plane, their six-month-old daughter on her hip. Her husband, Sunil, was busy with the legal documents and luggage. Somebody was waving a big sign with Stony Brook University on it and her husband’s name. She figured out that would be her husband’s boss. Handling her sari and the little one, she managed to shake hands with him and smile.

While they were talking, she was looking around in surprise. There were people everywhere, just like Howrah Station in Calcutta, but there was no comparison. Everything was so clean -- the floors, walls, chairs. All the people were foreigners, most of them Caucasian, some Africans, and one or two Indian faces. She had read in school about all the continents and their inhabitants. Europeans are Caucasian, Asians are Mongolian, and Africans are Negro. She had never seen an African before, so she got excited and ran to Sunil.

He angrily whispered in her ear. “Don’t utter that word, ever.”

Now his voice was tougher. “No, I will talk to you later.”