Successful Bengali entrepreneurs are relatively rare, especially among Bengalis living in the US. Shyamal Sarkar of New Jersey is one such rarity. As an entrepreneur, he has succeeded in running businesses ranging from pharmacies to restaurants to real estate to tech companies, He is well known for his keen business acumen, his friendly and gentle personality, and his exemplary support of community initiatives. But few of us know much about the many interesting life experiences that have shaped his professional career and personal views and values. The author recently met with Shyamal to gain insight into his evolution from humble beginnings to a successful entrepreneur through many unplanned turning points in life.

Debajyoti (DC): Let’s begin at the beginning. Where were you born, and what were your memorable childhood experiences?

Shyamal (SS): I was born and raised in Kolkata. My parents had migrated from East Bengal (now Bangladesh) and settled in a humble environment in East Calcutta. There was no running water, electricity or underground sewer system in our community. My father and uncle jointly ran a small eatery business. Their income was barely enough for our household expenses, including the cost of educating a total of eight children in the joint family. Even before reaching high school, I used to help out by earning a few rupees as a private tutor to younger kids.

Speaking of memorable childhood experiences, I vividly remember my younger brother and I walking over 2 kilometres daily to go to St Paul’s High School in Central Kolkata. We followed the road by the East Canal, through small tin-shed workshops of many kinds. For some reason, I liked to observe the kinds of activities that went on inside those humble factories. I was fascinated by a lathe machine that turned a piece of iron into a machine tool and by the matchstick maker who made match boxes with match sticks. I loved watching carpenters create tongue and groove joints to make wooden beams without using iron nails. There were many more activities to watch: how biscuits were made from dough, and how cookies were cut to shape and then baked in coal fired ovens before packaging. Unknowingly I had acquired a mindset to become interested in different types of businesses from that young age.

DC:Let’s move on to your college years and experiences. You went to Jadavpur University in Kolkata after finishing high school. Why did you choose to study Pharmacy?

SS: To get a better job after college. A Bachelor’s degree program in Pharmacy had just been introduced at Jadavpur University, and it offered good job prospects for new graduates.

DC: Any important events or experiences in your college years that had a lasting impact on your life?

SS: Interesting that you ask that question! My years at Jadavpur University (1968-1972) were socially and politically tumultuous, and what I saw during those years left a strong impression on me.

For those who are not familiar with West Bengal’s post-independence history, let me briefly explain the political climate of that period. It was the era of the United Front, an alliance of left-wing parties, led by the Communist Party of India-Marxist (CPM for short). United Front, and the people of West Bengal, thought that the time was right to replace the old social system that had failed to alleviate poverty, corruption and injustice. However, the leftist alliance promoted an aggressive form of trade unionism, and many medium to large-sized companies shuttered their factories. And a peasant uprising in Naxalbari in North Bengal spread rapidly and spontaneously throughout the state, and much to the United Front’s dismay, a large number of young intellectuals signed on for this cause. The police, with the tacit support of the CPM-led government, began a brutal clampdown to defeat the Naxalite movement. Thousands of young idealists, mostly students, were jailed without habeas corpus, and countless men disappeared overnight or killed by the police. On top of these developments came the flood of millions of refugees into the state from East Pakistan. That flood of refugees finally led to India’s invasion of that country and the formation of an independent Bangladesh in 1971.

This was the political and social climate in which I completed my college education in 1972. Of course, I could not remain aloof and uninterested. I heard and read arguments on all sides of trade unionism and Naxalite movement, and saw police brutality as well as terror inflicted by rebellious idealists. But I tried to understand the cause-and-effect relations in all the actions and reactions and stay calm and appreciate different points of view. I think that helped me later in my life to deal with uncertainties and adversities.

DC: After graduating with a degree in Pharmacy, what did you do?

SS: Like many other young men and women of that time, I wanted to get away from the social and political unrest in Kolkata. I got a job as a medical representative, stationed in Patna.

SS: After the American government liberalized the immigration system in 1971 and welcomed technically qualified people from India, some of my college friends started applying for “green cards” while a few others came for graduate studies. I was not interested in higher studies but I had developed a lot of curiosity about America after watching an impressive short film, “America the Beautiful” on a panoramic screen at the Eden Gardens in the late 1960s. So, I followed the path of many of my friends and applied for a “green card”. Soon I left my well-paying job behind and headed for New York City.

DC: Did you find a place to stay and a good job after your arrival?

SS: Yes and no. When I arrived, my friends from college, Bires Biswas and Pijush Chakrabarty, invited me to stay with them in their Jersey City apartment. I stayed there for a couple of weeks and then moved to Clinton Arms Hotel in New York, an inexpensive boarding house, to be better able to interview for jobs in the big city. Unfortunately, the job market in 1977 was really depressed, and to make matters worse, American companies did not value degrees from Indian universities, so I could not get the job of a pharmacist in the US.

I landed a job as a busboy in a well-known Indian restaurant and worked long hours. The winter of 1977-78 was a really low period for me. But I fought on for six months and saved as such money as I could, with the conviction that better days will come sooner or later.

DC: Did better days come? When? What did you do next?

SS: Yes, they did. In the spring of 1978, I decided to continue my physically demanding but honest job without feeling guilty or frustrated – and started working towards my license as a pharmacist. In due course I passed the exams and secured my license. My life in America finally reached its professional destination.

My big break came in 1980. I was working as a pharmacist when I was interviewed and then hired by Upjohn as a pharmaceutical salesperson with a good salary, excellent bonus potential, full benefits -- and a shiny new car! Coincidentally, Ruby, my wife, joined me around that time, and together, we began enjoying life in America. And for five years, we experienced a very satisfying and exciting life as I performed well in my professional career and was amply rewarded by Upjohn.

DC: When and how did you start your own business?

SS: That happened in 1985. I suffered a massive heart attack. I was not even 35 years old! I quit my job as a pharmaceutical sales person. It was a stressful job, and because of my intense determination to do better than others, I worked very hard. Now I had to look for a less demanding job to reduce my stress level. This was another painful period in my life, but I am glad I took that decision.

I decided to explore opportunities to own and run a pharmacy. Through a combination of luck and persistence I succeeded in buying a small neighbourhood pharmacy in a South Bronx. That happened in July,1985, just a few months after quitting my job.

DC: Rest, as one says, is history, right?

SS: Indeed. I learned the pharmacy business on the back of that initial investment and soon started buying other pharmacies which were not doing well financially. I turned those businesses around and bought some more. In a matter of a few years, I owned and operated more than a dozen pharmacies in the city. Sometimes I worked with a partner, and that strengthened my business skills in many ways. I then decided to diversify into hospitality business. In time I owned a number of restaurants in NYC. In all cases my business approach was simple: acquire businesses that are not run well, manage them better with discipline and computerization, increase the revenue, and then sell them at a higher price.

DC: Besides pharmacy and hospitality businesses, you also successfully ventured into real estate and technology sectors. Weren’t these businesses big step-outs for you? Rosedale apartment complex with more than 650 luxury units was a major project in Kolkata at the time it was launched.

SS: Yes, I made a bold move into the high-end housing market in Kolkata when it started to take off in the Rajarhat/New Town area 10-12 years ago. It was a step out but it required the basic skills in business management that I had already acquired: choosing a good business and finding the right local partners. Santosh Mukherjee was a great partner because he could secure the land for the project, and my construction partner was experienced and well-regarded. I was primarily involved in creating a sound business plan, putting the deal together, and helping with the launch marketing. I also had to remain vigilant to ensure that our “all-inclusive” residential complex for NRIs was completed on time and on budget. Rosedale project was a wonderful experience for me.

DC: What advice would you give to an aspiring entrepreneur who would also like to enjoy a good family life?

SS: First, no business venture is risk-free, so you have to take risks. But invest the amount of money that you can afford to lose without risking your lifestyle. Second, timing the entry point is very difficult but choosing the right time to exit may be more important. Get out if you think your venture has achieved its peak -- or if you are no longer enjoying the challenge. Third, don’t regret failures. Learn from the experience and apply that insight to your next venture. I am a believer in diversification. While trying out different opportunities, I have suffered more failures than successes. I do not regret those failures. All the ventures were my conscious efforts, and I sincerely believed in them.

I have been very lucky to have a loving and supporting wife. Ruby has been with me through all ups and downs and has been a friend and a straight-talking advisor. And I have taken time off to spend time with my family. Balancing work and family life requires conscious effort, and an aspiring entrepreneur should put in the needed effort.

DC: Thank you, Shyamal. I wish you continued success in the years ahead. 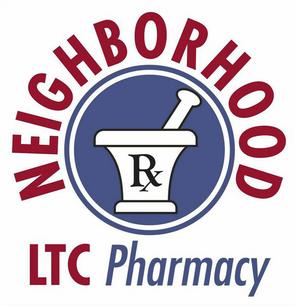 The Makings of a Successful Bengali Entrepreneur:
Face-to-Face with Shyamal Sarkar