Although there is a perfectly convenient international airport (Orange County Airport a.k.a. John Wayne Airport) less than thirty miles from my home I often fly out of LAX in Los Angeles when I travel.  It is almost 70 miles away. The major advantages of LAX are that the airfares are almost always significantly lower compared to those from the OC airport, there are more flight choices, and one can fly to almost anywhere in the world non-stop. The main disadvantage is that I must park my car somewhere close to LAX because shuttle service or Uber ride from my home is too expensive and it is unreasonable to ask anyone to give me a ride that far.

Fortunately, there is a wide variety of parking lots and garages available near LAX and I have tried many of them on different occasions. On a trip to Atlanta a couple of years ago, I reserved a space at a lot simply called "Mega Lot". It is located a little bit farther than other lots but their rate ($6 per day) caught my attention. Almost all other lots charge in the $9 -15 range.  It is probably located in a seedy part of town, I thought. I was not too concerned because my car was relatively old, and I did not have worries about the car getting a little ding or even someone breaking into my car.

I have no hesitation in confessing that I am very frugal by nature when it comes to spending money and I watch every penny that I spend.  This mindset was probably established as a consequence of my mother’s advice just before my maiden voyage to the USA: “Save your money. Remember, in a foreign country money is your ONLY friend”.  Even in my retired life, I clip coupons from the Sunday newspaper, often go to early-bird dining, always shop with credit cards which give me points or miles, and book my flights way ahead of time in order to get the best airfares.  I fondly remember those days during the early seventies when I collected S and H green stamps from grocery stores and gas stations and during the eighties when we used to open multiple savings and loan accounts in order to get “free” gifts like a table lamp or a steam iron.

I arrived at the parking lot on the day of my flight and was surprised on several counts. It was literally a mega lot – covering acres of land – so unusual this close to LAX. Secondly the lot was very densely packed with cars. There were no parking spaces marked with white lines. One could barely walk through the space between two adjacent cars. It obviously requires some planning to configure the cars parked in this way. Finally, several of the attendants seemed to be Indians. I felt a slight comfort in that because I felt that they would not deliberately cause damage to a car belonging to another Indian.

When I entered the office area the guy at the counter collected the parking fee for the entire duration upfront. This was a first. All other lots where I had parked before only took a deposit (typically one day's fee) and I paid the rest when I returned. I did not mind it considering their cheap rate. I had to swipe my credit card at a small computer portal. The screen prompted me for payment of a tip and offered several options such as 15%, 20% etc. That was when I got irritated.

As you can imagine, tipping is not one of my favorite things – an obvious consequence of my frugality.  I do pay the obligatory 15% at restaurants and also to cab drivers, barbers, bartenders, hotel bellboys etc but I always procrastinate about tipping a chambermaid, newspaper delivery man, gardener and others whose services are routine and do not personally impact me. So, I was irritated at the thought of tipping the shuttle van driver even before I had a chance to evaluate his service.

To tell the truth, I was not even thinking of tipping him just to drive me for ten minutes from the parking lot to the terminal, especially when I had just one carry-on suitcase as my only luggage. In addition, the tip should not be a percentage of the total parking charges because that would mean the drivers would get more tips if one parked there for a longer period by providing the same service. I politely asked the guy at the front desk "can I personally give the tip to the driver in cash when he drops me off?" "Oh, sure" he replied and asked me to check off the "other" category under the tipping section on the screen.

I had exactly 81 dollars in my wallet – four twenty dollar bills and a one. I thought that I would give the driver the dollar if he impressed me with his service. There was another passenger waiting for the shuttle van to go to the terminal and apparently he had the same issue. He asked the man at the counter for change of a twenty. He got four five-dollar bills because they did not have any smaller bill. "Another scam" I thought, in order to ensure a minimum tip of $5.

My shuttle van driver, Ahmad, turned out to be not only an Indian also, but a very pleasant, jovial and entertaining guy. He insisted that he carry my suitcase to the van (and thus making him eligible for my one-dollar tip) and initiated a conversation with me and my fellow passenger. I asked him if the parking lot was owned by an Indian. "Yes", Ahmad replied "it is a Punjabi guy". I was pleasantly surprised. I have seen Indians entering many businesses in this country. This was the first time I encountered an Indian-owned parking lot business. Ahmad turned on Bhangra tunes from some Bollywood movie in his CD player at a low volume. It almost seemed like I was in India and on my way to the Delhi airport.

Ahmad bragged about his travel experience. He claimed that he visited many countries in Asia, Europe, South America and Australia. "I went to Rio for only $300" he said at one point. I felt a sense of envy and jokingly told him "You have to give me the name of your travel agent". He said that one of his nephews worked as a manager in some airlines company and that was his source of bargain tickets. His favorite was to fly on business class on the Emirates. He seemed to go to India very frequently. "The way I plan I focus on only one city in each trip. Mumbai in one trip, Delhi in the next etc. That way I do not have to travel all over within India". He asked me where I was from. After learning that it was Calcutta, he said he had lived in Calcutta for several years when he was young in the Dharamtala area. He even asked me something in Bengali.

He also mentioned that one of his sisters lived in Sweden where she had a house. I never knew any Indian until then who owned a house in Sweden.

I started to wonder: if all his stories were true, he must be financially well-off and really did not need this part-time shuttle van driver's job. On the other hand, he seemed to be in his sixties and likely retired; this was probably just a fun job for him to pass his time. I did not ask him anything or comment on this point.

The discussion did not end with his travel experience. He proudly asserted that he was on friendly terms with many Bollywood figures including Amitabh Bachchan, Usha Uthup (of "Hare Rama Hare Krishna" fame), Mehmood, Prem Chopra and mentioned several others whose names I did not recognize. "How come? Were you in some Bollywood movie yourself?" I could not help asking. This was, of course, a tease because he did not look anything like a movie actor. He said that he knew someone who worked in Bollywood and introduced him to the stars.

Ahmad even commented on politics and Modi's "Demonetization" policy which was the hot topic at the time. "It was so sudden and unexpected" I proclaimed. Ahmad laughed and said "Yes, it was sudden, but I am sure that Modi had alerted the Ambanis, Tatas and all the other rich industrialists before the announcement".  I felt a sense of happiness that I was not living in India and worrying about stashing “black money” from questionable sources into some accounts beyond the reach of the government.

Finally, we arrived at my destination: United Airlines terminal. He brought my suitcase from the back of the van. I had a dilemma. I wanted to tip him something just for the entertaining exchanges but hesitated to give only one dollar. I also did not want to ask him for a change of twenty. So, I did a clever thing. I put my hand on his shoulder and jokingly said "You seem to be a rich guy. You probably do not need any tip from me". Surprisingly he was pleased with my comment and proudly said "Oh no no, I don’t need any tip". Then he proceeded to tell me one of his experiences with a customer.

It was a Bengali family – a couple with three kids and lots of luggage. It was Christmas time. After Ahmad helped them with their luggage, the guy offered him a one-dollar tip. Ahmad said that he accepted the tip but then gave each of the three kids a twenty-dollar bill as Christmas present! I laughed out loud thinking about the embarrassment the guy must had felt.

I thanked Ahmad and told him "I hope to see you again" (and really meant it). I don’t know if it was wise on my part not to give him the dollar as a tip. He could have been offended but at the same time I might have received twenty dollars.

​​Note: Readers interested in commenting on this article should email their remarks to debsmee572@gmail.com or amitabhanj@gmail.com. 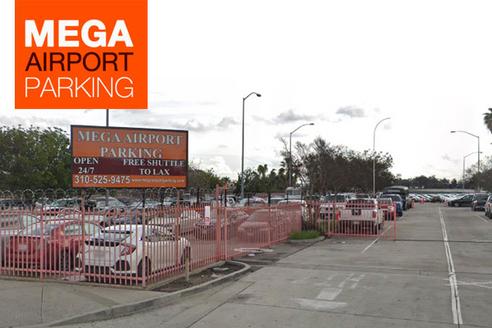 TIP OF MY BENGALI FRUGALITY