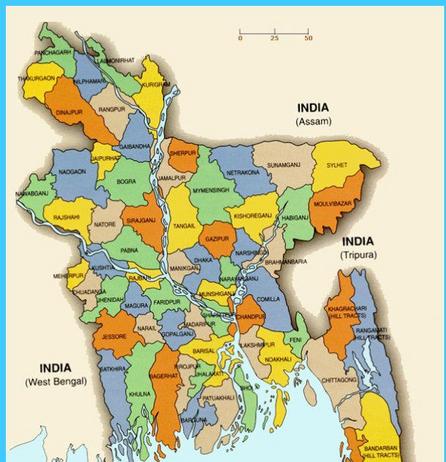 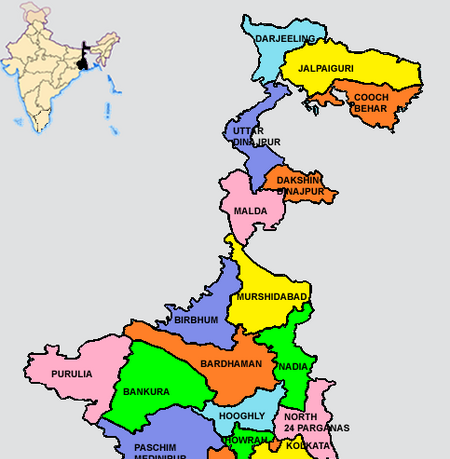 Growing up in and around Kolkata during the post-independence era I was very much aware of two distinct segments in the Bengali society, at least during the period I lived in India (fifties and sixties) – the “Ghotis” and the “Bangals”.  Bangals referred to all the Bengalis who had moved to India from East Bengal around the time of partition of the British-ruled India into India and Pakistan while the Ghotis were the natives of West Bengal.  Bangals were predominantly Hindu because the Muslim Bengalis stayed back in East Bengal which had been renamed East Pakistan.

Although both groups shared a common language, culture and physical appearance, there were a number of subtle but important differences.  The most pronounced distinction was in the way they spoke the language in informal gatherings and more precisely in the accent.  The Bangals spoke with an almost melodic tone and with an abundance of colloquial words which were unique to East Bengal.  The Ghotis, on the other hand, spoke the language in the same way in both formal and informal occasions even though they had different local accents depending on which part of West Bengal they were from.

In addition, there were differences in mannerism, cooking recipes, details of religious rituals and design of outfits, especially saris.  Saris from Dhaka were universally popular among all Bengali women. There was an unspoken rule that Bangal parents should seek out Bangal spouses for their children and similarly the Ghotis should find their own kind during a search for an appropriate match in an arranged marriage.

The classic rivalry between the two groups came to prominent display during the football season when the Bangals predominantly supported the East Bengal team while the Ghotis almost unanimously followed their arch-rival Mohun Bagan.

From what I could tell from my own observations, the Ghotis did not particularly like the intrusion of a massive number of Bangals who were “different” from them in many respects but understood their plight and tolerated if not accepted them.  This feeling never reached a degree of animosity to cause open arguments, fights or exchange of insults but it, was there.  The surprising thing to me was that most Bangals could speak the language just like the Ghotis when it was necessary in professional and social interactions. They were just more comfortable with their own accent and vocabulary in informal gatherings. However, there were a few who just could not give up their Bangal accent under any circumstances.  Some even exploited this spontaneous speaking ability with Bangal accent to achieve fame.  The case of the comedian, Bhanu Banerjee, on the Bengali movie screen comes to mind.

Fortunately, this division has slowly but surely disappeared over time.  Part of the reason was the realization on the part of the Bangals that they had to get assimilated with the locals in order to succeed in professional life and be accepted in social circles.  The other reason has been a growing number of inter-divisional marriages between the two groups – often as a result of so-called “love marriages” which took place outside the watchful eyes of elders trying to arrange a marriage.

One interesting turning point in this evolution was the war of 1971 to liberate Bangladesh from Pakistan under the leadership of Sheikh Mujibur Rahman.  Indians, including all Bengalis, whole-heartedly supported Mujibur and so did the Indian government by providing military troops and arms as well as financial and moral assistance.  A new country “Bangladesh” was born whose key founding basis, as the name implies, was the Bengali language and not religion.

This has been an item of envy for the Bengalis in India who always took immense pride in their language.  Bangladesh used Bengali language in every official document, they named their currency, airlines etc using Bengali words.  Bangladesh was officially represented in the United Nations with the word “Swagatam” (meaning “welcome”) in Bengali. The name “Bangladesh” was prominently featured in a song and the concert organized by former Beatle George Harrison. Even though most of Bangladeshi people are Muslims they are just as passionate about their language as any Hindu Bengali in India.

Since the official language of India is Hindi, Bengali language was always over-shadowed by Hindi even though the Bengalis in India consider Hindi to be an inferior language! Furthermore, the Bangladeshi people have no problem in embracing the works of Tagore, Sharatchandra and Bankimchandra as part of their own cultural heritage. The national anthem of Bangladesh is a song written by Tagore. However, I am not so sure if the Bengalis in India feel the same degree of enthusiasm and passion about Nazrul Islam, Syed Mujtaba Ali etc.

As immigrants from both India and Bangladesh continue to come and settle down in the USA, both groups have felt a strong urge to continue their Bengali cultural tradition, especially in literature, music and performing arts, both for their own nostalgia as well as a way to let their children get acquainted with if not be immersed in it.  As a result, a number of annual, monthly and quarterly magazines featuring literary works in Bengali have emerged in this country along with periodic festivities, the largest one being the North American Bengali Conference (NABC).

Unfortunately, all of these efforts have been intentionally or inadvertently segregated either by country or religion of the people responsible for their organization.  Immigrant Bengalis from Bangladesh are almost certainly Muslims while the ones from India are mostly Hindus.  Activities of the Hindu Bengalis are often combined or coordinated with Hindu religious occasions and vice versa.  Even in the literary arena, Hindu Bengalis do not contribute much to Bangladeshi publications and Muslim Bengalis from Bangladesh are largely absent in Hindu literary efforts. We do not have to go far to find evidence to support this statement.  Just click on the authors’ list of this website and you will see only two Muslim authors – M. M. Khairul Anam and Mizan Rahaman among about fifty or so authors, many with multiple contributions.

Many of the retired and elderly Indian Bengalis have devoted their time and resources in recent years to establish Hindu temples throughout this country.  They serve not only as venues for Hindu religious festivities but also as places for holding various cultural discussions and even social gatherings.  I suspect that the Muslim Bengalis from Bangladesh do not attend such gatherings simply because they are associated with Hindu temples and/or Hindu festivities.  I am not aware of a similar enthusiasm among them to build mosques.  The reason is easy to understand.  Islam as a religion is already well-established and widespread in this country, covering many nationalities and ethnic groups and not just restricted to the Bangladeshis.  The mosques are also present in the US in abundant numbers, reportedly around three thousand by the latest count.  As a result, the cultural practices of the Bengali Muslims are more focused and somewhat separate from their religious celebrations.

One can find restaurants in many large cities in the USA which are owned by Bengalis from Bangladesh and serve eternally favorite food items of all Bengalis such as Hilsa fish, goat-meat curry, “luchi” and Rasgoolla.  The Indian Bengalis seem to have an aversion to get involved in a hands-on business.  One possible reason is the difference in educational backgrounds of the two types of Bengalis.  Bengali immigrants from India typically are well educated and automatically seek employments in teaching professions, medical services, accounting/economics and more recently in IT jobs.  Most people from Bangladesh, on the other hand, came to this country with the specific goal of establishing businesses and not for getting higher education.

Sadly, interfaith marriages between Bangladeshi and Indian Bengalis are few and far between and social interactions between the two groups are not as intense as one might expect from two groups sharing same language and culture.  It seems like that old rivalry between the Bangals and Ghotis have now been transformed into a new rivalry in this country between Bengalis from Bangladesh and the ones from India.  The Ghoti-Bangal rivalry was rooted in regional differences, but the present two groups of immigrant Bengalis are divided by BOTH country of their origin as well as religion.  In other countries which were separated (some have since reunited) such as North and South Vietnam, East and West Germany, North and South Korea, religion was not an issue.  Only the political ideology was different.  Of course, there are Indian Bengalis that are Muslim, but their numbers in this country are rather small.

Although Bangladesh was originally founded by Mujibur Rah-man as a secular country like India, his later dictator successors have tried to change it into an Islamic Republic, presumably to get financial help and patronage from the oil-rich nations in the Middle-East.  In the meantime, the Hindu-nationalist Bharatiya Janata Party, led by the prime minister Narendra Modi, has taken a firm grip on Indian politics. While India has been plagued by occasional violent Hindu-Muslim riots ever since independence from the British, concerns over a deep polarization along religious lines have intensified in recent years. Major riots broke out in India during early 2020 and thousands of Bangladeshis protested in Dhaka labeling Mr. Modi a “terrorist” and demanding that he stops “killing” Muslims in India.

I wonder if we, the Bengali immigrants in the USA, will ever be able to set aside our religious/political differences and truly unite in order to promote our common language and culture.  I sincerely hope that some explicit efforts by our Bengali community leaders for unification of the two factions would emerge in the near future.

​​Note: Readers interested in commenting on this article should email their remarks to debsmee572@gmail.com or amitabhanj@gmail.com