Burned into Memory: War and Protest

In 1969 I returned to the University of California at San Diego to finish my doctoral work in Anthropology after five years of stay in India, doing fieldwork among other things. Earlier, I had studied at the University of Rochester (in New York) and the University of Chicago during the first five years of my stay in the US. After the severe winters of the Midwest this Southern Californian campus was a welcome change. Built on a high cliff overlooking the Pacific Ocean, near one of the most picturesque coastal landscapes perhaps in the whole world, and with a bracing climate most of the year, this campus felt more like a resort town where students behaved as if they were on a perpetual spring break.  This campus was fairly new in its existence -- housed in an abandoned military base with temporary make-shift structures and a few newly constructed buildings. The most attractive physical aspect of this campus was groves of Australian Eucalyptus trees which produced a faint aroma when the ocean breeze from below blew up the cliff on a windy day.

The picture postcard natural beauty of this coastal campus with its environ was dotted with Volkswagen beetles with surf boards on top, owned by a population which was steeped in a carefree beach culture. The weekend parties on the beaches reeked of marijuana and featured loud rock & roll music to which young men and women danced through the weekend nights. ‘Free sex’ and ‘flower child’ were household words among the students.

Along with this hippy culture was the contrasting wave of serious socio-political upheavals heralded by a revival of the Civil Rights movement that followed two shocking assassinations -- of Dr. Martin Luther King, Jr. and Robert F. Kennedy -- in April and June of 1968. Then all hell broke loose when mandatory drafting for the already escalating Vietnam War disrupted the beach culture of our campus like a bombshell. Nineteen sixty-eight was the year which went down in American history as politically the most explosive one. The antiwar protests and demonstrations moved from campus to campus like wildfire.  We all heard of the bloody riots, many arrests and four deaths in the Kent State University of Ohio -- something unprecedented in the history of this country until that time. Even our campus, the UCSD, suddenly woke up from the stupor of weekend beach parties to demonstrations and protests against the university’s involvement in the war efforts.

For me -- a student of Calcutta University in post-partition India of the 1950s -- political unrest, demonstrations and arrests were nothing new. But I came to America with a scholarship to study, not to do politics. Like a good student I attended my classes, came back to my little studio apartment, cooked my simple meals, and worked on my research. On the weekends, however, I too went with the flow and learned to dance vigorous twists to blasting DJ music and stayed clear of the campus politics. Celebrities like Gloria Steinem, Joan Baez and Bob Dylan visited the campus occasionally, and I chose only to attend Joan Baez and Bob Dylan to listen to their mesmerizing protest songs. I recall my roommate taunting me for being so aloof and literally dragging me to one of Ms. Steinem’s speeches. I was more impressed by the excited mob reactions of the crowd than her provocative language to inspire young women to a new brand of women’s liberation movement and sisterhood.

One early Sunday morning, after partying though the previous night, I went to the university library as soon as it opened. I remember I needed to write a paper for a class that week and I had not even started on the project. In the parking lot I saw a couple of parked police cars. Perhaps there was a theft or something, I thought. As I drove closer, I could see the newly built library, a beautiful hexagonal multistoried structure that looked asleep that early on a Sunday morning. But as I walked to the library entrance, I saw a small crowd of people encircling something on the front yard and I was hit by an unpleasant stench. I could detect a faint thread of smoke coming from the center of the small crowd. A couple of policemen were talking to a few people. I asked the first person I saw:

“An American student who claimed to be Buddhist burnt himself to ashes last night here when no one was around. He left a banner saying that this is his protest against the Vietnam War. The police are asking us if we knew anything about this.” The student answered.

I stopped in my tracks. The good intention of writing my paper suddenly seemed totally irrelevant. I sat on the stone ledge in front of the library and inhaled the remnant of the antiwar protestor whom I never knew, whose name I never heard. I kept wondering if this act of immense courage to sacrifice one’s life to send a message to the government would have any impact at all. I felt ashamed of my indifference to such important issues. The gravity and profundity of the situation made me totally numb.

That evening I sat down to write my parents about this, but I could not find words to convey the impact it had on me. The incongruity of this shocking yet noble ritual of self-immolation, performed by a young white student ten thousand miles away from the place of war, made no sense -- yet made every sense in a way. The fact that I had to witness the remnant of a burning body in front of a newly-built library, the symbol of repository of knowledge at a university surrounded by natural beauty, was the most unlikely combination of facts and events.  To this day I can never forget that strange smell of the remains of the student who burned himself to death to make a point – a point that went unnoticed after a few days of news flash on the radio and television, but was burned into my memory for ever.

For many nights to come, so many questions kept me up; and I still do not know the answers to most of them! As a life-long student and teacher of human nature and culture, I am still astounded by the number of unjust wars waged around the globe and the atrocious injustice one group of individuals commits against another. It is equally stunning how a few individuals in every generation make huge sacrifices trying to make a difference with so little success.

Comments received from Tiottama B. on June 4, 2020: "Timely article Mrs Roy.  A great read in these times , taking us back to the infant days post Civil Rights legislation."

​Comments received from Pronoy C. on June 5, 2020: "I liked Manisha Roy and Ranjana Sanyal's articles. Manisha's article reminded me that horrible incident of a Buddhist student's suicide in protest of Vietnam war. She composed the narrative well."

​Comments received from Vishnupriya on June 4, 2020:
"Found Ms Ray’s article extremely poignant. Heart wrenching actually.
However, I seem to disagree that the difference a few make despite personal sacrifices are not successful. Any difference no matter how small it is, is meaningful in the greater scheme of things. The small steps can never be discounted.
That is not to say that the self immolation was not agonising though. It left lasting  imprints on Ms Ray, right?
A very good read."

​Comments received from Sankar S. on June 30, 2020: "
The article "Burned into Memory! War and Protest" is impressive, well written and thoughtful.
"----how a few individuals in every generation make huge sacrifices trying to make a difference with so little success." It is so true!
However, let us Hope and Pray sacrifice like this over the years will turn this beautiful Earth to a to better place to leave!
Congratulations to the Author, Manisha Roy."
​

"You wouldn't know me, but I had a peripheral connection with your first book, Bengali Women, based on your doctoral dissertation. I believe the book was published in late 1975-early 1976 and sent by your publisher/India distributor to The Statesman Kolkata for book review. I had joined the newsroom in Summer 1976 as a young Trainee copy editor (in Statesman, they called us sub editors) soon after receiving my Master's in English from the University of Calcutta. The newspaper's elderly librarian, for some unexplained reason, took a liking for me (maybe because during my off-shift hour during the day, I'd drop by in his office to browse the books sent for review, for adda and an occasional cup of coffee), and asked if I'd like to review your book for the Sunday paper. The title intrigued me, and I agreed because it also paid an honorarium of Rs. 75 on top of my monthly stipend of Rs. 300 (can you believe it now?). I read the book with interest, and to the best of my ability, wrote a rather favorable review -- and upon publication, I also received the honorarium. I preserved the published review for many years in a manila folder, but alas it's now lost!"

"Thanks for your e-mail letting me/us know about one of the reader's comments to our articles. It must be very satisfying when people read your website with such interest that they even take time to write long e-mails. We, the authors of the articles are equally happy for the same reason. Nothing makes a writer happier, as you know yourselves as writers, than this. Even one person's attentive reading makes it all worthwhile." 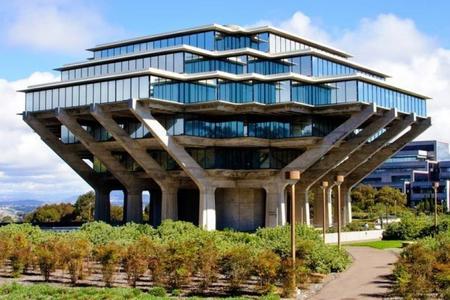