I had only a vague notion of the stock market when I arrived in the US as a graduate student. As I had barely enough money to sustain myself, investing in stocks was nowhere on my radar of interests or ambitions. But I had heard the saying, “Buy Low, Sell High”, on numerous occasions, even when the subject of stock buying and selling was not on the table. Having come across the words a few times, I had figured out that phrase was a code word for the broader concept of making a good profit from any kind of a deal, not limited to stock market transactions. While understanding the concept, I had resigned myself to the fate of a monthly pay check, without any possibility of making a killing on any kind of a buy-and-sell deal.

Strangely enough, I did make a killing, in a buy-and-sell deal -- without knowing that I was making a killing! Even after fifty-plus years, it gives me great pleasure to describe the details of that crowning achievement of a financially uninitiated young man.

The year was 1967, and I was a PhD student in metallurgical engineering at Purdue University in West Lafayette, Indiana. A friend of mine told me one day that he had come across a sales catalog that listed a number of books on metallurgy at highly discounted prices. I was curious, so he brought the catalog the next day and showed it to me. Indeed, there were quite a few books on subjects we were studying in our classes, such as mechanical properties of materials, extraction of non-ferrous metals, steel-making processes, and so on. Original prices of the books were in the $20 range but the sale price was only $2 each. And if I bought the entire 17-book collection, the price would drop to $1 each – and shipping would be free! Instantly, I fell in love with this wonderful bargain and decided to spend $17, a princely sum for me in those days, for the whole set. My friend followed my footsteps and ordered a set a few days later. We congratulated each other for having made such serious killings with so limited effort.

The order arrived about ten days later in two big and heavy boxes. I smiled as I lifted those heavy boxes, remembering what a teacher had told me in grade school: “Son, knowledge can be a heavy burden to carry!” With great eagerness, I opened the boxes and started examining the books. Soon all my excitement was replaced by a deep sense of disappointment. These beautiful, hardcover volumes were not textbooks or books containing critical reviews, as I had imagined. They were proceedings of conferences where various researchers had presented results of their work on specific subjects! I would be interested in some of these papers only if I was doing research on those specific subjects. Basically, the books were useless to me as textbooks or sources of useful information relevant to the courses I was taking in my grad school.

All I could do at that point was to put the books back in the boxes and place the boxes under my bed. Next day I explained to my friend that each of us had simply wasted $17. He was disappointed like me, and when his order arrived, he simply put the two boxes in the trunk of his old station wagon and forgot all about his bad decision.

I too would have forgotten the boxes under my bed were it not for a house move necessitated by my marriage in 1968. As a newly married couple, we moved to a small apartment provided by the university. We had very few worldly possessions at that time, so everything fitted in nicely in our cozy little place. My wife lovingly unpacked the hardcover books from the boxes and placed them on the top shelf of the only built-in bookcase in that apartment. My textbooks and a few popular books of fiction filled the other two shelves. We admired the little library and joked that my useless books had finally found some use as decoration items.

About a year went by without any attention being paid to the books on the top shelf. My wife dusted them every now and then, nothing more. Then, one fine day, she decided to move her small collection of Hindu religious icons from our tiny clothes closet to a more prominent location in the apartment. It soon became apparent to her that the only nice, clean and suitable space was the top shelf of our bookcase. So, I was gently asked to get rid of that useless set of 17 hardcover books, sooner the better.

A few days later, we put the books one by one in the trunk of our car and drove to the big bookstore on campus that sold both new and used books. I didn’t think the bookstore would accept our merchandise because they were not textbooks. I simply hoped that I would be able to convince the bookstore manager to accept the books without paying me anything, as if they were donations.

With great apprehension, I walked into the bookstore, with one book under my arm. I did not want to carry the weighty, 17-volume set only to find out that I would have lug the whole load back to the car. My wife was with me, equally apprehensive about the likely outcome of our visit.

At the used books counter, I stood in a line behind five or six students. Just when I finally reached the top of the line, the middle-aged man at the counter, presumably the manager, got a call. He signaled to his assistant to take care of me while he answered the phone. The young man asked me how he could help. I produced the book from under my arm and hesitatingly explained that I would like to sell it – and there were 16 other books of the same set in my car. He asked to me wait awhile as he started thumbing through the pages of a huge, five-inch thick directory of some kind. As he did his search, he explained the price information on all books published in the country in the past ten years could be found in that directory.

After about five minutes, the young assistant went to see the manager, spoke with him at some length, and returned to the counter. He told me, rather apologetically, that he could only offer $10. I breathed a big sigh of relief. Wow! He was not only going to accept the books but also give me $10 for the set I had bought for $17.  I would suffer a loss of only $7. Not bad at all.

When I told the young assistant that my wife and I would have to make a few trips to the parking lot to bring all the remaining volumes from my car, he sent a helper with a cart. How nice! When we retuned to the counter, the young man was ready with a check for me. I was pleased but a bit surprised to see that the bookstore issued a check for only $10. I thanked the young man profusely and walked out of the store, check in hand. I gave it to my wife and started the engine. That’s when she shrieked.

“What happened?’, I asked as I hit the breaks hard. In reply, she held out the check for me to see.

The check was not for $10. It was for $170. So, the store assistant had offered me $10 for each book, not for the entire 17-volume set, as I had assumed! Once the shock had passed, we were delirious. As a graduate student on a research assistantship, I was receiving a monthly stipend of $220, so $170 was a huge windfall.

“Did the bookstore assistant make a mistake?”, I wondered out loud. My wife assured me that the young assistant had discussed the transaction with the manager at some length, so the manager must have approved the payment. Still in a state of disbelief, we made a mad dash to our bank to deposit the check, before the bookstore could discover their error and place a stop payment order.

I had made a huge killing in a buy-low-sell-high deal. My $17 “investment” had yielded a “profit” of $153, a 900% return, in just over a year. Not a bad accomplishment for a grad student who had virtually no knowledge of high finance.

We decided to celebrate the memorable occasion with scoops of ice cream. But, being a perpetually frugal (and poor) couple, we limited ourselves to one scoop each, even though we had just made a fortune.

Epilogue: A couple of months later, my wife and I were at the same bookstore to buy some supplies. As I wandered through the used books section with no particular purchase in mind, I saw my 17-volume set piled high in a corner, with a sign that read, “$1 each”. Surreptitiously, I looked at the sales counter. Neither the manager nor the young assistant was there. Were they off duty that day?

Reprinted from Anandalipi 2020 (published by Ananda Mandir, Somerset, NJ) with kind permission from the Managing Editor.

​​Note: Readers interested in commenting on this article should email their remarks to debsmee572@gmail.com or amitabhanj@gmail.com 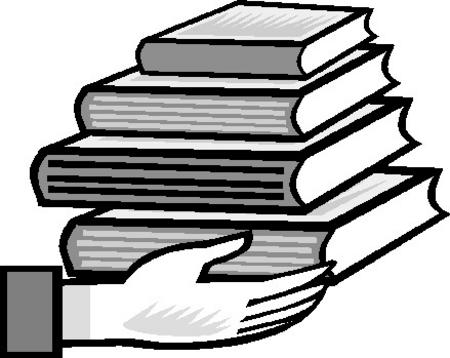