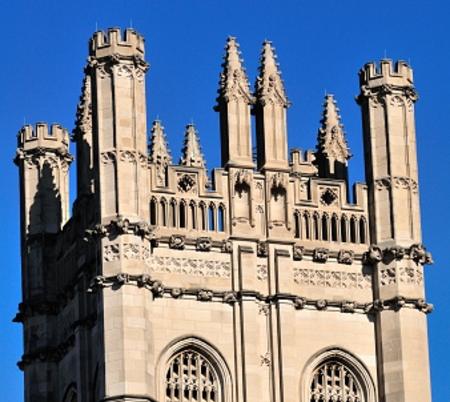 My Stint As A Disk Jockey In Chicago 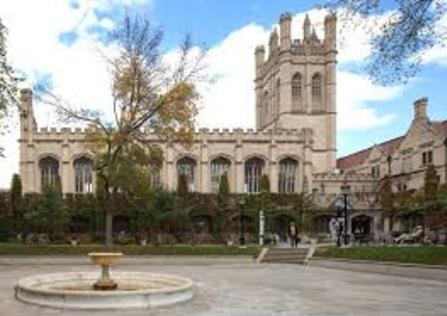 I had an epiphany of sorts in the early 1970s when I was working as a post-doctoral research fellow at the University of Chicago.

The immigrant Indian community in the US was in the growing stages. With that growth came yearning for a whiff of the homeland through the observance of religious festivals (Durga Puja, Diwali, Holi) and secular or cultural events (musical soirees, screening of Bollywood movies, and so on). I went to many of these functions and enjoyed the experience. Pretty soon it became clear that it routinely fell on a handful of people to set up and clean the auditorium before and after any event. That realization led one day to my sudden epiphany: I had to get out of my selfish cocoon and give the organizers a hand in whatever they did. In a modest way perhaps, I knew I was ready for my version of community service!

I started to go to meetings of the Indian graduate students. I dropped broad hints that I was ready and willing to serve in some capacity. It was not long before an office bearer of the student body approached me.

“We need someone to handle our weekly programming slot on the university’s radio station. Would you be interested?”

“What?” I stammered, in puzzlement and minor panic. I had dreamed of many careers as a child in India -- as fireman shoveling coal in the furnace of a steam locomotive, for instance, or a newscaster on All India Radio (AIR) to follow in the footsteps of Melville De Mellow. But a disk jockey? Like the ones playing records on Anurodher Asor on AIR Calcutta? Hardly!

Nevertheless, after some reflection, I agreed to accept the charge. I took up responsibility for running the one-hour, once-a-week Indian program on the radio channel of the U. of Chicago. It had (and still has) the call letters WHPK. The broadcast center is located smack in the middle of campus, high up in Reynolds Club, at the intersection of 57th Street and University Avenue.

On the first day of my assignment, I ascended the stairs to the broadcast center with considerable trepidation. The door to the booth was closed; and the “On Air” sign -- lit and prominently visible from outside -- added to my nervousness. After the initial introduction to the folks who ran the station, I was taught the basics of the job. I was not to touch any equipment, because I did not have the requisite training and lacked the necessary FCC certification. I would always have an engineer assigned to me, whose job it would be to cue up and play particular tracks of a vinyl LP record as directed by me. I would put on a headphone and could speak into the microphone when the “On Air” sign came on. The engineer would be responsible for the start and end of the program, and any and all recorded official announcements in its duration.

“Serving Hyde Park and Kenwood, this is WHPK,” I intoned. And thus began my year’s stint as a Chicago disk jockey.

The U of C radio station had some records of Indian music in the library – Ravi Shankar on sitar and the like, and also some popular numbers. In the beginning, I would spin those disks. But after a while, I decided to add variety by supplementing the station’s library with my own personal records. I searched my collection and settled on two that I thought would have wide appeal.  One was Binaca Geetmala with Ameen Sayani, and the other an album of Rabindra Sangeet by Hemanta Mukhopadhyay.

I began putting selected songs from those two LPs on the air. I could do so, of course, with the help of my support engineer, but two questions began to haunt me: was anybody listening, and who exactly could even listen? I decided to do a bit of investigation to find out.

The AM airwaves of the Chicago area were dominated back in those days by WLS -- a clear-channel radio station broadcasting with 50,000 watts of power that played popular music and could be heard over hundreds of miles in the Midwest. (WBBM, the all-news CBS affiliate, was powerful too.) In contrast, my sleuthing revealed that WHPK was broadcasting with only 15 watts of power – the strength of what we knew as a “zero power” light bulb in India -- albeit as an FM station. My heart sank when I learnt this. Was my disk jockeying all for naught?

To test out my reach, I tried an experiment. I put on Hemanta’s Rabindra Sangeet record one evening and (off the air) telephoned my close friends – a graduate student couple who lived in the university’s housing complex several blocks away, on Kenwood Avenue near 53rd Street.  “Guys,” I implored, “Could you please turn on your radio and tune it to WHPK?”

My heart beat nervously while my friends obliged me. They soon confirmed that they could hear Hemanta’s song on the air.  I was relieved to know that WHPK was at least living up to its call letters and serving the Kenwood area!

I did not have any script to follow when I began my career as a DJ. In the back of my mind were the staid but steady voices of announcers that I had heard back home on All India Radio. Then one day, as I was ascending the stairs to the broadcast booth, I was startled to hear what seemed like a loud altercation. Upon getting closer, I found a young man on the broadcaster’s chair shouting at the top of his voice, periodically changing the pitch and modulating the volume, in his best imitation of the announcement style of famous DJs of that era. It occurred to me in a flash that WHPK offered interested U. of Chicago undergrads the opportunity to hone their skill for maybe a side career in broadcasting. The particular announcing style to imitate would depend on the student’s interest in music. I later heard other DJs speaking sentences in an awkward monotone, deliberately inserting pauses and emphases in all the wrong places, in the style invented and popularized by announcers on classical music stations and NPR.

My year-long stint as a DJ on WHPK passed uneventfully, except for two episodes that remain etched in my memory.

The first was the time when I tried to do a live broadcast (as opposed to spinning vinyl records). University of Chicago had a South Indian student who was also a talented singer. In fact, he had trained under the Carnatic music legend, MS Subbulakshmi, and was one of her favorite disciples. “Would you be interested to do a program singing live on the air? On WHPK?” I asked him one day. He agreed and replied in the affirmative.

There were risks involved, but I got a lot of help from him as well as the engineering crew at the radio station. The singer brought with him his instruments and a number of accompanists. The engineers set aside an enclosed space for the performance, free of noise and interruption. The result was the live broadcast of some of the loveliest Vinayak vandanas, in the South Indian musical style, that I have ever heard in my life.

The second memorable event was the time Maitreyi Devi came to speak live on the radio station. I am not quite sure how the opportunity came my way, but when it arose, I grabbed it with alacrity. I have to admit, though, that I had a very different concept in mind than what actually transpired. I was hoping to have a live one-on-one conversation with the famous writer of Mongpu-té Rabindranath (Tagore in Mongpu), but she would have none of it. She insisted on reading some faded notes from a sheaf of yellowing paper. I was no match for the redoubtable author and reluctantly agreed.

I remember virtually nothing of what Maitreyi Devi said on the air. It revolved around her interaction with Tagore for sure, but her English writing was undistinguished, and her delivery a drab monotone, making me wonder if WHPK had a listenership in single digits for that evening hour. I had hopes of getting at least a sumptuous Bengali dinner out of my “politesse,” but it was quickly dashed. Her Chicago host who brought Maitreyi Devi to the radio station whisked her away right after the program, giving nary a glance at the eager but hapless young man waiting patiently on the wings.

Years later I read “Bengal Nights” (La Nuit Bengali in French) by Mircea Eliade. It is a barely disguised autobiographical novel of the author’s time as a boarder in a Bengali household in Calcutta, and his intense attraction for (and later nightly liaison with) his host’s daughter (and the novel’s heroine) Maitreyi, for which transgression the protagonist is thrown out of the house. In real life, Eliade was a philosophy student at Calcutta University for several years beginning in 1928. He studied under Mayetri Devi’s father, Surendranath Dasgupta, and stayed in their house. The strong parallel between fiction and reality would naturally lead people to believe that Eliade’s entire story is autobiographical and true. Mayetri Devi had no inkling of the novel (originally written in Rumanian) for decades. When she found out about it, around 1950, she strongly objected to Eliade’s depiction of their relationship as sexual; she wanted to rebut the novel’s portrayal of her alleged adolescent indiscretion to clear and preserve her reputation.

Maitreyi Devi’s riposte to Eliade’s novel was to write her own account of the events in Calcutta of the 1920s as an alternative novel in Bengali, under the title Na Hanyate, which was later translated into English as “It Does Not Die.” In that book, she says that a main reason for her to come to Chicago, at a time when I was a DJ at WHPK, was to confront Mircea, who was by then a well-known professor of History of Philosophy in the Divinity School of the University of Chicago. She never denied the strong attraction that she and Mircea felt for each other when Eliade was her father’s graduate student and a boarder at her home. But she maintained that the sexual liaison part of Eliade’s novel was entirely the author’s fabrication.

In the end, Maitreyi Devi did get to see Mircea Eliade in his Chicago home. Looking at a bald and elderly man in indifferent health, as her former love interest had become, Maitryi Devi’s desire for an angry confrontation essentially evaporated. That at least is how she described her Chicago encounter with Eliade in her book.

When I read that, I felt like I was at least a bystander of history during my disk jockey period at the University of Chicago!

Comments received from Toopan B. on June 2, 2017:  "Enjoyed the article on your DJ experience!  Far more interesting than my one-time practice attempt (not on air) at WBRU at Brown!"