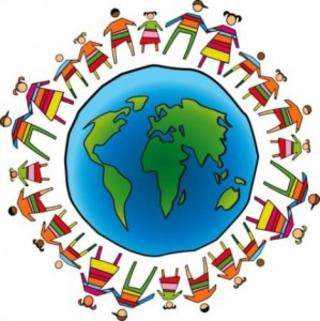 When Debashish (Deb) was offered the opportunity to come for assignment to the US he was excited. This was a great way to feel the watersof life outside India. The assignment was for 18 months and it felt good to know that the organization had confidence in his abilities. He had always considered the idea of migrating but had not taken the plunge. He had been busy ‘settling down.’ Now was the perfect time. Pamela and he had been married for over 4 years, their only son was almost a year old, they had already invested in an apartment in Kolkata, his job was paying him well and his employers were now giving him the opportunity to travel to USA and hopefully establish himself in the West.

Deb is an intelligent, pragmatic, independent thinker. He spoke to Pamela and to his parents and hers so they knew about this opportunity and could express their views. He was aware that this would give him perspectives that he may otherwise miss. There were suggestions to leave his wife and child behind, since it was a relatively short trip, and to a country where they had no family or friends as a support system, like they did at home. There was also talk of leaving the 11 month old Indrashish (Tojo) behind with his grandparents and taking Pamela with him. Deb weighed it all and decided that he wanted this to be as real as possible so he could use the next 18 months to determine if he wanted to migrate, or to build a future in India.

Deb, Pamela and Tojo landed at Newark Airport end of July 2012. In his meticulous ways, Deb had connected with people from his workplace who could guide him, and within a week of their arrival the young family had settled into an apartment in the town of Parsippany in New Jersey. They were ready to experience life at its best during the summer of 2012 and beyond.

The first lessons we all need to learn when we have the opportunity to migrate out of India is that the ways of the rest of the world, though similar in many aspects, are very different in others. Parents of little children must understand that raising a child in the US has many similarities but it has some very stark differences that we must be aware of and heed. These differences are not about merit and de-merit, right and wrong, fair and unfair -- these are differences arising from disparities that are inherent between cultures. These dissimilarities are equally difficult for people from either culture to reconcile with. When we are in the US though, we must abide by the rules and laws that govern how children are raised here. As I write this I am unaware of any organization through which, or method by which, this information is disseminated to young families arriving here for extended stays. As a community we must initiate a means by which this is done.

If Deb had been made aware of the basic needs of preparing a home for a baby, or about the laws regarding child protection and even about the universal 911 emergency phone number, he would have taken all the necessary steps to abide by all that he needed to. When Tojo fell off the bed onto the hardwood floor both Pamela and Deb were completely unprepared for handling the emergency.

What ensued was a nightmare that lasted for over 6 months, culminating in the young couple having to give up custody of their now 17 month old baby to his maternal grandmother in India. The preceding 6 months were spent fighting to get Tojo out of the foster care system and trying to prove that he was not deliberately abused but had sustained grave injuries due to the fall.

When the people who have accused you of abuse and have custody of your baby, and have moreover convinced themselves that you are unfit parents, fighting for the return of your child is a losing battle. The system is set up to believe that, since the child does not have a voice, the government agency must presume the worst and proceed to protect the child from the caregivers under whom the child sustained the injuries. The fact that the people from child protection services are ‘doing a job’ and not simply ‘serving the best interest of the child’ makes the dealings between the family and the Department of Child Welfare extremely adversarial. To be fair to the Department there are cases where their intervention is necessary. They serve a purpose in the society here in the West. The challenge lies in the fact that the people working in the Department don’t seem motivated to work harmoniously with families to re-unify them. Foster parents are paid per child under their care and jobs in the Department must be based on how many children are under each case worker. The incentive to re-unify families can only be motivated by care and concern about the welfare of a family that is made up of strangers. We must recognize that inherently the system is not set up to side with the family.

This is where community comes in. Unless we stand beside one another during tough times, we cannot protect the interests of our community. The way the Indian community in general and the Bengali community in particular responded to this case is the perfect example of how not to react.

What the community did was:

What the community could have done:

A lot of what the family endured was because of two major reasons. The first was lack of information and the second was lack of support. Once the support became available through a couple of people from the community (in Pennsylvania) and a human rights activist in India, the couple were able to build a team of caring American strangers that kept the Department of Child Welfare on their toes, forcing them to do more than just a job, and eventually led to the child being released from foster care and the case of alleged abuse or neglect against the mother being dropped.

The details of the case are horrific and often hard to believe, but being directly involved as part of the team that helped the family, I know that the truth in this case is stranger than fiction. It was as if the entire system was conspiring against the family. Doctors, judges, lawyers, case workers, foster care providers - everyone seemed to believe that they deserved a piece of flesh either out of the child or the parents. The parents were never charged with neglect or abuse; it was evident that most doctors, who weighed in on the case, believed the injury could have resulted from an accident as described by the mother. Although the parents were more than willing to cooperate with investigators, the Department of Child Welfare kept delaying the return of the child (a citizen of India) to India.

It is Deb’s firm belief that it was because of the support of complete strangers that his child is back with family again. My appeal to the community at large -- please do not ignore a plea for help! Such cases are not as rare as we believe. There is another family from Kolkata who is facing the same ordeal right now. Come forward just to say, “You are not alone.” Make yourself visible, give relevant information, get people connected. It all adds up and makes a difference.

We need to hold workshops for people migrating to other countries before they set foot on foreign land and we need to do the same once they get here. We need to be more supportive towards new immigrants. We must develop a system that identifies new arrivals so we can make our presence known to them, thus giving them the opportunity to approach us if and when they need help. I am more than willing to help facilitate some measures and brainstorm with interested people so that what this young family went through serves as a learning tool to others. Tojo paid a heavy price and let it not be in vain.

I am writing to express a couple of thoughts about the article by Ms. Basu on Debasish Saha.

The article is very timely, and I agree with the author in almost every aspect, barring some of her judgments about the community. I personally know Debasish and met him a few times during the ordeal he and his family went through. It was happenstance that the news of his son came to my attention from Indian media and I wanted to help because this was a horrible tragedy.

Following are the facts about how a few of the Bengali and Indian community members responded to the appeal for help and stood by him during this horrific time:

-  A fellow Bengali in Chicago and his friends (Bengali and non-Bengali) collected over  $1200 for his legal fees.
-  An acquaintance at our local Bengali organization and the family collected over $3000 for his legal fees.
-  A non-Bengali friend of mine from Texas, who has experience in legal matters in US and India, collected over $1000 for his legal fees and assisted him in establishing contacts with the community of social activists.. They conducted regular weekly conference calls to provide him support and guidance.
-  My family members along with our friends (Bengali and non-Bengali) collected over $2000 for his legal fees.
-  Arrangements were made by some of us so that he could get his son from foster care to attend Durga Puja.
These were all small gestures, and while it is true that the Indian community (and especially the Bengali community) could have and should have done more, I think these acts of support should be recognized in an article like the one by Ms. Basu. We should celebrate even small acts ofkindness from individuals and families. Otherwise we may risk losing their support in the future when a community member needs help. I should add that if other Bengali (and non-Bengali) community members helped, their contributions should also be recognized.
Overall, being self-critical is a good idea but we should not forget small good deeds because they can add up if they are encouraged through recognition.

Point well taken. Yes, every bit of support should be acknowledged because every bit of help does go a long way. Debashish and Pamela have always expressed their gratitude for the help they got from all quarters.

Social Responsibility is what maintains the balance between the economy and the ecosystem. It is the balance that ensures that we social beings survive as the human race. This is as much a responsibility as it is a privilege of every individual. Those who contribute to the social fabric are assured a place in the hearts of people and in history books; while those of us who live self serving lives are forgotten or at the most, thought of as insignificant.

The synergistic assistance the community could have provided to the Sahas could have saved them a lot of headache. Having said that I personally extend my gratitude to all who did stand by the Sahas in their time of need. The support of every individual and every organization definitely helped in re-uniting the family.