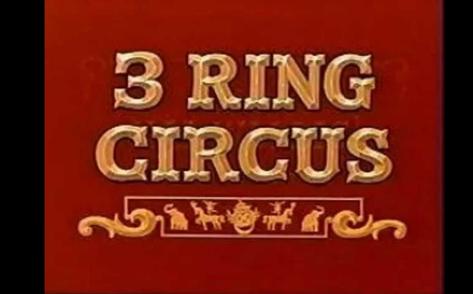 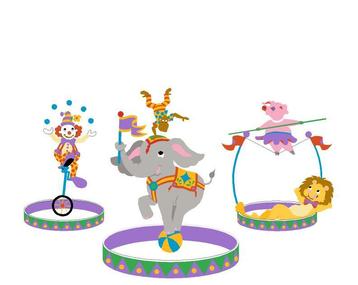 I was vacationing in Florida when the New York Times broke the news about the imminent death of the circus in America:

“Ringling Bros. and Barnum & Bailey circus announced on Saturday night that after 146 years of performances, it was folding its big tent forever… The final shows will be on May 7 in Providence, R.I., and on May 21 at the Nassau Veterans Memorial Coliseum in Uniondale, N.Y…. An estimated 10 million people go to a Ringling circus each year… Declining ticket sales, which dropped even more drastically after elephants were phased out from the shows last year, (and) high operating costs (have) made the circus an unsustainable business for the company.” (January 14, 2017)

The report went on to note that “People for the Ethical Treatment of Animals, which campaigned for the elephants’ removal, heralded what it called “the end of the saddest show on earth.”

On May 22, Chicago Tribune carried an article, aptly titled, “Tears on last night for Ringling Brothers ‘Greatest Show on Earth’.”

It was ironic that I read the New York Times report while staying in Venice, a lovely little town within a half-hour drive from Sarasota, a beautiful city that owes much of its success and fame to the Ringling Brothers.

If you visit Sarasota, you will notice the name Ringling all over the city: Ringling Boulevard, John & Mable Ringling Museum of Art, John & Mable Ringling Mansion (Ca d’Zan), Edith & Charles Ringling Residence, Ringling College of Art & Design, and, of course, Ringling Circus Museum. You will also learn that Sarasota was the winter home for the Ringling Brothers Circus for almost 30 years, beginning in 1927. The circus moved its winter home to nearby Venice in 1959 and relocated to the Tampa area (north of Sarasota) in the 1990s.

When I heard the news about the coming end of the circus in America, Venice still had a trapeze school (Flying Trapeze Academy, 1401 S. Ringling Drive), a fading reminder of Sarasota County’s lasting romance with the Ringling Brothers.

There were a lot of people from Venice to Tampa who were shedding tears when that news broke.

Some of my fondest childhood memories are about the circus coming to town.

I was probably eight or nine when I first saw the “Great Circus Parade” winding through our narrow, dusty streets. I gawked at the spectacle of the marching bands, the caged tigers and lions, the elephants and horses with their riders, the clowns, the stilt-walkers and the never-ending row of acrobats and animal trainers. The wondrous eyes of the child took in every bit of that amazing experience. Seeing the actual circus under the big tent only intensified that awestruck feeling. I remained in a quasi-hypnotic state for days, with the images swirling in my head of fierce tigers growling at the trainer, the huge pachyderms behaving like docile puppies, the daredevil motorcyclist speeding within the “cage of death”, and a giant elephant standing on the chest of one Ms. Reba Rakhit.

I had fallen in love with the circus.

Our little circus returned to our little town at two- or three-year intervals, and I re-lived that experience of wonderment every time the circus came to town. The puppy love grew stronger each time I saw the circus.

In time, I grew up and left home for the journey that is life, never to see a circus again, in India or in the US.

Puppy love usually fades with time. Mine did too, for various reasons, some within my control and some outside.

My wife and I have lived in the US for fifty years and have raised three daughters. We have two granddaughters as well. But neither our daughters nor our granddaughters have seen the circus. When my daughters were young, I was too busy to notice circus advertisements in local newspapers or take time to drive them to distant locations. To ease my conscience, I took them to a couple of performances of “Holiday on Ice” and “Ice Capades”. I was glad to see that they loved those experiences. I thought that I was building a good foundation for them to enjoy the “real circus” when they were a bit older (and I had more free time!).

When the kids reached high school, one by one they began to ridicule, if not abhor, the idea of going to the circus. It was time for me to realize that the circus experience held less of an appeal to them than it did to me at their age. To make matters worse, one of my daughters became an avid advocate of animal rights and was against animal cruelty in any form. She considered the circus as one of the worst offenders in this area. The other two daughters supported those sentiments, although they were not as vocal. Although outnumbered, I made feeble attempts to defend the virtues of the circus: it brought exotic animals to people who might otherwise never see them up close, it was a centuries-old art form with a rich heritage, it employed hundreds of people and brought entertainment to millions, etc. My arguments only inflamed their passion against cruelty to animals.

The puppy love did not fare well against the tides of time.

The tides against the Ringling Brothers and Barnum & Bailey cascaded and strengthened with time until they overwhelmed the institution that had brought the wild, the exotic, the daredevil and the freak to America’s masses for close to 150 years. Tastes changed, customs evolved, technology progressed, and the masses could now see the wild, the exotic, the daredevil and the freak on the TV, in the comfort of their living rooms. And the masses began to be repelled by the images of elephants in chains and ferocious beasts in cages -- and by the accusations of ill treatment heaped on captive animals. Forgotten was the romance of the circus, forgotten were the lives of the hundreds of employees, and forgotten were the commercial benefits to all the communities the circus visited and entertained. In its place rose up an anger against the “money behind the circus” that was bitterly expressed by Tippy Hedren, the actress-turned-animal-activist: “It is up to the public to stop attending these theatrical, and aquatic shows, and circuses with wild animals. The rhetoric about how the animals are happy and well cared for are lies. Don't be swayed by them. The money behind these shows is huge; there is nothing good about them.”

My puppy love for the circus had faded but not died altogether. It bloomed again when I visited Sarasota about seven years ago while on vacation.

A friend recommended that we visit The Ringling, the old family estate of the Ringling family, now a museum administered by the Florida State University. I had a fairly low expectation when I went for the first time to this expansive property overlooking the beautiful Sarasota Bay. Soon I discovered what a gem of history, art, architecture and nature that place was!  Most visitors go to The Ringling to admire “Ca d’Zan” (“House of John”, in the Venetian language), the Venetian-style mansion that John Ringling built in 1926 for his wife, Mable. And they also get to appreciate their superb collection of European art, housed in another masterpiece of a Venetian architecture. But to me the most fascinating of all was the Circus Museum, especially the Tibbals Learning Center. This center was inaugurated in 2006 to showcase “a magnificent model of an American circus coming to town”.

Why was I so taken by this huge model of a miniaturized circus?

Housed in a 3800 square-foot enclosure, protected on all sides by glass panels, nearly 1 million handcrafted pieces make up this miniature circus, including 500 animals, 1500 performers, 152 wagons, 7000 folding chairs for spectators, and dishes and tableware to serve 900 people. Everything built to 1/16th scale, the model includes a four-foot high, three-ring, “big top” tent -- and several smaller tents for performers and workers needed for cooking, eating, sleeping, dressing, rehearsing, maintenance, laundry, and all such needs of a roaming village that a circus was in its heyday. Unbelievably, all the pieces of this huge display were hand-built over many decades by Howard Tibbals himself, a life-long circus enthusiast.

To assure historic accuracy, “Tibbals collected almost one million photographs and measured historic wagons, train cars, and other circus equipment to construct his model... The perimeter of the model is approximately 450 feet, or the length of 1.5 football fields. The area is large enough to park 11 school buses.” (Source: Florida State University website)

What impressed me even more than all the numbers was the vivid depiction of the story behind “the circus coming to town”. The story was told through carefully laid out displays of thousands of life-like pieces around an imaginary “circus town”. The model displayed every step of the logistics of a circus coming to a town, from laying the infrastructure for the circus ahead of its arrival, setting up its operations after its arrival, performing for several nights, dismantling, packing up and moving, and finally removing and transporting all re-usable infrastructure items such as lamp posts and railroad tracks. Complemented with short but informative descriptions and audio commentaries, this model taught me how complex and huge the move of a circus was. In fact, the museum proudly proclaimed that in its glory days, the move of the Ringling Brothers and Barnum & Bailey’s Circus was the biggest non-military logistical operation in America.

The little circus that had enthralled me in my little town when I was a little boy did not involve big operations and complex logistics, but it had sparked in me puppy love all the same. But another circus at another place and at another time had succeeded in igniting a far more fiery and durable love in the heart of a young kid named of Howard Tibbals. For fifty years, he doggedly pursued his dream of capturing forever the “circus experience” for children and adults alike. That dream became a reality in 2006 when the Tibbals Learning Center was opened to the public.

A while back, I was killing time in a doctor’s office, waiting for the nurse to call me in. As I thumbed through old magazines, I ran into the July-August, 2017 issue of Smithsonian.

The cover page featured the main story in big letters: “The New American Circus.” Underneath, in smaller letters, it said, “Ringling Bros. Has Folded Its Tent, But Artists Nationwide Are Reinventing the Big Top.”

Before I could read the article, I was called by the nurse.

When the Circus Came to Town​