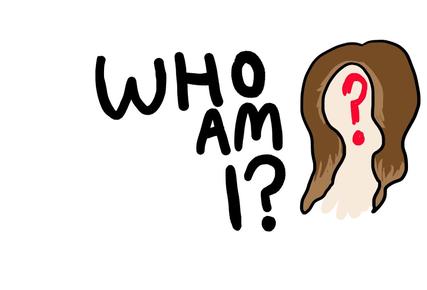 The purpose of this article is to address the question “Who am I?” No, it is not some type of spiritual quest or process of self-realization but more of a reflection of an identity crisis that every person migrating to a foreign country goes through at some point in their lives. In my case, the key question is “Am I an Indian or an American?”

I had no clear understanding of or expectations from an American lifestyle when I first came here. I was fed up with my life in Kolkata after my M.Sc. examination and just wanted to escape. The violence of the Naxalite movement and the resulting disruption of our academic life, various protests and “bandhs”, frequent “load shedding”, rampant corruption among the officials regardless of what I wanted to do, the same old Tagore-centric culture and envious criticism of others in social gatherings, lack of a meaningful career path other than teaching in a college, puritanical attitude towards association with girls – all contributed to a very frustrating youthful period.

Many of my classmates were applying for PhD study in USA. I had no aspiration of getting a degree from a foreign university and I knew that my parents would be very reluctant to send their only son abroad, especially since my mother raised me in a carefully guarded environment. However, there were certainly some peer pressure.

This was also the age when hormones were bubbling and all those Bollywood movies were sowing seeds of romance into our heads. I fell in love (or so I thought) with a beautiful girl from my college and found out that she was also applying to go to the USA because her elder brother was already there. My decision became clear; I had to apply too to the same university where she was applying!

After I came here, I realized within a relatively short period that, in spite of many social problems, the American society was well suited for my personality and interests, even though it might not have been the “ideal” society I had in my imagination. My fascination with USA was not quite love at first sight but an intense infatuation within six months. It was not just the comfort and convenience of daily life but the sense of freedom and self-reliance, freedom of speech, opportunity to be whatever one wanted to be, justice system, pragmatic outlook, spirit of innovation, sense of humor – all appealed to me. I even appreciated the little things in life such as cleanliness of the roads and shopping malls, the use of air fresheners everywhere, hamburgers and French fries at McDonald’s, strangers saying “hello” with a smile, sales ladies at stores asking “May I help you?” (and meaning it), and the pure joy from watching TV shows like “Let's make a Deal”.

As a result, although I did not tell this to my parents, I knew deep down inside that this was where I belonged and this was where I would live the rest of my life.  There has never been any thought on my part about going back!  When my mother passed away I felt that my umbilical cord with India was finally cut off.

I had applied for green card right around that time and became a US citizen at my first opportunity. I genuinely started to regard myself as an American. My intention was to get assimilated into the American society to the extent it was possible, even though I knew that my skin color and foreign accent would never allow a full assimilation. Unlike my many Indian friends I was very comfortable with this conviction. If someone asks me to describe myself in one word, I would say "American".

However, I am certainly proud of my heritage. It brings me great joy when I hear about any success of Indians, especially on the international stage: whether it is Amartya Sen winning the Nobel prize in Economics; A. R. Rahman winning the Oscar for the Best Musical Score for "Slumdog Millionaire"; Satya Nadella and Sundar Pichai being selected to lead Microsoft and Google, respectively, not to mention the dominance of Indian IT engineers world-wide; Priyanka Chopra winning the "Miss World" crown; universal popularity of masters like Ravi Shankar; India winning the "World Cup of Cricket"; and so on. India's overall economic prosperity in recent decades, and the prediction that the Indian economy would be the third largest of the world in two decades, reminds me of the line from an old song written by Atul Prasad Sen, "..Bharat abar jagat sabhay shreshtha asan lobe" (India will once again occupy the best seat in the world gathering).

Although I do not consider myself a racist, I do believe that my Indian origin has given me some inherent traits which are typically not shared by other Americans, such as an analytical mind and a spiritual/philosophical outlook. I am certainly thankful for that.

In spite of this pride, I do not feel any urge to visit India every few years; I do not keep track of all the political and social events going on in India. I do not feel the necessity of promoting Indian culture in the USA by participating/initiating various programs and activities. I did not even teach my only daughter to speak in my native tongue (Bengali) or any other Indian language.

I feel a strong nostalgia about my life in India nonetheless. Such as, when I listen to Bollywood songs; when I watch a game of cricket on TV; when I eat at an "all you can eat" buffet at an Indian restaurant; when I think of my train journeys; and especially when I watch pictures of the Himalayas and all the sanyasis roaming around there in quest of the supreme truth!

Many years ago, when I was visiting India, I unintentionally got involved in a debate with a gentleman who was much older than me, He was basically accusing me of betraying my country. His point was that I was not only born and raised in India, but India provided me with a very sound base in education and financial security. I did nothing to pay her back and instead ran to a foreign country. I clearly did not love my country and was motivated by purely selfish reasons. He was going on and on about this theme by citing many examples to make his points.

My purpose at the time was to simply shut him up and I succeeded. Later I thought about my comments many times to see if I really meant them, especially the last line about going to war.

I certainly love USA and am proud to call myself an American, but would I really go to war to defend the country? I remember when I first came to the USA, the Vietnam war was still raging and an involuntary military draft was in place. There was a reluctance among the Indian students who came here on student visa to apply for green card and eventual citizenship because of the fear that they might be drafted to go to Vietnam. Fortunately for me, the war was already over when I applied for green card and I did not have to face this dilemma.

To me, willingness to fight for one's country and putting one's life on the line is the ultimate proof of one's love for the country and a decisive factor in determining one's true nationality. I can honestly say that if I have to, I will fight for USA against all countries except India. I will not fight against USA on behalf of India either. I would just sit on the sideline.

Wars aside, do I really love USA? Do I really feel like I am an American?  I have lived in a number of states before moving to California: other than Wisconsin and Indiana, where I resided for many years, I have also lived in Louisiana, Pennsylvania, Iowa and Maryland for various shorter periods of time; I visited Texas and Georgia numerous times when my ex-wife was living there with my daughter.  I found people everywhere to be very friendly, helpful and trustworthy; I can honestly say that I never experienced any kind of discrimination. I also liked the fact that there was a certain degree of uniformity and consistency among all the places I have been to. They all have a downtown with big office buildings where few people live, sprawling shopping malls, a good college or university, familiar grocery stores all stacked up with food in the same way, new home communities in the suburbia -- not to mention a few ethnic restaurants. However, deep down inside, when I lived in all those states, I always had this awareness that I was really a foreigner, that I did not belong here.

Surprisingly, I do not feel that way in California where I live now.  I consider myself to be just as American as Jose Morales or Kwan Lee or Reza Farazadeh or John Smith next door.  It is a very comfortable feeling, to know that this is MY country and I really belong here. When I go out of the country for business or vacation I cannot wait to get back home.

Now I believe that the key for me to genuinely feel to be a proud American is to live in an ethnically diverse community, but where the general behavior patterns and interactions among the community members follow the American norm, and everyone thinks that he/she is an American first. I do not want to live in neighborhoods dominated by particular ethnic groups. There should be no people talking loudly in a foreign language, no illegal workers at street corners looking for jobs, no strange smell of various ethnic cooking filling the air, no one wearing strange outfits like turban or burkha and so on. It should be a melting pot where different cultures have already melted together. 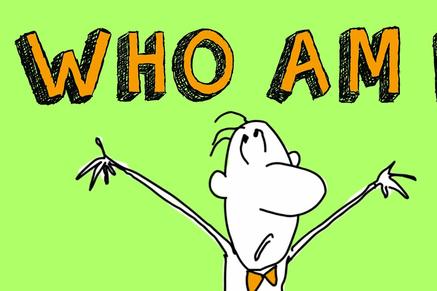 Confessions of an Indian-American

Note: Readers interested in commenting on this article should email to debsmee572@gmail.com or amitabhanj@gmail.com