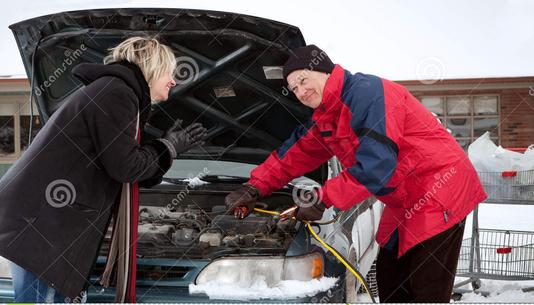 After all these years in the frigid winters of the US North East, you’d think I’d know what plummeting temperatures mean. And that there’d always be a plan to face and fight it. But you’re wrong. I was surprised, actually shocked to realize this was really happening to me. And my brain was freezing as well not letting me think. I didn’t have a strategy that cold dark evening.

The pandemic along with everything that fell out of its pandora’s box continues to impact our lives in so many different ways the third calendar year in a row now. Truly unprecedented and mind boggling. But out of all the nasty outcomes, a comparatively innocuous fallout is Remote Work or WFH because it has its benefits, especially during the harsh winter months here. There’s hardly any combat with icy slippery roads, driving through freezing rain and gusty winds, snow squalls, and navigating black ice on surfaces en route to work.

But that does not negate stepping out after a full workday to replenish the pantry and the fridge with the essentials. That’s exactly what happened the other day. I ran out of milk, bread, and a bunch of other essential items and had to go grocery shopping. I didn’t want to but had to.

It was around 6pm and dark as hell. It was very cold, and windy, but that is an understatement. My hands were numb despite the gloves and my brain under the hat and the hood of my puffer jacket was shutting down. In my rush to get over with the chore as quickly as possible, I didn’t warm the car as I typically would. I jumped inside the frozen box and dictated the engine to start and it gave in reluctantly out of kindness, I guess.

At the grocery parking lot, I stepped out and wanted to lock my car. It refused.  It just wouldn’t budge. I could lock it manually but how would I open it after shopping?

I got back into the car and tried the ignition. The dashboard was inky black and the power wasn’t coming on. Intermittently a flash kept saying No Key! I just couldn’t figure out when the freaking electronic key was right there under my very nose. What the h…..!

I remembered car batteries and their electronic keys hate the cold just like my iPhone does. It loses charge if I am out in the cold for long. Cold weather and car batteries simply don’t mix well. And the electronic key too shuts off in the cold. And if the phone too loses its charge, without the car phone charger, my situation would become critical in minutes.  So what now?

That’s when I got really scared. I was miserably stuck. There wasn’t a single car around; the lot was empty. I was debating whether to ask my auto insurance for roadside assistance or wait for the car to behave more decently. Needless to say, my numbness in more senses than one was increasing by leaps and bounds.

Just then by the infinite grace of God a black SUV parked in the spot right next to me. I didn’t even once bat my nearly frozen eyelids and ran for help to whoever was emerging from the big black vehicle. He was a burly masked man, nearly invisible, his black parka covering most of him.

He asked for my electronic key and tried to start the car. Nothing. Totally powerless. I couldn’t have been more helpless because given the situation, even if I called for roadside assistance, it would take hours before I got delivered from sitting in a freezing car frozen to the bone. Alternatively, if I left the unlocked car in the parking lot, who knows what could have happened.

Right then he asked me if I had a jump starter. Thankfully I had one in my trunk which grudgingly opened because it would have liked to remain shut in the cold. He asked me to flash his phone flashlight and made the needful cable connection between the two batteries of both our cars.

I held my breath and prayed. It was one of the most anxious moments I’ve encountered lately. Gratefully, I saw that the battery felt revived and the car was alive once more. It had also started recognizing the key. He asked me not to shut off the engine and go home. Also, not to keep thanking him every 2 minutes.

But I still had to get milk. All the other stuff on the list was completely meaningless by then. And then the kindest of human beings on earth told me, “ You can’t leave your car unlocked and the engine running like that. Someone can steal it. I will wait here in my car right next to yours while you finish your shopping.”

I wiped my tears of gratitude in the dark. He was a Godsend. Otherwise why would this man, who I learnt lived 1hour and 15 minutes away and was there just to pick up dog food, would be right there when I needed saving in my direst of moments? He was the right person at the right time at the right place -- nothing but divine intervention.

I ran in, got milk, and ran out to thank him again. His eyes just smiled, oblivious of how he had overwhelmed me with his goodness. He suggested that I check out battery health with a mechanic the next day. He thought maybe it was a malfunctioning alternator that wasn’t charging the battery or maybe the battery in the key needed replacing.

During my lunch break the next day, I decided to follow up on his advice and test the key and the battery before heading out to the mechanic. If the key malfunctioned, its battery needed replacing, and if the car battery was weak despite the functioning keys, I would have to buy a new one although it was fairly new. But the engine detected the key the first time itself and started running as though the drama of the previous evening hadn’t even happened. Also, I could lock the car with the same key.

It had chosen to be frigid in the freezing temperatures the previous evening, just cold and unresponsive, sensitive and vulnerable like us humans.

But all the way home that fateful evening, all I could think of was the warmth of human kindness, the godliness in human beings that allows the world to thrive. He was my guardian angel that evening, the very presence of the divine. And I survived near death trauma only because of him.

Technology may fail you but never the inherent goodness in people at the most unexpected and emergent of situations. My prayers will always be with you Sir. God bless humaneness