I didn’t do well in my first midterm exams. I studied hard, memorizing the topics that were taught in the classes, as I would have done in India, but the questions posed were different than what I expected. The exam in quantum mechanics was open-book. I had no idea of open book exams. It was unthinkable in India. I knew students would simply copy answers from the book! What kind of an exam would that be? With some trepidation, I went to the exam with my book and study notes under my arm.

When Dr. Schrieffer came to the class, I had never seen him so cheerful. He scanned our faces and gave a wide smile. I sat nervously, but he seemed to enjoy the day. He said something and everyone laughed, except me. I sat all serious and wondered how could they take it so easy?  The professor then wrote on the board: October 28, Quantum Mechanics Midterm, 10 – 11 AM.  He turned and smiled again. I didn’t get it: what was so amusing about the date and time of the exam? Finally, he distributed the test questions.

I searched through the relevant chapters in the book, but there was nothing I could copy for answers. I glanced at the student sitting next to me. He graduated from Columbia; he seemed to be absorbed. He had a pencil in his mouth and stared at the blackboard. I was sure he was adrift and would flunk the test. I saw another student with one foot up on the next chair. ‘Don’t they take the exam seriously?’ I wondered. Anyway, I had wasted a lot of time going through the book, and started to work out the problems. I did what I could.

Strange, I didn’t have to wait for months for the result, as we did in India. The professor gave us back our test results at the next class. I got 69 in Quantum Mechanics, a great mark in India—a first class mark, and very difficult to achieve. Only a few would get marks above 60, so I was elated, but only for a moment. The professor explained how the class had fared. Mine was in the middle of the class. There were probably ten students who did better than I. One Chinese student from Taiwan got 95.

It’s a C,” Peter Hakim told me, “bordering on D.” He sat next to me in the class. I was devastated. I barely heard the professor’s consoling words: “It’s only the Midterm. You still have a Quiz and a Final. If you haven’t done well, you can make it up. Don’t sweat it.”

Yeah, easy for him to say. My face didn’t light up. My two other grades were also similar. If I didn’t do well, I would lose my assistantship and I’d have to go back—disgraced! The best student from Calcutta couldn’t make it in the U.S.!

I remained dazed for a few days. I couldn’t write home. Finally, after a week when the shock became a thing of the past in the midst of huge homework assignments, I wrote to my father that I got 69 in QM. He was very pleased with my ‘first class’ marks and wrote me back immediately to convey his elation.

I was so depressed I stopped visiting the few acquaintances I had. No more weekend get-togethers, no parties, no movies. My friends thought I was studying hard for the final. Well, actually I did. I studied and studied and studied. Fortunately, I didn’t have a TV in my apartment and I didn’t see any TV. Soon Thanksgiving came and everyone left the campus; I stayed in my apartment and studied. My host family invited me to celebrate Thanksgiving with them, but I refused. No turkey for me until I get decent grades! My chicken curry and rice would have to do. I heard there was a wonderful Thanksgiving Parade in the Downtown with many floats. I asked an American what a float was. “Will it be something floating in the air?”

After staring at me for a few seconds, he said, “They are decorated exhibits on a moving platform—beautiful to look at.”

Floats can wait. I kept my eyes on my books.

I relaxed only after the semester grades were announced. I did okay. I got one A and two A minuses. I found that Peter got one A minus and two Bs. He was from Cornell, a more prestigious school, certainly much better than Calcutta. We did homework together and he had become a friend of mine, but he was a little miffed and said, “We’ll see how you do in the next semester.”

The second semester became much easier. Now I knew what the Open-book or Take-home tests were. I did well in the next semester and found that I could take the Ph.D. Qualifying exam at the end of the summer. Usually students do two years of graduate study and then take the Ph.D. Qualifying exam. I didn’t have courses to take during the summer, and I was not going anywhere from the campus. So I asked my advisor about it.

“Why not?” he said and looked me up and down. “You know, only about half of the students will pass.” He pushed his glasses back and added. “It will be two and a half days of exams. No books allowed and no talking. We will even escort you to the cafeteria for lunch.”

I didn’t know what to say. I stood quietly. I had heard that the whole faculty decided on the final result. They met in a room with a slide projector, cast a picture of the student on the wall and discussed him. A pretty serious tribunal!

“You don’t lose anything if you fail,” he told me. “You can take it again next year.” He paused and scratched his head. “I don’t know if anyone had done this before. Can you do it?”

“I have two months of summer to study.”

I gathered many books from the library, and went home.

That year the summer in Philadelphia was most gorgeous. Few students stayed on campus and those who stayed participated in many wonderful activities that I’d have loved to do—swimming, folk dancing, cookouts, going to movies, and taking trips. I dared not. I was charged for the exam. What made me wretched was not being able to go to Longwood Gardens, famous for their beautiful plants, or to the Atlantic City beaches (who doesn’t love watching the crashing waves?), or just hanging out with other students. Everyone around me seemed to have so much fun! On my way to the Physics Department every day, I stopped for a few minutes and watched students playing tennis. They were full of life and their animated voices made me jealous. I do not know now why I had to go ahead with my exam, but that was what I did and spent every day of the summer studying in the Physics building. The building was cool and an empty room was always available. Since I didn’t know the second year students, I studied alone. Everyone in the department, even the secretaries and the librarians, knew about me: the first year student who was taking the Ph.D. exam. They must have observed my brooding face.

One day I was scribbling my notes on a binder when Ephraim Feshback, a second year student, barged in. He was a husky fellow with big shoulders. His hazel eyes were alert. He looked at my notes for a few moments. “What are you studying?”

“Thermodynamics,” I looked up to him. “Very important for all chemical reactions.”

He gazed at me for a few more seconds and asked me bluntly, “Why are you taking the exam now?”

I thought about what I could tell him, but before I could say anything, he said, “You know you don’t have to take it. You take it next year.”

“If you pass, one second year student will have to drop out.”

I stared at his face.

“They will only pass as many as the professors can take as research students.” He sat down in front of me. “We have only two grades. Did you know that?” His voice was grave.

“I know you pass or fail. No letter grades.”

“We pass or go to Vietnam.” He stood up and went out, slamming the door.

I gazed at the door and remembered the Vietnam Rally during the spring semester. It was somewhat secretive. Peter took me there. He subscribed to Foreign Affairs magazine, and was quite involved on campus with current affairs. The rally showed a documentary on Vietnam and then talked about what the U.S. was doing in there. The discussions were agitated; many angry words were spoken.

The summer came to an end. I passed the exam, and only then, I realized that I participated in the Vietnam War in a peculiar way. One graduate student from Penn had to go to Vietnam to fight because of me.

Note: Readers interested in commenting on this article should email their remarks to debsmee572@gmail or amitabhanj@gmail.com 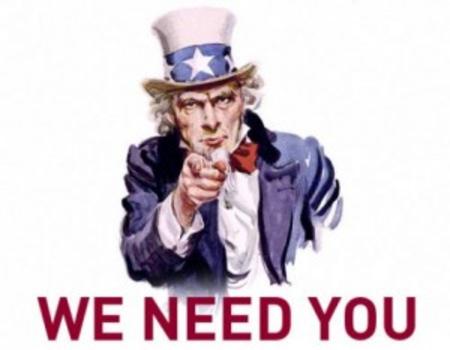