A Handyman Is Born 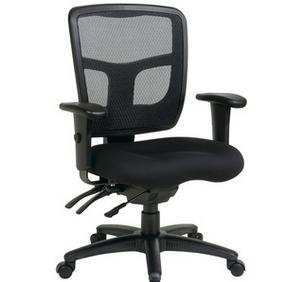 When I came to the USA, I quickly realized that I would have to learn how to cook, how to drive, how to wash my clothes, how to make my bed, how to clean my apartment and a host of other chores. This is a learning process that every incoming immigrant has to go through. However, these are very helpful lessons and not really that difficult to learn. It was a satisfying feeling to become independent in my domestic life and not having to be at the mercy of servants, drivers, etc. who could cripple my daily routines by calling in sick or quitting or demanding unreasonable compensation.

As my life here continued and after we bought our first townhome, I found out that I had to expand my skill set even more by learning how to fix or repair many household items: weather-stripping a window, painting a wall, installing drapes, replacing a fuse, fixing a clogged-up drain and so on.  I certainly missed our apartment life when all that was needed was a call to the apartment manager. Of course, I could have called a professional handyman to take care of all these problems but it would have been too expensive, especially when I was struggling financially to establish a life in this country.

As a policy I stayed away from trying to fix anything which involved major mechanical assemblies and/or required sophisticated tools. For example, I never touched anything under the hood of my car or even replaced a flat tire. I had great respect for people with knowledge of tolerances in mechanical dimensions, necessary forces and torques for various adjustments, fluid flow etc. This was probably a result of my admiration for the subject of mechanical engineering.

When I graduated from high school in West Bengal, there were two popular academic paths to follow in college for the students who were at the top of their classes. For the ones dreaming to solve all the mysteries of the universe, a Physics Honors enrollment at Presidency College was the logical choice, while the ones more practically oriented preferred to pursue Mechanical Engineering at IIT-Kharagpur. As a result the mechanical engineers in India were typically more competent than their counterparts in any other branch of engineering, even electrical  or electronics engineering. This was of course, long before the emergence of transistors, integrated circuits and computers.

When I came to the USA I noticed that the situation was reversed here. The more talented students going to technical schools preferred electrical engineering with the goal of a career in high tech companies, while the mechanical engineering attracted students who would probably be satisfied with a career in some manufacturing industry!

The difference manifests itself in our daily life whenever we try to assemble or repair something. While electrical circuits and associated instructions are clearly spelled out in terms of what terminals and wires are to be connected together (usually using color code) and easy to follow, any kind of mechanical assembly or repair often turns out to be a nightmare. It seems that instruction manuals are poorly written with inadequate and/or confusing diagrams. In addition, the assembly process relies heavily on qualitative guidance and often refers to tools and terms that only a mechanic would know.

A recent experience I went through just to replace a broken caster brought this point home. I had bought a nice wooden chair as a perfectly matching companion to my desk from a local furniture store. The chair rested on five casters and was very easy to roll on the floor. I did not expect a caster to crack and break only six months or so after I purchased the chair.

With an inherent aversion to any kind of handyman's job, my first effort was to see if the furniture store would exchange the chair for a new one. "Did you buy a protective extended insurance coverage when you purchased the chair?" the lady at the store's customer service asked me. "No, I did not" I said. The lady apologized and said that their regular warranty ran only for three months and my chair was not covered. I always thought that these extended warranties were just scams to get more money out of the customers.

So, when I came home, I turned the chair upside down to take a look. It was obvious that the caster wheels had two parts: a cylindrical roller and a stem. The roller, made of some hard plastic-like material, was broken and the stem was still firmly attached to a hole in one of the legs of the chair.  All I would have to do is to replace the old caster wheel with a new one and I felt confident that it was within the realm of my expertise.

The roller itself came off easily from the stem but the stem appeared to be deeply embedded in the hole. I tried to simply pull it off, first just using my fingers and then using a wrench. No luck. The fitting was very tight. I decided to use my knowledge of Physics and put some ice cubes around the stem. The thought was that the diameter of the metallic stem would shrink just a minute amount on cooling, which would be enough for me to pull it out. That effort failed as well. All the while I was blaming the design engineer who could have made the stem in the form of a long screw removable with a screw-driver.

I tried doing Google search on "how to replace a caster wheel". I was amazed to see the rather huge number of responses – many including videos. I patiently went through several of them until I finally hit upon a video that seemed to be ideal for me because it had a step by step hands-on instruction. I learned the tricks. I had to tap the stem at the right place with a mallet (not a hammer mind you) and "jiggle" it a little bit. I did not succeed at first but repeatedly followed the instructions in the video. Bingo; finally the stem became loose enough that I could pull it out. "I did it" I screamed to myself and felt like running around the house shouting "Eureka".

I ordered a bag of six casters at a price of $19.95 from Amazon.com. Of course, I could have gone to a local hardware store and bought just one caster for something like $5.95 but Amazon website had the advantage that the dimensions were clearly spelled out and matched my measurement. I also thought that it would be wise to have a bag of casters handy since I had another swivel chair.

The bag arrived within a couple of days, thanks to my “Prime” membership and I immediately went to work with one of the casters. Sadly, it did not fit. I tried to push as hard as I could and even tapped it with a hammer. I was afraid to really bang it hard because it might break the leg of the chair. I tried three other casters from the bag. Same result. I was completely frustrated.

Then one day while I was shopping at a local hardware store I came across a package of two caster wheels priced at $8.95. The intriguing aspect of this package was that the two stems were apparently of different diameters but there was no information about their dimensions – something so typical of packages of many small mechanical parts. I thought it was worth taking a chance with the hope that one of them would work and I could always return it if none of them worked.

It turned out that the thicker stem was of the same size as the stems I got from Amazon and just would not go into the hole like the others. The skinnier one was too small in diameter and was loose. Suddenly my creative brain kicked in. I took the skinnier stem and simply put layers of tape around it until it fit very snugly in the hole of the chair's leg. My problem was solved!

I decided to return the bag of casters I bought from Amazon even though I had opened the bag and tried a couple of them. Amazon is great when it comes to accepting returned merchandise and usually with no question asked. I did not feel guilty considering the hassle I went through. It was an appropriate punishment for selling goods without consideration for customers like me. Besides Jeff Bezos is a multi-billionaire and would not be financially hurt by this deceit in any way.

The bottom line was that I replaced the broken caster wheel of my chair myself, perhaps not perfectly but certainly no one could tell the difference; and it only cost me a few dollars. I was very happy and proud of my innovative thinking.

One day I was enthusiastically telling this story to an American friend of mine with the usual editorial about inferior mechanical designs of American products. He patiently listened to the whole story and then commented somewhat nonchalantly "You could have enlarged the hole a tad using a drill". Of course, I thought, but I did not tell him that I did not own a drill.

I did decide to buy a drill after this experience. Perhaps a handyman was born that day! 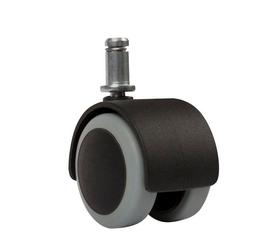