The Janitor and Me 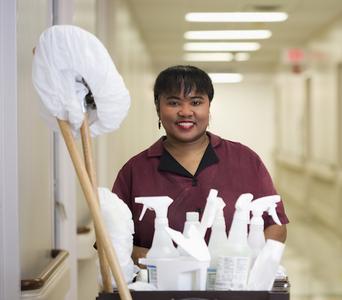 It was a long and bitterly cold day. With temperatures in the teens, my ten-minute walk from the Ronald McDonald House to Sloan Kettering that afternoon felt ten times longer, the deep freeze permeating every bone in my body. Lower than normal temperatures with strong wind gusts was the weatherman’s prediction for the day. “What else could you expect on Friday the 13th”, I muttered to Rushil, Riju’s childhood friend, who had joined us for the week - part of an extensive support network keeping us afloat.

We had been in the City for four days by then. We had arrived before daybreak on January 9th. Riju and me in the backseat with me holding my son’s frail hand, Ujjal at the wheel and his brother Joy beside him in the passenger seat.  Life had taken us on a wild and unimaginably rocky roller coaster ride by then, but that is a story for another time. For now, let me tell you about that Friday afternoon.

We arrived at the hospital and took the elevator to the now familiar pediatric ICU on the 9th floor where my seventeen-year-old son was recovering from his life saving surgery four days ago. Ujjal and Joy were already there. My brother-in-law was returning to India that evening and Ujjal would be dropping him off at JFK airport soon. Rushil would be keeping vigil at Riju’s bedside along with me.

We said our goodbyes to Joy, speaking in the hushed tones which we were now accustomed to using. Riju was sleeping restlessly. He had told me the previous day that he wanted to be awakened when Kaku left for the airport. “I want to say goodbye”, he said. “No!”- I had thought to myself instantly. No Goodbyes! I hated the word! It made my blood turn icy cold, convincing me that my son was uttering the word for the last time. So, as Joy was leaving, I did not wake Riju up. Instead, after they had left, I prayed with every fiber in my being that the next time Riju met his beloved Kaku it would be under happier circumstances, that there would be a next time… that no matter what the circumstances, there would be a next time.

Rushil and I sat reading and talking quietly while Riju stirred, his restless pain-racked body unable to fall into deep sleep despite the intravenous painkillers coursing through him. In a while, as the sun disappeared and the last light of the day gradually faded, the nurse came in to do her routine checks. Riju woke up and, upon seeing me, asked, “Where is Kaku, Ma?” “He left Babu”, I said. “He has a flight to catch, remember?”. “Yes, yes I know”, Riju said. “But he left without saying goodbye?” “Well, you were sleeping so I decided not to wake you up Babu…you will see him again when we visit India or when he visits us…” I trailed off noticing Riju’s eyes well up. “No” he said emphatically. “What if I can never see him again, Ma? How could you? You never do anything that I tell you to! It’s all your fault Ma! I’ll never forgive you!”. “Hush Aniket”, said the nurse soothingly, as she saw him getting agitated. “It’s OK. Are you in pain?”

For a split second, I thought the question was directed at me.  “Are you in pain?” A question as simple and yet as deep as one could ever be. Suddenly I felt like I could not breathe. I motioned to Rushil, gesturing that I was going to the waiting area. He walked out of the room with me, sensing my mood, telling me to take my time. “Riju will be fine, Mashi”, he said. “Go get yourself a cup of tea.”

I went into the family waiting area of the pediatric in-patient unit and sat on one of the bright blue chairs. The area was bright and cheery, well-lit with glass block walls and bright play areas. It was deserted now, well past the visiting hours filled with the bustle of families. Seeing that I was alone, I sagged back into the chair and let the long pent up tears flow.

I don’t know how long I sat there, crying, not seeming to be able to cauterize the wound that was bleeding through the tears. My life had been a series of mistakes. Of promises that I had not kept and duties that I had left unfulfilled. Riju’s cancer was a manifestation of all my failings.

Suddenly, I became aware that there was someone standing in front of me. A tall and bulky elderly woman holding a mop stood in front of me. Even after all these years, I can distinctly recall the aura of calm that she exuded.

“What’s the matter, sweetheart? “, she said gently. I have been cleaning this area for a while now and have been noticing you crying. Anything wrong? Well, it’s Sloan, so of course I know…” She smiled gently as she left the sentence unfinished.

“Everything is wrong”, I sobbed. “There is nothing that I can do right. This is all because of me…it is all my fault.”

She put the mop down on the floor, knelt beside me and said something that I will never forget. “I forgive you”, she said.  I looked at her, completely surprised but instantly calmed. The janitor’s words, spoken quietly but with such conviction stopped the flow of tears. “I do”, she said, with a smile. “He does too”. “You mean my son?”, I asked incredulously. How did she know that Riju was upset or about anything else for that matter? She gave me a broad smile. “I meant God! He forgives you and I do too. You must forgive yourself too.”

“But… you don’t know”, I said, … and with that, without asking her if she had time to listen to my story, I began to talk. I have no idea how long I spoke. I told her everything. I opened up the deep dark corners of my heart allowing her to listen and perhaps judge. She just listened quietly while I spoke, laying open my heart and soul, allowing her to sweep and mop them and make me whole again.

(Reprinted with permission from the editor of Ananda Sangbad)

"Thank you for the link.. While I will be reading the other pieces as well, I just wanted to take a moment to congratulate Ranjana on sharing her wonderfully written anecdote. Well done!!!"

​"Ranjana's story shook me to the core. I noticed this is a narrative from the past Is her son okay? I don't have the courage to ask her, so thought I'd ask you."

"Read three writeups, all are very good. I liked very much Ranjana Sanyal's touching encounter with a hospital janitorial staff. She structured the whole story very nicely. She does have a good writing skill. I also liked Abhay Kangle's episode on credit card and how he suffered for his own initial ignorance and at the end how he smartly overcame the hurdle. Nicely put together. 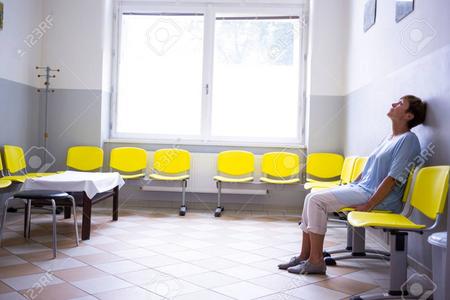