I cannot say that I kissed my Bengali culture and tradition good-bye when I came to the USA because I did not even know how to kiss at the time.

I am sure that my mother and other relatives used to kiss me when I was a baby or a little boy, but I do not remember that experience.  My earliest memory of being kissed was by a Kashmiri woman – wife of a colleague of my father – when I was about ten years old.  She was a very affectionate “touchy-feely” woman and kissed all the little kids in her social circle.

I must say that I did not like her kissing me, mainly because the kisses were very wet ones on my cheek, and I had to wipe all the saliva left behind.  There was no joy or pleasure of any kind for me in those encounters.

I never saw my parents or any other couple that I knew kissing in front of me.  Bengali movies in those days did not show any romantic kiss.  I did not read any graphic account of kissing in any Tagore novel nor listened to any Bengali song which referred to kissing! Even the Bollywood movies were very careful – in order to get a clean bill from the censorship board no doubt – in how they filmed any kissing scene.  Typically, the lips of the embracing couple would be strategically covered up by a feather or a flower or a tree-branch.  Later on, during my college days, when I started to watch Hollywood movies, I first saw a man and a woman kissing!  Even in those (censored) scenes, kissing was a very brief touching of the lips, not a passionate expression of love or lust.

It was only after coming to the USA that I was finally exposed to the ritual of kissing but I was just a passive observer.  There were plenty of kissing going on among amorous students on campus, on TV screens and in movies.  For some reason I developed a belief that kissing is not just the touching of lips but there were also elements of tasting.  I learned that “French kissing” means kissing with mouths open and there is a touching of tongues involved.  Although a friendly kiss on the cheek is accepted in western societies as almost as innocent a gesture as a handshake, I never felt any urge to engage in such friendly greetings with any woman.

When my class-mates came to the Dum Dum airport to see me off prior to my maiden voyage to the USA, one of them gave me the advice that I should carry a small foot-stool with me everywhere once I arrived in this country because my short height would prevent me to bring my lips to the same level as the lips of American girls.  Although it was meant as a joke, there was some validity to it.  Height compatibility certainly makes kissing easier.

I got married at age twenty-three and I was a virgin.  My first-ever kissing experience took place on our wedding night.  I must had sucked on my wife’s soft cheek a little bit, but it was hard enough to generate a “hickey”.  The mark did not escape the probing eyes of all the women next morning and my wife had to endure some very embarrassing teasing.

We, of course, kissed hundreds of times during our married life, but surprisingly nothing left a lasting impression.  We did not talk about it nor complimented each other about whether we were “good kissers”.  Also, in almost all those occasions, I was the one initiating the kiss. It was also not possible to assess the quality of our kissing because there was nothing else to compare with.  We both assumed that kissing was just a natural instinctive act arising out of affection and attraction.  It was not a topic for analysis and discussions.  A wife should be happy if the husband simply makes an effort to kiss.

My real tests in the kissing game came after I got divorced and started to date.  My deficiency in the art of kissing became apparent early on.  I remember a woman I went out with a couple of times shortly after my divorce.  I always kissed her when I picked her up and when I left her after any date.  It was probably during our third meeting when she asked me, “Why do you always kiss on my lower lip?”  I did not even realize that I was doing that, but her comment made me aware that I probably felt that her lower lip was an easier target for the “attack” by my lips simply because they were lower, and I did not have to bend my neck or turn my face in any way.

Not too long after that a different woman commented after I placed what I thought to be a very passionate kiss on her lips, “You almost bit my lips off!”

All of these experiences convinced me that I was expecting kissing to be similar to a food experience involving sucking, licking, biting and chewing.  It was almost like nibbling on an appetizer before the main course.  The fact is that women’s lips and faces are, generally speaking, very smooth and soft; coupled with the sweet aroma coming from their perfume, the experience of kissing only enhances this appetite.  I do not know if, later on in my life, this unfulfilled hunger for sultry lips made salmon sashimi one of my most favorite foods.

I also gradually learned the art of kissing other parts of a woman’s body - eyelids, ear-lobes, back of the neck not to mention her cleavage area to get her in the mood.  Kissing the finger or toe of one’s spouse is another way of showing passion.

I have realized that kissing is a critical part, not only during dating rituals but also during subsequent married life if we want to keep the fire going so to speak.  There is nothing better than an unexpected spontaneous kiss from your mate which says, “I love you”. During the dating phase, how one kisses one’s date the first time might determine the entire future of the relationship!

My key lesson is that I must kiss very gently.  I have to place my lips on the lips of my partner -- my upper lip in contact with her upper lip and my lower lip with her lower.  There is no need to pucker my lips. However, I have to adjust my “lip grip” depending on whether her lips are thick and sultry or very thin and somewhat fragile looking. Then I have to see how she reacts.  If she seems to enjoy it then I should remove my lips and kiss her again.  If I feel a sense of passion from her, I can lick her lips with my tongue and she might reciprocate by slightly opening her mouth and touching my tongue with hers. There is no hard and fast rule about how long the lips of a romantic pair should remain in contact.

Of course, just because I am ready to kiss a woman does not always mean that she is ready to be a recipient of that kiss. The woman may simply turn her head so that my lips would miss her lips.  If that is the case, I should simply end the effort by a light peck on the cheek and should not necessarily see it as a sign of rejection of my romantic advances. One woman once told me that she did not like to kiss a man on the lips too soon because it made her emotionally very attached to him.

Although I had my awakening to the American style kissing idea after my divorce, I strongly recommend that Indian couples who have been married for many years pay attention to this kissing ritual and practice it not just behind the closed bedroom doors but also openly in public and in front of their children.  I have two reasons for suggesting this.  First of all, since we have been Americanized in many of our social behavior, why not take one step further in adopting the “American way” in our more intimate activities and see if it gives us some extra joy or excitement?  Secondly, our children and grandchildren who have been born and are growing up in the modern permissive American culture would be less confused/conflicted/ inhibited in expressing their own romantic feelings if they feel comfortable by watching a display of affection between their parents/grandparents.

In conclusion, kissing is not sucking her lips or cheek.  It is a gentle touching of lips. It is intended to generate emotions and passion and not to offer any physical pleasure by itself.  It is also an expression of love that should be practiced and displayed openly.

Note: Readers interested in commenting on this article should email their remarks to debsmee572@gmail.com or amitabhanj@gmail.com
​​

AWAKENING TO THE AMERICAN KISSING RITUAL 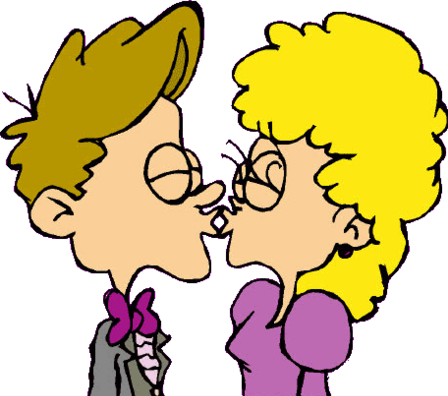 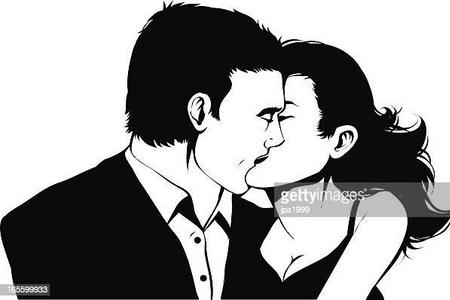