I still vividly remember the day I left Calcutta to come to the U.S. as a graduate student. It was in August 1967. My mother, father, brother and mycousin, Tikuda, came to the DumDum airport to see me off. Those days there was no security screening of any kind.  In fact, I distinctly remember that the BOAC plane was standing on the tarmac and my family was standing just a few yards away behind a  chain link fence. I waved goodbye to my family as I climbed the stairs to the airplane and watched my mother resting her head over my brother’s shoulder and weeping. I was myself choking in tears. I was not only sad to leave my family members whom I so dearly loved, but I was also very scared, not knowing what to expect at the other end. This was also my first ride on an airplane.

I was relieved to find that Mukul Majumdar, my classmate from Presidency College, came to the San Francisco airport to receive me and take me to his apartment where I became his roommate for a year. I have very fond memories of my time at Berkeley, California, as a graduate student. I never felt lonely because  there were a number of my classmates from Presidency College and other Bengali students from IIT and Bengal Engineering College arriving at Berkeley  at the same time. We were very close and had a good time together.

One of the hot topics of discussion at our “adda” at Berkeley used to be whether we would stay in the United States after our PhD or  return home to India. There were strong arguments both in favor of staying as well as in favor of returning to India. I consistently took the side of staying in the U.S. after earning PhD, at least for a few years to save up some money. The term we used those days justifying the reason for not returning to India was the attraction of “Sabuj Taka” (or “Green Currency”.)

However, that was just  talk. Actually, it turned out exactly the opposite. Partha Roy and I were the only ones among about a dozen of my friends who decided to return to India immediately after completion of their PhDs. In fact, I was the first one to return to India. I do not have a good explanation  as to why I made that decision. I  thought a lot about this later on, and the only good reasons I could come up with are that I was “immature” and I had lived a rather protected life in my childhood. Looking back, I realize that in fact I had no idea at that time of the consequences of what I was doing. I had an offer to teach at IIT-Kanpur for a monthly salary of Rupees 720.  My father was a schoolteacher in Chandernagore, and his salary was probably around Rupees 300 per month. I figured that I was doing at least  two times better than my father. So, I should be OK. I left Berkeley  on a United Airlines flight from San Francisco to New York the day after I submitted by thesis.  All my friends came to the airport to see me off.

It did not take too long for my “India honeymoon” to end. In fact, it was like waking up from a dream!  Immediately, after arriving at Kanpur in June 1972, I faced the politics at IIT-Kanpur and the harsh realities of life in India. My research interest was mostly experimental in nature, and I needed a graduate student or two to work with me. The number of new graduate students enlisting for PhD at Kanpur those days was very small, and the senior professors in the department grabbed them all. I soon realized that I was wasting my time there. My office mate was Kamalesh Sirkar, who now lives in New Jersey. Kamaleshda was the only person who was sympathetic to my woes. We chatted long hours and I vented my frustrations to him. Obviously, I did not last very long at Kanpur. I left Kanpur after one semester and moved to New Delhi to work for Engineers India Ltd. I got married in December 1972 and eventually in 1973 I joined Hindustan Lever Ltd. as a Research Scientist and moved to Bombay. We lived in Bombay for eight years before moving to Calcutta in 1981.

Hindustan Lever, in 1973, was the largest private company in India, and it was reputed for its management. It was supposed to be one of the best-managed companies in India. However, it may surprise many to know that I did not really enjoy working at Hindustan Lever, mainly due to the authoritarian style of Indian management. To me, it was much easier  to get adjusted to the day-to-day grinding life style in India than to this thoroughly top-down dictatorial style of management where one did not have much opportunity for creativity or even free expression. Most senior managers and bosses at Hindustan Lever did not hesitate a bit to openly insult people who reported to them or held lower positions in the company. It was a culture of management by fear and insult. I have some dreadful memories of my days at Hindustan Lever.   Employees could not  openly express  their opinions  for fear of retribution. Senior managers would not hesitate to stand around and pay their unabashed tribute to the R&D Director or the General Factory Manager just in the hope of receiving some favors some day. It reminded me of the so-called “mosahebs” that we have seen in Bengali movies like “Stree”  who would sit around the Babu or the zamindar. It was out of character for me, and I felt like a fish out of water. I was very unhappy. I will provide one example of the working environment at Hindustan Lever.  Once, my father became ill in Calcutta. I was very concerned, and during my travel to work in a car pool with some of R&D colleagues, I just lamented to my colleagues that it would have been nice if I were living in Calcutta. That would enable me to take better care of my father, I told my colleagues. The next day, the Director of R&D summoned me to his office to warn me that such loose talk was not appreciated. I could not believe my ears that something, which I had said casually outside the workplace, would be reported to Senior Management and that Senior Management would even take it seriously. I have many such examples. Someday, perhaps I should just write these up as a separate article.

In India, this was one of the best jobs that one  could have in those days. It paid well, and in the seventies there were not many opportunities in India like  we have today. I hated the style of management, but did not have much of a choice. The opportunities that I explored outside of Hindustan Lever perhaps paid more money, but did not promise any better style of management. I reminisced about the frank and open environment at Berkeley. I kept telling myself that I did not work so hard and go to Berkeley to get a PhD just to be treated like a servant or to pay unnecessary and undeserved  tributes to these egocentric people. I hung in there and kept on  looking for an opportunity to get back to the U.S. again. At my insistence, my sister-in-law and brother-in-law, Dr. and Mrs. Gautam Ray, sponsored us for Green Cards sometime in the late seventies. We received a letter inviting us to come to the U.S. Consulate Office in Calcutta to collect our visas in late 1982.

We were well settled in Calcutta by then. We were now living in New Alipore, Calcutta, in a very nice company flat. Our daughter Priyanka (Pompy) was six years old and she was studying in a good school in Calcutta. Our parents still lived in Chandernagore, but they spent most of their time with us. Pompy was the apple of my  mother’s eyes ( “nayaner mani”). They were inseparable. Our in-laws lived in Calcutta and we visited them regularly. They visited us frequently too. Our families and relatives would get together often and we had a real good time with our friends and families in Calcutta. The Durga Puja at New Alipore was awesome! In fact, in the beginning, even my wife, Mitu, was very much against leaving Calcutta. She was very attached to her family.

It was very tough for me to make the decision to migrate back to the U.S. at that point. It appeared to me that the whole world was against me. I was feeling very lonely. No one was on my side. In fact, my father asked me point blank, “What is it that you do not have here? What are you looking for in the U.S. that you do not have here?” How could I explain to people what I was missing and what I was longing for? No one seemed to understand me. I started asking myself whether I was being selfish to leave my family like this to chase an undefined and unknown dream. On top of that, I did not even have a job in the U.S. I was going to look for a job once I got there. I was essentially planning to migrate to the U.S. with my wife and daughter with hardly $2000 in my pocket. Was it too risky? Was I making another immature decision? I started vacillating. I decided that I needed more time to make up my mind and wanted to postpone the decision to migrate to the U.S. by at least six months.

I do not remember the exact date when I went to the U.S. Consulate office in Calcutta on Ho Chi Min Sarani (formerly Harrington Street). I remember walking up to a counter and asking an elderly gentleman with gray hair, perhaps from Goa, whether I could delay the visa by six months. The gentleman looked up  and said, “Son, do you realize what you are about to do? You are rejecting something for which millions of people around the world are hankering. People will do anything, pay any price, to be able to obtain a Green Card to emigrate to the U.S. You are not acting wisely. Please reconsider your decision.” The rest is history.

Readers interested in commenting on this article should email their remarks to debsmee572@gmail.com or
amitabhanj@gmail.com 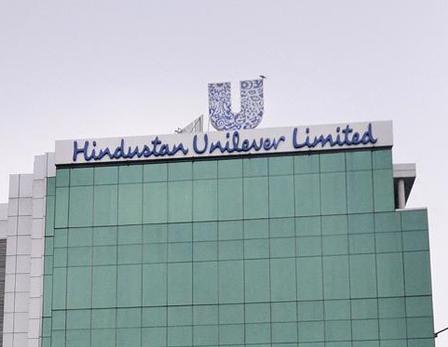