After a long trip, I was finally in the US, with my wife, 20-year-old daughter and 18-year-old son. We were about to enter a new phase in our lives.​

I was 53 years old. After serving in the Indian Air Force for many years as a pilot of transport aircraft, I had retired three years earlier. I was enjoying my civilian life in Kolkata when the invitation came from my relatives in America to move to the land of opportunities. They had enthusiastically sponsored me and my family for “Green Cards.”

I had arrived with mixed feelings. My wife and children were cheerful and hopeful, excited about new experiences in a new country. I was excited too but somewhat apprehensive. I had no jobs in hand and did not know if my skills and training were going to be valued in the American job market. Had I done the right thing? Was moving to America at my age with the responsibilities of a head of household a big mistake?

After finishing high school, I joined an engineering polytechnic but frankly speaking, I was not terribly interested in studies. What I liked more was the NCC (National Cadet Corps) program. And the part that impressed me most was the respect our commanding officer received from the sergeant and the cadets every time he came to inspect our parades. He would come down a dramatic set of stairs to the ground level, all dressed in his officer's uniform, with polished boots and belt buckles. The sergeant would yell “Saabdhaan!” and we would stand in attention to follow his orders. I saw the commanding officer step out of military airplanes (helicopters?) a couple of times, and I was awed by him, his power over people and his lifestyle. I started dreaming of a career in the military.

My uncle was a military officer, and he encouraged me to try to get into the Indian Air Force (IAF). After successfully completing several rounds of qualifying tests, I was accepted by the IAF selection board. I joined as a pilot trainee in 1963 and went through two years of training before becoming a commissioned officer (“Flying Officer”). The training program took me to IAF schools in different parts of the country (Allahabad, Jodhpur, etc). My first stop was at the school for “ground training”, and that was the most physically demanding part of the program. The subsequent stops exposed me to different knowledge and skill requirements (navigation systems, instrument-based flying, night-flying, aerobatics, etc.). The workhorse for the pilot training was HT-2 (Hindusthan Trainer 2), a small aircraft manufactured by Hindustan Aeronautical Laboratory (HAL) in Bangalore. After successfully completing all training, especially the solo flight tests, I was inducted into the IAF officer corps in the Transport Division. That was in 1966.

As a pilot of in the IAF Transport Division, I was involved in many kinds of operations, the most memorable being the air-drops of food and supplies – under adverse weather conditions -- to soldiers guarding our frontiers in mountainous terrains in NEFA and Nagaland regions. The terrains were hilly and treacherous, and there were no roads, so air-dropping was the only viable option. On many occasions I had to maneuver a good old DC-3, the twin engine workhorse of an aircraft in those days, though hazardous monsoon clouds on top of snow-clad mountains to complete my mission. These were daunting tasks because sometimes an engine would fail, and I had to shut that engine, negotiate bad weather, dump the load and complete emergency landing. When facing such emergencies  faces of my wife and two children  would flash across my eyes, and I would tell myself, "Hey, Kumar, you cannot die because who will take care of your children and  wife?"

I must admit that many of my days as a pilot in the Indian Air Force were stressful. I was getting tired of flying, so when I reached the mandatory retirement age of 50, I was somewhat relieved to enter the less stressful civilian life. My family and I settled down in my Kolkata apartment and began to take it easy. I was too young to retire completely, so I looked for a job to keep me busy and earn some money. I found that there were no jobs as a pilot, so I looked for other opportunities where my military training would be valued. I was fortunate to appear at an interview where the interviewing manager was an ex-military officer, and he decided to recommend me for a job that carried greater responsibility than what I was applying for. He respected the “military values” of discipline, integrity, loyalty and diligence. So, I found myself supervising three hotels/restaurants. I was happy at my job in the civilian sector when the invitation came from my relatives to emigrate to the US with my family.


Life in the US

My elder brother escorted me and my family to the apartment of my younger brother in Troy, NY, where he was a PhD student at RPI. He welcomed us with open arms. He was living in a one bedroom apartment, and with respect and love, he gave the bedroom to me and my family and moved to the living room. We were happy to be with him and in the welcoming environment.

I was under no illusion that I would find a job to match my skills and experience, so I decided to be practical and find any decent work that was readily available. Fortunately a new supermarket was opening nearby, and my son and I found employment there. These were not glamorous jobs but we could not afford to be choosy. We quickly realized that the jobs were physically demanding, and we felt exhausted after a long day's work. The situation became worse when the winter arrived. We had to walk to and from work no matter how cold or snowy the weather was.

We continued to work and soon saved enough money to be able to move to a one-room apartment of our own. But it was a small, dark place that received little sunlight, and soon we began to develop a sense of claustrophobia and hopelessness. I started wondering about our future. How were we going to climb out of the situation we were in? Combined with the physical tiredness, my wife and I started drifting towards a state of chronic depression. And we began to talk openly about leaving America and going back to Kolkata where we were happily settled before. My brothers and sisters were also alarmed by our struggles. They agreed to help us with the airfare if we decided to return to India.

Fortunately, one of my relatives understood our misery and offered me a position in his company. I left Troy, NY, and moved to Bethlehem, PA. I became a lab assistant to the R&D director in a chemicals company who was developing new plastic formulations. My job was to follow his instructions and prepare small batches of plastic formulations, run them through various machines, conduct batteries of tests and record the results. I had to write reports summarizing the results. The job was challenging because I had  to be alert and careful about every detail but the pay was very good and I had a nice office. Overall this was a highly satisfying development in my life in America.

Thanks to this good turn in my life, I could afford to move to a two-bedroom apartment and settle down. Soon my son enrolled in the local community college where he did well. After two years in the community college, he transferred to Lehigh University (Bethlehem, PA) to major in Chemical Engineering. He graduated from Lehigh in 2002 and found a good job as an engineer in a well-known industrial company nearby. Soon we could afford to buy a place of our own, and I finally felt that my coming to the US was a success.

After my son became the principal wage earner in the family, I left my job in the research lab and decided to take part-time jobs. In hindsight, that was not a good move. The years 2002 to 2006 found me struggling again. I tried and changed jobs several times. I took on the job of a fork lift operator and found that job needed skills that I did not have. I joined the US Postal Service but found that maneuvering big delivery trucks to be quite challenging. The retail sector was more to my liking, and I found several jobs in stores, especially during the Christmas seasons.

Finally, in 2006, I found myself as a salesperson in the Men's department of Macy's. At last I had found my calling! Very quickly I found out that I had the unusual ability to look at a gentleman and quickly figure out the size of clothing that would fit him right. That ability plus my helpful and patient approach to all customers got me noticed by the management as good customer comments poured in. In time I became the second best salesperson in the Men's department and enjoyed a high level of job satisfaction. In 2013, I decided to retire from this full-time job, partly because I wasn't terribly happy with a new supervisor and partly because I reached the age of 70. Since my retirement from Macy's, I have continued to work in the retail sector on a part time basis to keep myself busy and to earn some extra money.

In my free time, I read and write. I love to write, especially short stories in Bengali. Like most people of my age, I have some health issues, so I try to exercise regularly. I believe in the benefits of breathing exercises and yoga. After years of hard work in this country, I have become financially self-reliant. I have a small circle of friends and I enjoy socializing with them. All in all, I have settled down into a routine and rhythm that I find stress-free and comfortable.

On my first day of arrival in the US, I had mixed feelings about coming to this country. Do I still  have mixed feelings about that decision? I do not have a firm yes or no answer. New experiences and new perspectives have enriched my life. My son received a good education and is happy with his career and family. I enjoy certain comforts here that I might not have if I had lived in Kolkata. But I do miss my life in India and everything that I was so familiar with there. But life is like that. It is always happiness mixed with sadness, ups mixed with downs, dreams mixed with realities.

Readers interested in commenting on this article should email their remarks to debsmee572@gmail.com or amitabhanj@mail.com.

Comments received from Baudev M. on June 2, 2016:"I am an ex IAF officer. Commissioned in 1962. I left India, for Australia, after premature retirement, in 1985. Perhaps I appreciate what anxieties and stresses you have gone through. The important thing is that now it has all worked out and, perhaps, created a better bond amongst the members of your family than you may find all around you in India as well as in the US. As to choosing the option you chose, I agree with you that one never knows "what might have been....otherwise" and therefore, needn't worry. So good luck and best wishes for the years to come. By the way, I used to know one Mrinal Kanti Som, a little senior to me, in the IAF. Also a resident of Kolkata. Not your uncle - what?"

Comments received from Pabitra S. on June 3, 2016:"All three pieces were extremely good reading in a very positive sense. I thank the writers, as I thank you (the editors) for these posts." 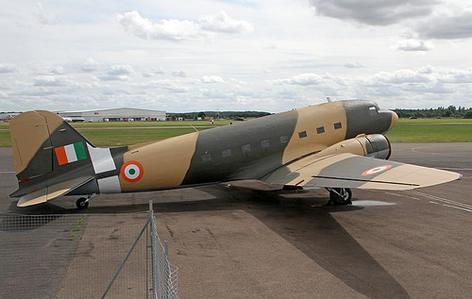