Before my flight to the US, I had never been even close to an aircraft, let alone fly in one. There was no airport in my hometown; the nearest one was a small facility in Bhubaneshwar, the capital city of our state, some 35 miles away. As a child growing up in Puri, I used to run out of our home and join other kids to look skywards every time the exotic sound of a propeller-driven airplane was heard. As a student in IIT- Kharagpur, I had watched with great excitement the aerial dogfights between Indian and Pakistani fighter jets during the 1965 war between the two countries. And now I was going to the US on a big “jet” aircraft!

I have a vivid memory of what I saw when I entered the cabin of the Boeing 707 aircraft, the workhorse of international air travel at that time. To my eyes, the cabin was a very plush version of a bus, with small windows and a quiet, dignified air about itself. All the passengers were well dressed (I was wearing a suit and a tie, also a first in my life), and the stewardesses looked glamorous in their beautiful saris. In those days there were no overhead bins for on-board luggage; instead there were open shelves on both sides of the cabin for “hat storage”. Decorative ropes prevented hats and other small hand luggage from falling out. Seating arrangement was three abreast in two rows, with a central aisle. I only saw one cabin, the one that was occupied by coach class passengers. To this date I don’t know if there was a first class cabin in that aircraft. There were probably about 100 passengers in my cabin.

At the time of check-in for the Air India flight, I had secured a window seat for myself.  While standing in the check-in line, I was introduced to a young woman, probably about thirty years old, by her father. The gentleman was sending her daughter to London to be re-united with her husband who was a permanent resident of the UK. She was also flying for the first time and was visibly nervous and sad. The father explained that his daughter’s wedding had taken place over two years ago during the young man’s summer visit to Calcutta and the young man had gone back to London a few days after the wedding. The gentleman asked me politely if I could look after his daughter during the long flight and help her if she needed any. Somehow from the tone of his voice and from his demeanor, I got a feeling that something was worrying the father deeply. After the young woman got herself checked in, we all sat on a bench in the pre-boarding lounge for a while. That’s when I learned that the son-in-law had gone unusually quiet after going back to London, and the father was worried about the health of his daughter’s marriage. I was surprised and somewhat saddened to hear that; the daughter was quite a pretty woman with a seemingly pleasant personality. In any case, I confidently assured the father that I would look after his daughter, all the while realizing that I myself had no experience in air travel. A blind leading a blind, I told myself.

Once we were all seated inside the airplane, I saw that the young woman had the window seat right ahead of me. That was a relief; I didn’t need to go far to check on her well-being during the long flight ahead.

We had to change planes in Bombay. I quickly learned the disembarkation–embarkation drill: take the hand luggage before deplaning, pick up “transit passenger” card on the way out, kill time in the transit lounge till boarding announcement, and then re-board the aircraft. I guided the young woman through the drill in Bombay as I learned the steps myself. She was very quiet but a quick learner and a good follower.

We had four more stopovers before the aircraft got to London: Beirut, Lebanon; Rome, Italy; Zurich, Switzerland; and Paris, France. I checked out the terminals whenever I was allowed to do so but the young woman stayed put throughout the long flight to London. I was most impressed with the Rome airport where, for the first time, I saw TV monitors instead of flight information boards.

After every takeoff, the stewardesses served a round of meal: a lunch, a dinner or a breakfast, depending on the time of the day for the passengers joining the flight at that stopover. For someone who had been used to very modest meals at home, these meals were spectacularly delicious. I couldn’t believe that I could eat three full meals within a twelve-hour period but I did.

As I had promised her father, I kept an eye on the young woman during the flight and tried to make small talk several times. It didn’t take me long to notice that she was either crying silently or writing letters and was not terribly keen to converse with me. After that, I kept a watchful eye on her but did not bother her with small talk.

It may be hard to believe now but in those days, airlines treated passengers as dignitaries. Not only was the service courteous and attentive but the amenities were excellent as well. For example, each passenger had a packet of beautiful stationery in the seat-pocket in front of him. The young woman was making good use of that amenity, I noticed.

At one point, cruising over broken clouds bathed in bright sunlight, I realized that ready or not, I was beginning a new chapter of my life. I was excited but deep inside me there was a bit of nervousness as well. Had I made the right move? How would I fare as a student in the US? What if I did poorly? Where would I find the passage money if I was forced to return home? It dawned on me that for the first time, I was truly on my own, and there was no one I could lean on for anything.

And I began missing my love, Sikha, whom I had left behind in my hometown. I was madly in love with her, and now I was going to be in a place far, far away from her for a long time. Before saying goodbye, I had made a solemn promise to her that I would return within a year or two, marry her, and take her with me back to the US. I had also promised to write to her every week, without fail, until I returned to marry her. As I remembered that parting scene, somehow my confidence and optimism came back, and I decided to write my first “weekly letter” – from 30,000 feet above! She still has that letter – and all the subsequent letters I wrote until I fulfilled my promise eighteen months later.

As I wrote that flowery love letter, I could not help but contrast my situation with that of the young woman, also writing a letter, in the seat in front of me. Here I was, heading for an unknown future in an unknown land far away, and there she was, only a few years older than me, also on a similar journey. But I was excited and hopeful while she seemed to be sad and fearful. Silently, I wished her well.

When we landed in London, I had to go towards the transit lounge and she had to head for the arrivals area. We said goodbye to each other and parted company. I never saw her again and have no idea how life treated her. But to this date, that warm sense of goodwill to her is still strong in my heart.

After a layover of several hours in London, I boarded a different aircraft for the final and longest leg of the journey. The flight was about half full, and several rows at the back were empty. I was beginning to feel tired, and after another nice meal, I decided to move to an empty row and stretch out. I was sound asleep when the plane began its descent towards the Kennedy airport. I woke up too late to take in the stunning aerial view of the New World.  It would be many years before I would see the glorious skyline of New York City from the air. 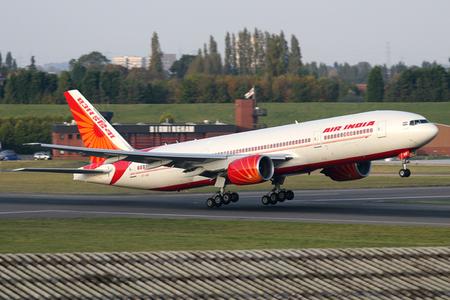