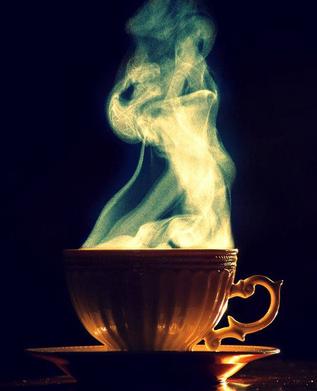 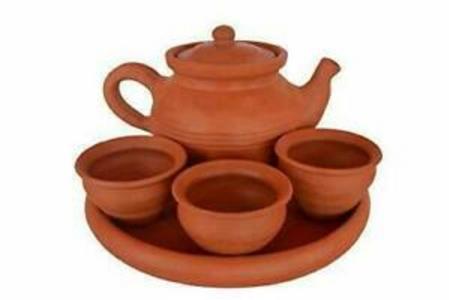 [Editor’s Note: The following is a real-life experience that is narrated in the third person]

“Hi there, Bee!” Jen, her smiley faced neighbor, flashed sunshine through the wire fence.  Safely distanced.  “Fancy, seeing you in your backyard middle of a work day?  Tired of working from home, at home, heh?” She gave an exaggerated sigh.  “Hate this pandemic!” she said emphatically, “Nothing is anything like before!  All my landscape helpers just left!” She shook her head at the drooping peonies at the end of their bloom in her once impeccable backyard and tried to start her lawn mower.

Brishti was sitting in their backyard with a teacup.  “Hi Jen!” she answered, “Just taking a break”.  She waved at her expressive and articulate neighbor as her lawn mower roared to life.  Really, friends, neighbors, media all were gushing on about how a pandemic had robbed people of their accustomed lifestyle.  ‘New normal’ was the in word.  But changing gears and fitting into new regulations were not exactly new to her, Brishti thought wryly.  Maybe not to fight an unknown virus but surely to stay healthy in mind and body.  Brishti had moved away from her birthplace in Bengal years ago, to get away from its socio-economic tumult and stifling family expectations.  She was a good student and earned a scholarship for graduate studies from an upstate New York university.  It had given her the opportunity to emigrate to America.  Along with her course work, she had to learn how to survive in a different country, in a different hemisphere, without all familiar family support.  As a first-generation immigrant, she simply had to let go many things she had been accustomed to, many more than she had been mentally prepared for.

Recently, she had given up her rather interesting I.T. travel job, to take full time care of her husband, suffering from a serious heart ailment.  It was a new situation that had destabilized her from the normal she had painstakingly created for herself and her nuclear family, over the last few decades here.  Before that, just after her marriage, when she was very much in love, her husband’s much coveted R and D job offer in a different city, far away in the Midwest, had made her give up her studies, and move with their baby son to a new milieu for settling in.   In a new town, with her husband working long hours, it had been an arduous emotional effort to keep her academic dreams on hold, to take care of growing babies, and  earn local community college degrees and then to join the grey collar work force as an IT professional, fortunately with flexible night and weekend hours.

As all this flashbacked through Brishti’s mind, she got up and started walking around, then checked her steps, as she noticed that the afternoon sun had suddenly dimmed.  Dark shades of grey smeared the blue skies.  Gusts of chilly, cold wind bent the tree tops noisily and scurried through the lawn grass, unsettling everything around.  When she looked up at this weather change, a few raindrops hit her forehead and one fell in her tea cup.  She rarely used this teacup.  It was a terracotta cup with a quaint curved bottom, hand-made by artisans of Visnupur, Bengal, famed for their skilled burnt earthenware handicrafts.  It was in a way, given to her by her Dad, her Baba.  Professionally, he had been a mechanical design engineer in the Indian Railways, but recognized as a poet and singer by his near and dear relatives and friends.  Her name too was given by him, Brishti, which means ‘rain’, a poet’s darling in the heat and dust of a tropical land.

But like other favorites, she had officially forsaken her name, Brishti.  In her first corporate job as an I.T. system’s manager in a multi-national retail company, she had been surprised to notice that her immediate boss, Kathy, had this strange way of never calling her by her name but by motioning her to approach with bent fingers.  Kathy was a real nice lady in other ways, very appreciative of Brishti’s talent for speedy data input and unravelling system’s glitches at work.  Brishti was invited to all Friday nightouts with the rest of the team after work, but this weird addressing of Brishti, fast becoming Kathy’s inappropriate habit, was impossible to ignore.  Didn’t she realize it was rude to finger call someone, when she managed to call everyone else by their names?  Finally, Brishti had gone to Kathy’s office, to make her boss aware how upset she was of this ‘gesture’, for to her it increasingly appeared as a discriminatory practice.  Maybe not intentional but still bothersome.  She suggested, that if her name ‘Brishti’ was an unfamiliar word to pronounce, Kathy could just call her Bee, like all her other colleagues did.

Kathy had replied sweetly, “I’m sorry, it’s such a hard name to say and I just don’t want to shorten it either and mess it up.”  She had laughed. “No big deal. I’ll just call you ‘Sweetie’!” she had patted Brishti’s hand from across the desk.  But the more Brishti tried to tell herself it was not a big deal, the more it became a big deal for her.  Eventually, she had resigned but not before she decided to take an affidavit and legally change her name to Betty.

That was five years ago, just before Baba had passed away in Bengal.  When she visited her parental home in India, her Mom, Ma, had asked her to look through Baba’s stuff, if she wanted to take any of it for herself.

Baba had been a tea connoisseur, but had never been able to convert Brishti to his favorite drink after she moved away from home.  She became ‘my American Java girl’, as he jokingly called her.  But Brishti had brought back with her Baba’s favorite tea set.  She remembered him using it at teatime, twice every day -- in the morning and afternoon.  As an only child herself, Baba had been her friend and confidante.  From literature to politics, movies to monsoon storms, studies to sports, cooking at home to trying the most delectable Bengali appetizers (jalojog) and English pastries at unusual street eateries, Baba and Brishti often enjoyed long talks and fun discovery jaunts.  Tea was a constant that they shared on these delightful occasions.  Golden tea, black tea, milk tea, cardamom tea, ginger tea, turmeric tea, myriad varieties, hot and infused with earthy smell of the small terracotta cups they were served in.  Baba would elaborate on pairing the perfect flavor tea with Indian and English savories and sweets, much like pairing wine with entrees.  The tea set reminded her, of the stability, wit and unique courage of someone, from a previous generation, so many years ago.  Someone who had never backed away from an unknown ‘new normal’ the minute his much-loved daughter left her home, to continue her studies in a far-away country halfway around the world.  Her Baba!

On her return, she kept the tea set in her own dining room glass case, but never used it.  She preferred drinking her coffee black and strong from a large insulated mug, so it would stay warm at least half the day.  During this lockdown and working from home, Brishti decided to thoroughly clean her kitchen and dining room.  Reorganizing the glass case one evening, she suddenly came upon Baba’s tea set, tucked away all the way back in the bottom shelf.  Why not try tea as her morning beverage, instead of coffee, she thought.

That’s why, Brishti was in her backyard today, enjoying tea, in Baba’s tea cup.  The sun peeked out again and the smell of freshly mown grass drifted in from across the fence.  She thought to herself: the latest way of moving away from current habits could just mean returning to long forsaken cherished ones.  It wouldn’t be giving up really, but getting back.  In fact, after the pandemic, she would also seriously look into registering her name back to Brishti, just like she was christened.  The thought gave her untold courage and hope.  Almost like returning to basics.  Strange maybe, and long ignored, but essential and meaningful now.  After all it takes a crisis to make us realize what truly matters.  Her new normal. ​