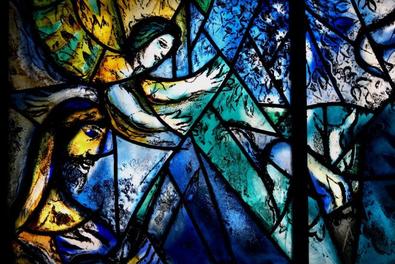 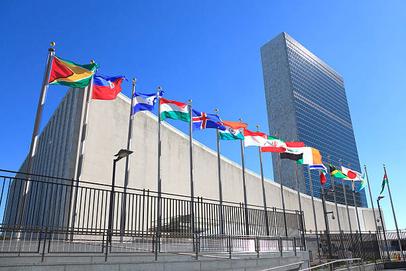 An earlier version version of this article was published in the October 2021 issue of Ananda Sangbad (published by Ananda Mandir, Somerset, NJ)

It was the very first time I was driving in the New York city.  A few months prior to that, we had moved to Boston from Pullman.  Even in the state of Washington, with its very sparse population, Pullman is almost a complete non-entity in the middle of rolling hills and wheat-fields; and oh, yes – the home of Washington State University where I completed my Ph.D.  I was born and had grown up in Kolkata, one of the largest metropolises in the world.  Therefore, living in Pullman was one of the greatest existential shocks I have ever had, and coming to Boston, a large city, was truly a relief for me. However, that was before I came to NYC.  What a joy that was.  Parts of the city were dingy, litter-strewn and teeming with people.  It reminded me of the beloved city of my childhood: dirty, dusty, and congested, but full of life.

We were three people in our party – myself, Swapna, my wife, and my mother who was visiting us from Kolkata.  We drove around the city to our heart’s content and filled our AMC Hornet station wagon with Indian groceries.  It was the mid-1980s and there was only a single Indian grocery store in the Boston area.  Therefore, it was customary for all Indians to come to NYC and load up with months’ worth of Indian groceries.  We also had a wonderful Indian lunch at a very decent cost. I just finished my student-life of living hand-to-mouth, and could ill-afford an expensive fare.  We were boundless in joy.

It was late afternoon and the time to hit the road to take on the nearly five-hour drive back to Boston.  We were on the East side and saw a sign for the UN Headquarters.  The UN Building!  I almost screamed in excitement.  It houses the famous stained-glass mural entitled ‘The kiss of peace’ by Marc Chagal, one of my favorite modern artists.  I am a bit of the artsy type; therefore this mural was a must see for me.

We managed to drive to the building, but where to park?  It was late Sunday afternoon, but there was not a single spot in sight to park our car.  I considered parking in a garage, but the prohibitive cost posted outside made me cringe inside.  I drove around the block, but was unsuccessful. I was about to leave disappointed when I discovered an empty slot a little farther up on a street across the UN building.  However, a ‘No Parking Anytime’ sign was posted on a pole.

I contemplated - it was not a residential area, therefore, why would a cop patrol this area this late on a Sunday, and ticket my car?  Armed with this reasoning I parked my car there, and we happily marched towards the United Nations Building.

The building was closed, but the magnificent stained-glass window by Chagal stood in front of the chapel for everyone to see. It was a feast for our eyes.

Soon afterward, we walked back to the street where we had parked our car, but, ‘where is our car?’  The parking spot sat empty with the red and white ‘No Parking’ sign glistening in the setting sunlight.  My heart dropped in horror.  We were some two hundred miles away from home in an unknown city with little money in our pocket.

We had heard so much about how common car-theft was in NYC.  Therefore, our first notion was that our car has been stolen.  Soon we noticed a person who was staring at us from a store-front nearby.  I asked him whether he had seen a cream-colored station wagon in that ‘No Parking’ spot.  He nodded.

- Yes, yes, that is our car.  Somebody must have stolen it.
- I don’t think so.  It was towed by the police some fifteen minutes ago.

It was a bit of a relief for us; at least it was not stolen.  However, how to know where it has been towed to?  Again, the stranger came to our rescue.

- Just call the police, and they will tell you which garage it has been towed to.

We thanked him profusely and asked him about a telephone-booth.  There was one nearby.

It was pre-cell phone era.  I dialed 911 and, after some talking-around got connected to the NY Traffic Police Department.  The person on the other side was very friendly.  After getting the details of our car he quickly located it in the towing garage on the West side of the city.

My heart leapt in joy. I would have to pay for the ticket and towing, but it was not stolen and, above all, we would be able to go home.  However, my jubilation soon evaporated.

I knew very little about the city’s public transportation to get there; therefore I decided on getting a cab.  However, each time a cabbie would stop, roll down the window and ask where we wanted to go, he would nod in the negative and drive away.  We were panic-stricken and did not know what to do.

Finally, a black taxi driver rolled down the window and asked where we wanted to go.  Upon hearing about our destination, he took a deep look at us and exclaimed.

- That is not a very nice place to be, especially at night with two women.  However, I fully understand that you need to get your car to go home.
-  Yes, otherwise we are stuck here tonight.
-  I understand, but I will take you there with the condition that you must obey everything I tell you to do, without exception.

We looked at one another in bewilderment.  Are we going to get into a larger trouble than what we are already in?   However, we had no choice but to take his offer.  It was getting darker, and who knew when the next taxi-driver would agree to take us to the West side.   After a little contemplation I limply said ‘yes’.

The man opened the door and sat Swapna and my mother in the back seat and me in the front.  He locked all doors shut and rolled up the windows.  It was warm and the taxi did not have air conditioning.  However, ‘Do not roll down the windows or try to open the door’, he demanded.

The driver clearly understood that I did not know much about the West side of the city.  Therefore, he illuminated me with information such as it was a very dangerous area: murder, rape, and gang violence were common, and nobody in the right mind would go there at night, etc., thus increasing my anxiety.  He also asked me where we were coming from, what were we doing in NYC, etc.

Our taxi passed through mid-town to reach the Madison Square Garden area that was teeming with people – with many vendors, much like in my childhood city of Kolkata, except for the omni-present phuchkawalas there.  Soon we passed through a ‘black area’ where almost everyone in sight was a black person. Then we drove into a Latino area where all writings on store-fronts and other advertisements were in Spanish.

The driver announced that we were almost there and, everything we promised to do must be adhered to.  Soon he parked in front of a large yard with cars all over.  A little office-like structure was visible at a distance.  He turned towards me and said, ‘You go ahead, pay the fees and get the car. I will stay here with the ladies.’

I was in mortal fear.  How could I leave my loved ones with a total stranger in a dangerous and violent place?  What if he decided to drive away?

The man read my mind.  ‘Trust me, they will be in good hands.  It is too dangerous for them to come out of the car and go with you.  Trust me.’

Then he turned towards me.

- These guys only take cash. Do you have enough cash to pay for the ticket, towing fee, and then pay me?
- I think so.  I was hesitant to inform him that I was carrying quite a bit of cash with me.

Then he said something that was totally unthinkable.

- Well, if you do not have enough, I can loan you the rest.  You can mail me a check after getting back home.

It was dark everywhere.  A total stranger, a black person, was offering me a loan -- standing in a near-desolate area on the West side of NYC.   My genetically ingrained racist Indian self recoiled inside me in total disbelief.  I was so bewildered that I couldn’t utter anything in response.

I opened the door of the taxi, walked to the towing office, paid the fee and drove my car back to where the taxi was waiting.  I transferred the passengers to my car and paid the taxi bill.

Before I could shake the hand of the taxi-driver in gratitude, he rolled up the window and drove away.