My five-year-old son hugged me and asked desperately, "Mom, why aren't you saying anything? Please don't tell Joyce I told you this. If she comes to know, she'll punish Tim more."

I couldn't believe my ears. I was numb and words were not coming out of my mouth. My eyes became filled with tears because of anger and sadness. I saw Neil's face white with fear. Suddenly I became conscious of what was going on. I embraced Neil and comforted him. "Don't worry," I said, "You don't have to go to Joyce anymore."

"How come? You told me you have to work because you're a doctor. Patients need you day and night. Who is going to put the patients to sleep for surgery?"

"I'll quit, and they'll find somebody else."

"That's great. I don't have to go to Joyce any more. But I'll miss Ryan. He's my friend." After Neil said these words, he hurriedly disappeared from my presence in a happy mood.

I still couldn't believe what Joyce did to my six-month-old son, Tim. This was back in the early Seventies. Our former babysitter, Margaret, was extremely nice to Neil and Tim. Unfortunately, she had to leave town because her husband's work transferred him to another city. We advertised in the newspaper for another babysitter. Several people replied, and we chose Joyce to watch Neil and Tim for long hours at her home, including some nights. We were happy with her for a couple of months. Her home was nicely decorated and clean. Her son, Ryan, was almost Neil's age. Neil went to a Catholic school while Ryan attended the public school. Neil and Ryan became friends. My children appeared happy.

In the beginning, I asked Neil, "How is Joyce? Do you like her?" Neil gave positive feedback.

I asked Joyce, "How is everything going? Are the boys behaving?"

Joyce said, "Neil is a nice boy. Tim's a happy baby. They don't give me any trouble. Neil listens. I love taking care of them. Don't worry!" I was happy to hear that and stopped inquiring any more.

Two months went by. Tim was six months old and he started to crawl. I felt content.

In the third month, I noticed that Tim wasn't smiling for a few days as he did before. He didn't cry aloud, and his crawling had slowed down. He sat in one place without moving very much. I was worried. He was not sick and he was eating well. I felt something was wrong with him.  I told my husband, Benoyendu about this. He was annoyed and said, "What's wrong with you? When he cries, you complain; when he doesn't cry, you still complain."

His response didn't satisfy me. I felt strongly that something was wrong with my baby. Before I made an appointment with the pediatrician, I thought I had to dig more into his behavior at Joyce's house. I asked Joyce and she tried to comfort me saying, "Nothing is wrong with Tim. He's as darling as before."

That weekend, I was off work. Ben was in the office and Tim was in his crib, sleeping. I asked Neil, "How do you two spend time at Joyce's place?"

"Tim plays in his playpen," Neil answered. "And I play with Ryan."
"How long does he stay in the playpen?"
"I don't know. When the school bus comes I go to school. Why are you asking me all these questions? I won't tell you anything."

I was surprised at Neil's attitude. He was normally so polite. I controlled myself and said, "I know, dear, that you want to go to play but before you go, tell me, where do you find Tim when you come back from school?"
"He's in the playpen."
"Does Joyce carry him or play with him?
“Please don't ask me all these questions. I don't know," Neil said quickly, showing me he was eager to go play.

I felt Neil was trying to hide something from me. It was unusual for him. I understood these questions bothered him.  I held his hand tightly before he could run away. I put him on my lap, asked him to stay with me a bit longer. I said, "Please tell me Neil, is Joyce nice to Tim?" Does she play with him?”

Eyes filled with tears, Neil answered, "I don't know. Please don't ask me any more."
"Does Joyce sometimes discipline you?"
"Not me. But----" Neil became irritated and said, "Don't ask me about Joyce” and he ran to his room and closed the door.

I followed him, opened his door, and then stood next to him as he sat in a chair near his desk. I said, as I kneeled down and embraced him, "Please tell me what you started to say. I'm your mother. Please don't hide anything from me. Did Joyce spank Tim?"

Neil opened up to me. His voice was heavy as he tried to control his fear and tears. He said, "A week ago on a Monday early morning, Ryan and I were playing with a puzzle. Tim was in the playpen in the next room. Suddenly I heard Tim cry out very loudly as if something happened. I immediately ran into the next room and saw Tim near the playpen on the carpet in a crawling position. Joyce stood with one foot on Tim's fingers. Seeing me there, Joyce immediately picked up Tim in her arms and came in front of me. She snapped, "Whatever you saw, don't tell your parents. If you tell them, then I'll punish Tim more. You know by now your mother needs me."

Then Ryan entered the room and asked, "Why is Tim crying like that, Mom?”
Joyce answered, "He's hungry. You two go and get ready for school."

I couldn't believe what I heard. I was lost for words. Neil hugged me and pleaded, "Mom, please don't tell Joyce that I told you this."

I gave Neil a warm hug and said in a soft voice, "Don't worry. You'll never have to go back to her. I'll quit my job." Neil kissed me and left.

I felt awful with guilt. I could almost see Tim's little pink fingers getting blue from the pressure of Joyce's heavy-set foot. I was thankful to God that Tim's fingers didn't break. Baby Tim had just started crawling around at that time. He was left to stay in that little space of the playpen, confined for hours every day. I imagined, he used his forming brain to figure out how to climb out of the playpen and crawl on the floor for the first time in his life. For that, his punishment was cruel enough to change his personality. That was the reason he was behaving so differently. He even stopped crawling. I felt responsible for all of this.

I told my husband about what happened to Tim with tears in my eyes.  After listening, he said, "I'm firing Joyce right now! We are immigrants here, so busy trying to survive. We shouldn't strain ourselves and our nerves, discussing this pathetic incident. Instead of taking any action against her, we should just go and interview the next babysitter. Do you remember we made a list after we selected some babysitters who responded to our babysitters wanted advertisement on the newspaper? We can take Tim to her this coming Monday.”

Ben called Joyce and fired her without giving her any reason. Joyce pleaded with Ben to keep her. She told my husband how much she enjoyed taking care of the boys as if they were her own. My husband only said, "We'll remember you."

We called a girl named Carol, from our list of the babysitters who had responded before to our advertisement in the newspaper, and interviewed her the same day. We were happy with her and made arrangements to take Tim to her on Monday. Tim became as jolly as he was before. Since then, he developed well according to his age. We loved all other babysitters we had from then on. We realized, Joyce was just one rotten apple in a basket of good ones.

Tempus Fugit. We never forgot her. I can see her in front of my eyes even now. Whenever I think of her, I feel a sharp pain in my chest. Then I comfort myself, thinking that we had Carol and so many other baby sitters who were nice to Tim.

Today, I can't believe anybody would escape unpunished if they harmed a child. 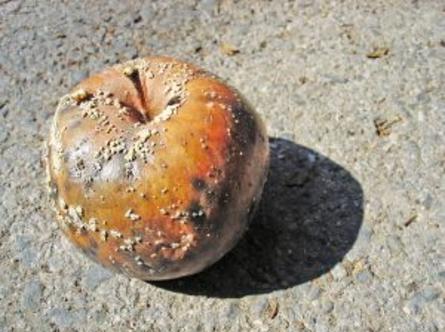 ​Comments received from Sutapa M. on December 4, 2017: "Is this a true story? If yes, as a mother who has always felt that protecting a child is our primary responsibility, my question to the author is, why didn't she take steps to report this incident? She protected her child by getting a new babysitter, but what about the other babies that this rotten apple possibly harmed? Wasn't she supposed to play a role in preventing those kids from getting harmed too?"