When you wake up on some days, they seem to stretch out interminably. It’s the million errands you need to take on in sequence. Otherwise, there’s way too much waste of time and effort, and also gas -- driving back and forth. And gas is big these days. The inflation is monstrously aggravating, and gas prices are spiraling out of control. The lines at a gas station like Costco that offers a more reasonable price are endlessly serpentine and the wait is so long. And so the frayed nerves are a reality mostly.

But when someone reminds you of other worlds where situations are much direr, you get to see your own annoyance in perspective. It’s sobering. My fretting seems puerile. That’s exactly what Mimi ended up reminding me that day. A quiet thankfulness stayed with me right till the very end. Some of us are plain lucky to be surviving in the first place and that’s enough most of the time. But we forget that almost all the time.

For the entire weekend I was trying to get organized with stuff around my home. There were lots that clearly wouldn’t fit and had to be either put away in public storage or simply donated. I had to get cracking on both. At the end of all the sorting, stowing and loading in the trunk of my car, I was totally exhausted and wished I had better muscle strength and stamina. These are occasions when I almost wish I were a man endowed with that brawny power and muscle memory that make these chores so seamless for them. Anyway, I headed off to do the needful at the storage with my meager frame.

That’s where I met Mimi. I was looking for a cart to pile my storage bins and empty cartons. I was saving the empty boxes for later use in anticipation of my next move whenever that was to be, who knows? And there she was in her old blue sedan on the other side of the shuttered gate. She was parked in the common space of the climate-controlled storage units right in front of the elevator. Her car was overflowing with an assortment of bags and boxes, and what have you, all ready to burst onto the floor. I figured there was no way I could request her to park in the parking lot outside the shutter to let my SUV in. I could have unloaded comfortably then. Anyway, I got hold of a cart and dragged it to my vehicle instead.

It took a whole lot of my flimsy muscles to load the cart with the heavy bins. I kept wishing a million times that if not a man, at the least I could have been a stronger American woman like some of my coworkers. I envy them for their stamina and grit stored in their power packed bones. But I told myself: no point moping, it’s all about coping, so do it girrrl!!

I entered and saw Mimi hauling, lugging, dragging. I estimated it would take her a huge part of the day with the amount of stuff she needed to take care of. I wondered how in heaven’s name she did end up accumulating so much. It was a humongous amount like a mountain looming larger and larger as she kept adding more and more to its girth and height.

But she had that plump kindly smile that sits easy on someone who’s seen enough of life to be wondrously wise but not terribly hopeless. She wished me a tired but pleasant good morning. I wasn’t sure until then if my morning would be that good considering how frazzled I was, but I went along with her greetings and wished her the same. I noticed she was slow, probably the arthritic joints were a bother, but resilient, lugging one bag at a time towards her storage unit on the first floor.

I asked her if she knew of a Clothes Drop nearby so I could leave my used clothing after my storage excursion was done. I wasn’t sure the old ones at Stop and Shop and CVS were still operating in the post- Covid scenario.

And that’s when she said:

“You’re looking for a Clothes Drop? Why don’t you give them to me instead?”

“Yeah sure. If you’d take them. Some are used though. And I don’t have them with me right now.”

“You can drop it off at my garage then.”

She gave me the location of her home and it seemed out of the way. That would be another drive, another day and I wanted to be rid of the clutter right away.

“If you don’t mind waiting, I could go back home and fetch. Most of them are gently used if you know what I mean, like the pants, and the shirts. But some of them are also long Indian kameezes, will you be interested?”

“I’ll wait. No problem. Everything helps.”

She was serious and meant it. I arranged all the stuff in my storage unit on the second floor and then drove back home. I couldn’t help wondering what the heck would she do with such a heap. I was, however, relieved that someone was willing to help me offload.

Driving back, I was half skeptical imagining she’d have left and I’d be stuck with all the stuff on my hands. I also had no number to call and find out. But she was patiently waiting in her blue sedan when I returned after an hour.

She greeted me with such a heart stopping soulful smile of gratitude, that I instantly melted.

“Thank you so much. Many women wear long dresses when they pray at the mosque. I’ll send all this home soon.”

“Yeah, I am from Sierra Leone, West Africa. I am American but Freetown, that’s my home.”

“Oh ok. But how would you send this enormous heap?”

“Oh we do it all the time. We fill huge containers and ship them out. 15 years of war have ruined my country. So much want, such poverty, especially in the villages! Now there’s no war but there’s so much damage. Some time back Angelina Jolie was there to share her resources to bring some relief. She’s a good soul.”

“Yeah, some celebrities are so compassionate. I remember Sean Penn’s work in Hurricane devastated Haiti. And also more recently Maksim Chmerkovskiy, the Ukrainian American choreographer of the Dancing With the Stars fame, was helping out the Ukrainian refugees in Poland. But the war in your country… with whom is it, Mimi?”

“Oh don’t you know?   There was a civil war in Sierra Leone. People were fighting each other. There was a coup and then so many came from Liberia and Guinea-Bissau and started fighting for space. It’s terrible, war for power on the one hand and war for survival on the other.”

I didn’t know the history of this West African country but was learning from Mimi.

“Oh, I'm so sorry Mimi. The world is so messed up nowadays. There’s no peace anywhere.”

I was thinking of all the insane gun violence at home at the same time; yet another kind of warfare among fellow citizens.

“Yes. Refugees in their own homeland. But even then, I am going home once I retire around the end of this year. That’s where my siblings, the rest of my family are.”

“Where will you retire from?”

“I work at an Assisted Living facility. So many, many years. But I’m ready to go back now.”

“Will you be happy there after all these years here in the US? I mean…”

“Oh yeah. It’s so lonely for the old here. I take care of the elderly but there’ll be no one for my lonely days. No one’s got the time for you. My children and grandchildren all work, so they don’t have time for me. And Assisted Living places are only for those who have a lot of assets, so expensive! Back home my brothers and sisters are there for me. I couldn’t bring them all here. Not everyone can come to the US you see, even if they desperately want to. I was able to help bring many of my own people here via the Refugee program, but not everyone is as lucky as me.”

“It’s so good that you have extended family back home. It’s wonderful.”

“Yeah home. They burnt it down during this terrible war. I had built such a beautiful apartment for my retired life. I meant to live there and visit my children in the US from time to time. Anyway, now I’ll have to rebuild something for myself. But I am going back after all these years of hard work to settle my children here far from the chaos. Am tired now.”

I was almost on the point of giving this scrubs-clad elder-care worker a tight hug but stopped short, imagining the hazards we face these days while interacting with complete strangers in a post-Covid world. The protocol of expressing affection has changed drastically in the last couple of years unfortunately. Although Mimi had stopped sounding like a stranger in the short span of time that we were conversing, we only smiled, and our eyes understood each other.

“Let me know if you have more stuff, or if your friends are looking to donate.  It will be such a help you know. Here, add my number to your contacts.”

“Sure Mimi. I’ll let you know, and we’d then work out a time that’ll work for us both.”

I left Mimi to take care of her business at her storage unit after that.

Sometimes these unexpected and amazing interactions fill your day with so much more than the predictable. I had a taste of a little more sunshine than usual that day -- to open my eyes to see the hurt and lack in another corner of the world. The flavor of the kindness that keeps the battered world moving is so robust and wholesome. It’s enough to ground you.

Mimi’s resilience and charity touched me deeply that day. It’s the ordinary people like Mimi -- with their steadfast goal of wanting to give back, whatever little is possible, wherever there’s a greater need -- who actually make a world of difference. I experienced it firsthand that day. 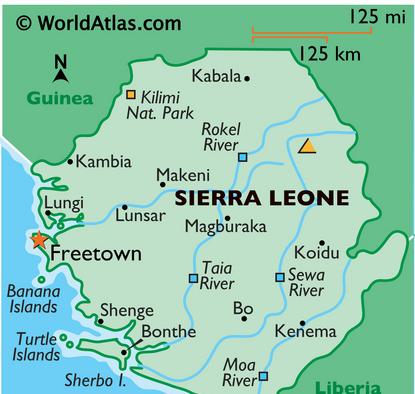 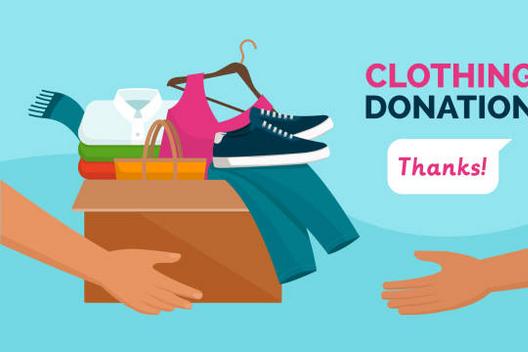