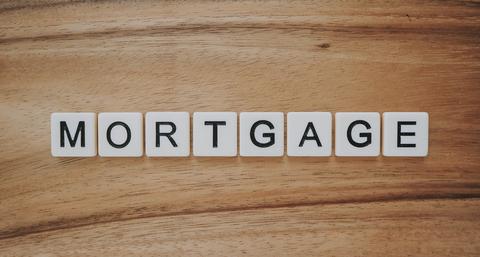 I met Kelly at an open house in Carlsbad in 2001.  I have an addiction towards houses, even when I have no reason to buy one for living or investment. If I am driving down a road and I see an "Open House" sign or a new housing development with flags flying over the sales office, I have to stop there and check it out if I have time.

My artistic side gets great joy in looking at the architectural aspects of any building. I look at the layout of the floor plans, curb appeal, view from the back, style of the home, color scheme, decorations and convenience of its location. There are also some practical benefits of this addiction. Occasionally, I get new ideas about how to make my own home more attractive or unique and it allows me to keep my finger in the real estate pot; and then there is always the possibility of meeting some attractive female real estate agent!

Kelly was neither a real estate agent nor a very attractive woman. She was a mortgage broker and helped the agent by offering her services in getting a mortgage loan for any potential buyer. A mortgage broker is an independent businessperson who has access to literally dozens of banks and other lending institutions.

Kelly was probably a couple of years younger than me. I chatted with her in order to get an idea about the monthly loan payments for this house and it became clear that Kelly was very astute with numbers and knew her business. Even though she was not very pretty, there was something about her that stayed with me. It was probably her penetrating looks as if she could see my soul or her nervous smile suggesting that she was anxious to please me. She gave me her business card and unlike many such business cards that I had collected and thrown away in the trash can in a matter of days, I saved Kelly’s card in my desk drawer at home.

Coincidentally, I was about to leave Sony not too long thereafter by taking a "golden handshake" separation package and join Thomson, a competitor of Sony. The package involved more than one year's salary and some other perks. The Southern California real estate market was heating up and I thought that I could use this money as down payment to buy another house as an investment.

Now I started seriously to look for a house. The house where I had met Kelly was too expensive. I made an offer to purchase a more modest house further inland from the ocean. The next challenge was to get a mortgage loan.  Kelly’s card came in handy, and I gave her a call.

The conventional loan approval process used by banks relied on the criterion that your total monthly payments for all loans should be around 30% of your gross monthly income. This in my case was problematic. There were two major issues against me: a large mortgage payment for my house where I lived and my pending job transition. I had already submitted my "voluntary separation" notice to Sony, but my name would remain on the payroll until the end of the month. I still had a couple of weeks to go, but I knew from past experience that loan approval process could take 30-45 days and even longer if the bank found some problems with the application. I was completely candid with Kelly regarding my financial and employment situation. The fact that we met and discussed all of these sitting at a Starbuck's instead of a formal bank office, crowded by bankers in black suits and ties, made our interaction very informal.

Kelly carefully listened to me and understood all my numbers and then assured me that she would be able to get a loan approved for me. She explained two important facts about the loan approval process: a) if 75% of the potential rental income of a rental property can offset all payments for the property, then these payments do not even enter into the equation of "30% criterion" of loan approval and b) the lending institutes cannot find out an applicant’s true salary because the employers are prohibited by law from disclosing the income of their employees to a third party. They can only verify that the person is indeed an employee at the company at a position he/she claims. The most important factor in my case would be the necessity for my name to be on the Sony payroll when the lender would make that call.

I left the rest to Kelly and simply followed her lead in selecting the lender and following the protocol. I was making a decent salary and I was reassured by Kelly’s information about rental property. My only suspense was to see if the loan could be approved before I left Sony. Much to my surprise, Kelly got my loan approved in ONE WEEK – something I had never heard of.

I immediately became a fan of Kelly. I realized that I could really get into the real estate market with her as an adviser/loan broker. "How did you manage to get the loan approved so fast?" I could not help asking her immediately. Kelly explained that "the main reason a loan approval process usually takes such a long time is pure bureaucracy. More than half of the time, your application file is just sitting on someone's desk or in-box. My advantage is that I work alone and am not bound by any workplace protocols. I make a point of personally knowing the key players in each of the banks I work with, especially the loan underwriters, and follow up with them - every step of the way, often by personally visiting their offices. Besides, most of the number crunching is done by computers and all it takes is a nudge to the clerk feeding the information."

I was thoroughly impressed. We gradually became good friends.  We started to get together for coffee or lunch about once every couple of months. I did another transaction with her help in 2004. It was another rental property I bought in Carlsbad. I had money for down payment because I had finally succeeded in selling my home in Indianapolis which I had been renting out for the previous twelve years.

Kelly and I discovered another common interest.  Her adult son, Arthur, reportedly developed an aversion towards the glitzy lifestyle of Del Mar area where he lived.  Much to Kelly’s chagrin, Arthur became a devout follower of Paramhansa Yogananda whose “Self-Realization Fellowship” retreat was not too far from Del Mar. And he planned never to get married.  I told Kelly about my father’s connection to Yogananda.  In fact, I had lunch with Arthur at her urging just to give her a “second opinion” about Arthur.  I did not see any strong ardor in him.  He was probably suffering from the recent trend among young children of wealthy people who just wanted to experiment with spirituality after they experimented with drugs and sex.  I told Kelly not to worry because it was just a phase he was going through.

Kelly kept me informed about what was going on in her business world and explained to me the so-called "stated income loans" (SIL) which were in vogue. She said it had become extremely easy to get a loan because of little or no oversight of the banking industries. Loans were becoming increasingly available with less and less down payment.

Instead of the conventional requirement of 20% down, one could now get a loan with 10%, 5% or even 0% down payment. In many cases, the buyers were taking two loans, one a conventional loan with 20% down and another simultaneous second loan to cover that 20% payment. In addition, the criterion for loan approval was not 30% of income anymore; it was being relaxed to 40% or even 45% in some cases.

Of course, the applicants had to enter their salary in the loan application form, but it was almost an "honor system" in the sense that the applicants could write any number consistent with the position stated in the application. The most amazing thing was that in the SIL approval process, the banks were simply accepting these "stated" incomes, even dropping the scrutiny of income tax returns of the applicants. Many applicants were "self-employed" with huge, stated incomes and were producing fake tax returns if they were required! On top of all these, the mortgage interest rates were ridiculously low!

As all of these were happening, the values of homes started to skyrocket. The concept of "flipping" became a business model for many. Here is how the concept works: you refinance your loan and take some money out of your equity (the so-called "cash-out") and then use this money as a down payment for another home. You wait six months or so and then you resell ("flip") the other home and make a decent amount of profit. You then use this profit to buy another home and repeat the cycle.

Kelly and I were at ground-zero of the "subprime" lending crisis and the subsequent collapse of the real estate market. It all started with a noble intention of making housing affordable for everyone (by lowering interest rate and making mortgage loans easier to get) and reviving the economy after the 9/11 disaster. Something went horribly wrong. Greed took over and the whole environment became surreal and a house of cards. Kelly started to make large commissions as she was probably processing a dozen applications at any given time.

I remember her calling me one day to tell that she had recently refinanced her own home with a sizable cash-out and bought not one, but two new BMWs, one for herself and one for Arthur. She was constantly encouraging me to buy more properties, with an eye towards commission no doubt.

Although I did not buy any other property, she helped me establish two home equity lines of credit (HELOC). The idea was that, if the price of your house had appreciated significantly (which was the case for most houses in California during that period), the lenders would give you a line of credit (much like a mega credit card) against the "equity" or the assessed gain in the value of your home.

I never had any romantic feelings for her mainly because she had her eyes set on some wealthy gentlemen in Del Mar. I am glad that I never fell for her because things started to go downhill – slowly but surely. Kelly seemed to become erratic, inconsistent, and almost delusional in her comments and mannerism. I tactfully asked some people who knew her what they thought of Kelly and her success. One informed me that she had "bi-polar" disorder and another suspected that she was snorting Cocaine.  I became careful in my interactions with Phyllis.

I gradually lost touch with Kelly.  I heard that her business had taken a nosedive because of her drug addiction and the collapse of the real estate market that followed. Arthur organized an "intervention" with some of Kelly’s friends and she was taken to a drug rehab facility. Her home went into foreclosure for lack of loan payments and was sold off at an auction. I do not know where she lives now or what she does for a living and have made no effort to connect with her. 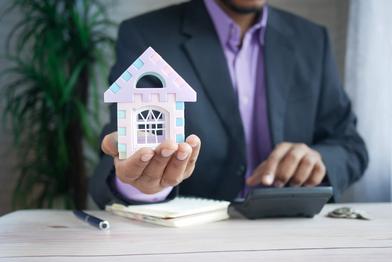