I had always assumed that I would retire at age 65 or thereabouts and idly planned for my retirement from an early age. My thinking was no doubtinfluenced by the experience of my father’s generation in India. I viewed retirement as a rite of passage – much like graduation or wedding – that one has to go through in life. One thing that was crystal clear to me was that I would need to do something post retirement to keep myself occupied. So I liked to imagine my retired life while I was still working. Although traditional retirement activities like gardening or painting did not come naturally to me, I did think of several scenarios, two of which had the most appeal for me. One was that I would retire and immediately go back to work for my company as a consultant. The other was that I would devote my retired life to pursue other interests that were previously relegated to the back burner – notably creative writing and worrying about unsolved problems in physics. (Examples of the latter would be the Three-Body Problem in Classical Mechanics, and Reynolds Number for turbulent flow in Hydrodynamics.) The beauty of the physics projects was the promise of a task to occupy the rest of my life; I did not pretend that I would achieve a spectacular breakthrough or make a seminal contribution in the field.

The concept of retirement was undergoing a sea change in America during my working life. A mandatory retirement age was made obsolete for tenured professors in universities and also generally relaxed in many industries and organizations. So people started retiring late, but the flip side of the change was the pressure often brought to bear on aging workers to accept “early” or “voluntary” retirement with some economic sweeteners. Two other factors drove the workers’ wish to retire later in life. One was the Social Security Reform Act of 1983, which slowly pushed out the age for receiving full social security benefits without penalty to 66 for my age group and eventually targeted 67 for younger workers. The other was the move away from a “defined benefit” pension plan to a “defined contribution” pension plan – based mainly on 401(K) and similar schemes – in most industries. The move left older retirees potentially vulnerable to churns in the equity market. That fact, coupled with increased longevity of the population as a whole, left many people feeling insecure about retirement – viewing it as a one-way pass to poverty late in life.

The reality of my actual retirement, in 2009, was somewhat different from what I had imagined in my mind. It came on the heels of the Great Recession (2007-09) and the unprecedented liquidity crisis that followed the Lehmann Brothers bankruptcy in 2008. Many industries responded to the economic downturn by shedding personnel, and my employer “gently coerced” me into early retirement. That in itself was a non-issue because I was close to 65 by then, and retiring around that age was very much in my plan. But the timing and circumstances threw one of my post-retirement scenarios – that of immediately returning to my company as a consultant – out the window. Then I had a heart attack which led in the end to open-heart surgery. This wholly messed up my plan of retiring to the high hills of North Bengal; my doctor was not keen to have me at 7000 feet without quick access to modern health care facilities. Naturally, I had to turn to my alternate post-retirement concept of pursuing other, long-suppressed interests. I soon found that deep and serious thinking about physics problems was far too trying for my aging brain.  Fortunately, reading and writing afforded me plenty of enjoyment and relaxation, making my retired life not just bearable but fulfilling.

It did not take me long to settle down into a retired routine. One apprehension I had about retirement was its potential impact on married life. I had once heard a joke about the spouse of a retiree telling her husband that she did not marry him to have lunch with him! I tried to nip the problem in the bud by making myself mostly invisible during the day (having a large house and not yet downsizing has helped) and preparing lunch on most days. (That is one habit I have retained from my working life.) The plan was rewarded when I heard my wife observe that retired life was “not that bad!”

Five years of retirement, and talking to retired and non-retired friends, have clarified two things for me. One is how stressful the idea of retirement can be to men of my generation. Retirement disturbs two central pillars of male self-worth: steady occupation and a comfortable earning stream. The end of work life means a loss of the long-familiar daily routine and a substantial reduction in earnings or cash flow. Both are threatening to many people, especially the fear that a catastrophic illness would exhaust the nest egg and land one in poverty.  It is thus only natural for many to extend their work life as long as possible. The other realization is that, absent any serious financial concerns, retirement can be a very relaxing and enjoyable period of one’s life. Nothing can beat the pleasure of getting up late in the morning and not having to worry about managing a difficult and unreasonable boss. The mood was best captured for me recently by a retired uncle in Kolkata, who proudly proclaimed that he strongly advises newly retired people not to go into consulting in the same field – urging them instead to follow their other interests in this new phase of life. As for himself, his post-retirement passion is playing Bridge.

One thing people are known to do after retirement is to travel to places of beauty or interest until the flesh becomes too weak for that. For retired Bengali immigrants like me, a common plan is to spend the winter months in Bengal. I find myself increasingly hesitant to do so, fearing unforeseen health issues. I have faith in the health services of India, especially in the major cities, but hospital stay can be expensive and is not covered by Medicare. Medical coverage is one area I had not thought about in my younger days when I naturally viewed myself as invulnerable. Now I would not qualify for medical insurance in India, given my age and health history. I have wondered how other retirees of my age group manage the problem. The answer came recently when I ran into two friends from my neck of the woods in the US as my wife and I were viewing the annual art exhibition at the Academy of Fine Arts in Kolkata. Both planned to stay in India way longer that I did. When I asked them about medical coverage (or absence thereof), they replied with a smirk that they “make every effort not to fall sick” in India. That of course is one way of handling the problem!

Let me end by stating the obvious: retirement, unless mandatory or coerced, is an intensely personal decision. Situations and circumstances differ, and it is not possible to offer blanket advice to someone contemplating retirement. What I can honestly say, though, is that retirement for me has been a passage to a delightfully pleasant new life -- as my father, I would like to imagine, found out some forty years earlier..

Retirement Then (2000): Dreaming of North Bengal

[Author’s Note: Fourteen years ago, I wrote a semi-facetious piece on retirement for the North American Bengali Conference 2000 (NABC2000) literary magazine. That was some years before my actual retirement, and the essay was naturally full of dreamy ideas and imaginings. Now, five years after my actual retirement, I thought of revisiting the topic to see how the dream fared in its impact with reality. Set down below are two reflections on the subject of retirement: the old one (reprinted from the original) and the new.] 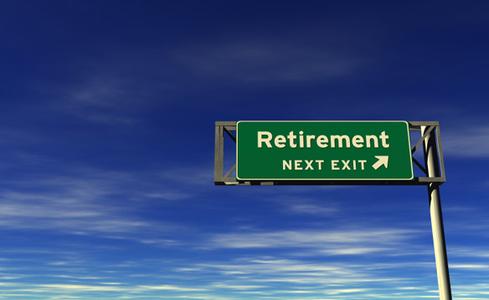 My first experience relating to retirement was not a happy one. I was in high school when the father of a friend of mine retired. The gentleman’shealth began to deteriorate shortly thereafter, and he died within a year.

In the profound naiveté of youth, I attributed the man’s death to retirement. The person’s adult life, I reasoned, was dedicated to office work, with daily start and end times that came with metronomic regularity. Once retired, his life lost its anchor as well as its purpose, and simply refused to carry on.

Years later, when my father chose to retire rather than accept an offer of a two-year service extension, I was not alarmed about his impending demise, for I no longer associated retirement with certain death. I was nevertheless extremely surprised. How could a man, whom I had known all through life as a worker and a bread-earner, consciously decide to quit his job?

Now, of course, as I approach the age when my father chose retirement, I am not at all surprised at his decision. In fact, I envy the situation he was in, and wonder if I too shall have the luxury of retiring early and voluntarily. The Bengali babu that I am, I have already started dreaming about the places I shall be in, and the things I shall do, once I retire. And the dream invariably centers on northern Bengal.

I may be a bit singular here, but I am repelled by the noise and crowd and pollution of Calcutta. I am not drawn to the NRI flats in the suburbs, or to the architectural mélange of Salt Lake City. I am also not sure how I shall cope with the heat and dust of Santiniketan – the other favorite haunt of the Bengali retirees. My mind wanders instead to the bridge over the Mahananda in Malda, the bustling train station in Siliguri, the quiet Jalpaiguri park at the confluence of the Teesta and the Karla, and Seevok Bridge on the way to Sikkim and Dooars, where the traveler is uniformly warned of the danger from falling boulders and leaping tigers.

I understand that the retiring Bengali Babu and Bibi face a difficult choice – between staying with their offspring in the adopted country, and going back to the native land with its associated nostalgia. Many have blazed the trail with what a friend calls the “nine-to-three” solution, wintering as migratory birds for three months in India. That approach has its appeal, no doubt, so long as monetary and physical abilities permit it. And wintering in Calcutta and Santiniketan is far more tolerable, temperature-wise, than summer. But I would much prefer the lush green of the Himalayan foothills of the Terai, especially in summer, when the temperature is 10 degrees cooler than in south Bengal.

Elsewhere on these pages, Manisha Roy argues for having a meaningful purpose of life after retirement. While I agree in principle with her, I seem to be drawn at a subliminal level to the appeal of post-retirement aimlessness after years of drudgery. And where better to do so than in North Bengal? Friends warn me of inadequate hospital facilities, poorly trained doctors, and even the absence sometimes of “oxygen tents.” But, then, isn’t retirement, like life itself, terminal in the end?

[Reprinted from the English language literary magazine of NABC 2000, “At Centuries’ Juncture – Bengali Babu and Bibi in North America”]

Retirement – Then and Now
Amitabha Bagchi