One summer during my student years in graduate school I decided to look for a part-time job to supplement my meager income from a research assistantship. One advantage of a research assistantship was that my presence at the university was neither required nor monitored and I had plenty of time to sneak out and do something else. Besides, being a student of theoretical physics, I could do my research in my head even if I was doing something entirely different with my hands.

However, it was easier thought than done. My foray into selling encyclopedias door to door ended up in a complete failure a couple of summers earlier and I did not want to sell anything for a commission. I did not want to work as a cashier at a fast food joint or drugstore close to the campus in case someone from school saw me there. There were a few on-campus jobs in the library, bookstore, cafeteria etc. but there were plenty of other students competing for those.

A notice on the bulletin board in the students' Union building caught my attention one day: "School Bus Drivers Needed for the Summer". I enjoy driving and immediately thought that it would be fun to drive a school bus; no experience was necessary, and the job would not involve any interaction with others - colleagues or customers. In addition, I would get to know the city. The job required only a couple of hours driving, once in the morning and once in the afternoon. It was perfect.

The dispatch center as well as parking lot for the buses were located in the southern part of Milwaukee. I was presentable in appearance, communicated effectively and could certainly do the job; but the main hurdle was that I had to get a special license for driving commercial vehicles in order to drive a school bus. My regular license would not cut it. Fortunately, the company said that I could do some practice runs driving one of the school buses on my own before I took my driver's license test and gave me a driver's handbook for taking the test.

I remembered that when I got my regular driver's license I had to first get a "learner's permit" by taking a written test and then I could only practice if there was a licensed driver in the car with me. Apparently, there was no such requirement in my practice runs with the school bus or at least, no one told me if that was the case. I read the handbook carefully.  Among other things, I learned why all school buses are yellow. Apparently, this color and especially the black lettering on the color are more easily visible through the early morning fog and darkness of evening dusk.

My first such practice run was quite an experience. I had driven station wagons before, but a full-size yellow school bus was a monster compared to that. To make it worse all buses had manual transmission! That was not too bad because I was used to it since my personal car also did not have automatic transmission. The challenge was my small physical stature. I had to manage not just shifting through clutches and gears but pay careful attention to all the mirrors and be able to manipulate the door and the stop sign attached to the side of the bus (through remote cranking mechanisms). I also quickly discovered that if I put the transmission in the wrong gear by mistake it made a horrible noise.

There are basically two significant additional requirements in driving a school bus compared to driving a regular passenger car. The driver has to open the door using the remote mechanism and extend the stop sign (so that all vehicles behind would stop) every time a student was picked up or dropped off. Secondly there is a prescribed process on how to cross a railroad track. The driver has to slow down before crossing, open the bus door and listen for any noise of an oncoming train. The bus is to cross the track with the door open and the door should be closed only after crossing the track. I had not realized before that the city had so many train tracks! My practice sessions went well. I used to feel like a commander in a battlefield, sitting in a tank while driving through the busy city streets. There was no major problem. Only on one occasion did the bus hit a street sign while I was making a turn, but there was no damage to the sign or the bus.

Miraculously I passed the driving test on my first attempt. It is one of my little-known success stories. Thank God that there was no such thing as parallel parking of a school bus! I became a bona-fide school bus driver. I remembered when I was in high school in a small town in India, there was a school bus from the local girls' school which used to pass by our house everyday, picking up all the girls from the neighborhood. I used to anxiously wait at my front door just to get a glimpse of the young girls' faces through bus windows. I often wished that I was driving that bus! I smiled at the irony.

My first assignment involved a smaller yellow bus, about half the size of a regular bus because the number of students was not that large – probably about ten or twelve. I expected a fairly peaceful driving chore around the city. This was long before the days of GPS and smartphones. The dispatcher had given me a map with my route and the schools highlighted. The morning run was not too bad as I picked up about ten kids one by one. The afternoon session to drop them off turned out to be a nightmare!

I quickly realized what kinds of students went to summer school. Basically, these were all problem students of one kind or another; the ones who did not do well during the regular school year and needed supplementary help during summer. Students with behavioral problems and learning disabilities. Students with physical handicaps. As soon as I left the school premises with all the kids on board the bus turned into a funhouse for them where they could do whatever they pleased. If their screaming was not distracting enough a couple of them leaving their seats and running on the bus was definitely against all rules and common sense. I occasionally turned around and told them to stay quiet or cut it out, but my rather mild tone of voice was no threat to them. I was annoyed but did not feel that it was my duty to discipline them. My attitude was that I was just a driver. The route was not too long and I could put up with all the chaos for half an hour or so.

I was frustrated to learn on that first day that unlike passenger cars the school buses are not equipped with seat belts and therefore the students are not restrained to their seats by any mechanism. The rationale behind the lack of seatbelts is that school buses are designed with a number of additional safety features that make the students very safe in case of a traffic collision even without seatbelts!

The students' unruly behavior only got worse on the second day. I could not see everything they were doing but from their shouting and screaming it was clear that there were some fighting going on between some boys, and judging by her crying a girl was being bullied unfairly if not treated inappropriately. Most alarming was the fact that some of the kids were throwing small objects such as erasers and paper airplanes at other cars passing by through the bus window. I concluded that I had to do something because I could be liable for injuries to either my students or other people outside the bus.

So I had a meeting with the dispatcher and explained my frustrations to her. She understood my problem and changed my assignment to a different school. This was a school for deaf and mute students. There were only five or six students on my route and they did not talk, did not scream, did not cry. I did not have to say anything to them or control them. They just quietly sat on their respective seats throughout the entire journey. On top of that, the transporting vehicle was a regular shuttle van and not a yellow bus. This was a piece of cake after those traumatic first two days. I continued driving this route through the rest of my tenure.

I started to wonder about the merit of even having the large yellow buses. Perhaps it could be more economical and certainly more manageable if we just used shuttle vans.  Sure, it would take more vehicles to handle a given number of students, but the fuel economy and price of a van would be much better which might make the total cost of running and maintaining the fleet lower. It would also be a lot easier to drive the vans through narrow and/or busy city streets.  Different classes can start at slightly different times in order to minimize traffic from all the vans. Anyway, I was glad that I was not making school transportation decisions, especially in a litigious society which would go crazy with lawsuits if there were traffic accidents.

As I drove my students back and forth from their schools I could see one little girl, about seven or eight years old, through my rear-view mirror. She had an angelic face and just sat there like a doll. For the first time in my married life I sincerely wished that I had a little daughter like her! I could show her my love through my gestures, facial expressions and unspoken words even if she could not speak.

Several years later, my own daughter was ready for her first ride in a school bus to go to her elementary school. The big yellow bus showed up right in front of our house with the stop sign extended. I took her to the bus, gave her a big hug and some fatherly advice: "Sit down quietly on your seat and do not be disrespectful to the driver. Do not scream and do not throw anything through the window of the bus. Love you". I waved at the driver as the bus pulled away. I was reassured to see that she was a big African American lady and seemed to be a mature and seasoned driver fully capable of managing unruly kids. 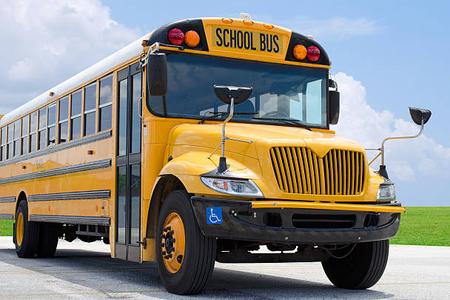 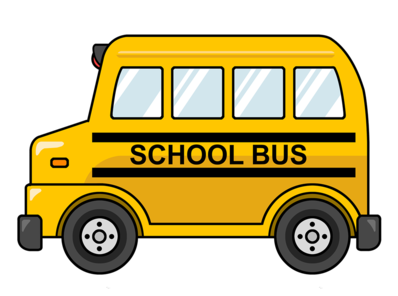