Shades of My Definition
Bakul Banerjee

Take in the view from the top – that was exactly what I was doing. Moments ago, I finished climbing up the seventy-five foot tall steel ladder toreach the platform where the instrument panels were located. The heavy-duty metatarsal boots were getting heavier on my feet. The yellow hardhat was slipping off slightly as beads of perspiration gathered on my forehead. While climbing, I dared not look down to the construction floor below. As I stepped out of the way from the ladder and felt the continuous steel floor under my feet, I paused and stared at the massive building, which accommodated several test-stands for the centrifuges. Many precision control systems for these machines were located at this high platform. My assignment for the day was to work on those blinking panels covering a large wall. I spent weeks staying up late at home to understand how these advanced, at least for that time, systems worked. However, my mind was elsewhere.

Around me, several innocent-looking multistory tall stainless steel cylindrical towers were standing upright. However, their innards containing dangerous fumes were spinning precisely at a breakneck speed. The high frequency noise generated by that movement was hurting my ears a little. I had forgotten my ear protection equipment in my office. The smell of chemicals used to keep these machines clean was familiar, but it was stronger at this height.  The brand-new laser alignment machine down below was flashing away. Men dressed like me in Kmart issue jeans and work shirts were hovering around the prized object.

I noticed the bright yellow line under my feet and became aware of a construction crew member five feet away manipulating a crane with an electronic pendant. A huge steel frame was dangling above him from a hook the size of a baby’s high chair. Quickly, I walked away to the safe zone.  Lights of all sorts were blinking everywhere.

“At this gigantic construction site covering hundreds of acres, I am the only Asian American, and only person with a doctorate degree from one of the most prestigious universities in the world. I am unique among more than six thousand workers employed here,” I thought, taking in my surroundings. The significance of this fact had never impressed me much before. I would climb that height many times in the future, but that feeling would never return. I was in my early thirties.

As I looked around, it also dawned on me that I was there because of my parents.  In 1960, my mother put down a deposit of Rs. 75, about $3 in the US currency of that time, for the entire collection of writings by the famed Bengali poet and author Rabindranath Tagore. Those volumes, arriving by mail over many months, became her constant companions. Social reforms initiated by Tagore were not lost on her. My father, an electrical engineer and a voracious reader, revealed the beauty of mathematics and world literature to me.

A sudden clanking noise nearby woke me up from my daydreams. Soon the euphoria subsided and the bottled up anger inside me welled up. I realized that, at home, I would not be able to share this experience with anybody. I would have to transform myself into a housewife immediately upon crossing the threshold of my home. At that point in my life, I was spending more than eighteen hours a day cooking, cleaning, commuting, working, studying, and taking care of two small children in complete isolation. Like Howard Biehl, Peter Finch’s character in the movie Network, I wanted to scream to the world, “I am mad like hell! I do not deserve to be treated so awfully.” I wished I could curse like those construction workers passing by, or like my blond and tough girlfriend in graduate school who always complained about my passiveness. I wanted to ask my mentor at work, a seventy-year old gentle, white man, to teach me some choice swear words. But I did not, perhaps could not. Nor could I scream.

That day, as I walked away from the construction floor, I noticed an electronic theodolite next to the laser machine. In the past, I had used a simpler theodolite, a special purpose telescope used for surveying more accurately, measuring heights and widths of objects at a distance. It reminded me of one of my favorite portraits of isolation in a famous Bengali movie set in the early twentieth century Kolkata. The lonely wife of a wealthy landowner, Charulata, was looking at the outside world, peering through her ornate binoculars, while hiding behind heavy window curtains. The camera followed the view through the binoculars, as she turned it toward her husband as he went past her in a narrow corridor.

At my request, an engineer standing nearby showed me how the fancy theodolite was being used to install the sensitive centrifuge towers. He was polite, but like many other unwritten rules, he would never invite me to have a drink, perhaps nothing stronger than a glass of orange juice, with him and his buddies; nor would I be able to bring myself to accept such an invitation even if he did.  Unlike Charulata, I did not have to hide when I looked through the theodolite, but the degree of my isolation as a new immigrant was the same.

An artificial vision of the ideal Indian women was drilled into my head. They were not supposed to scream or curse. I had to take consolation with that cliché, “You’ve come a long way baby!” plastered all over the print and television media of that time. Later, I drove back home through the bleak and dilapidated small towns of southern Ohio, dotted with ramshackle churches and ghostly remains of once prosperous steel mills. It was not very different from the Kolkata I visited a couple of years ago. In the middle of the chaos of Kolkata, my parents surrounded themselves with volumes of books of every possible genre, both in Bengali and English, including my mother’s genteel Tagore collection. I had picked up old paperback books by Camus and Kafka from their bookshelves, but put them back after smelling the old pages. My father was reading Meditations by Marcus Aurelius. He wanted to discuss with his beloved first-born how Greek ideals might have influenced Rabindranath. With two small children hanging onto me for attention, that discussion never happened.

At home, I owned no books other than the technical ones for work or school. My heart ached for my parents. That evening, I tried to tell my husband about my experience. However, to interrupt him while watching a football game featuring the Pittsburg Steelers was simply not a thing to do.

“Make sure that you take a strong interest in your husband’s hobbies.” That was my mother’s perennial advice. I learned the rules of games – football, tennis, baseball, and of course, the game of keeping matrimonial peace. Evenings were filled with persistent noise from the TV creating impenetrable sound barriers much stronger than anything that US scientists could build to contain the noise of high-speed revolutions inside centrifuges. Listening to any music and reading novels openly were much frowned upon at my home for two decades. However, I kept reading, often hiding books under my bed. The three-minute long bi-monthly phone call to my mother was carefully monitored. With my spouse talking and listening on the other phone, I never had a chance to tell any of my stories to my parents. I had no time or energy to write a letter.

As Tagore sang, “Oh Lord, nothing gets lost in your beautiful world.”  He urged us to recover lost objects and re-purpose the found ones with care. During that period of my life, I decided to bide time to achieve a better life for myself someday. The company of my growing children, the intellectual environment of my profession and the help of a few, but dedicated friends were crucial factors in reaching that goal. Over the years, a green forest of solitude grew inside me, covering the rocky mounds of isolation.

NOTE: Readers interested in commenting on this article should send their remarks to debsmee572@gmail.com or amitabhanj@gmail.com. 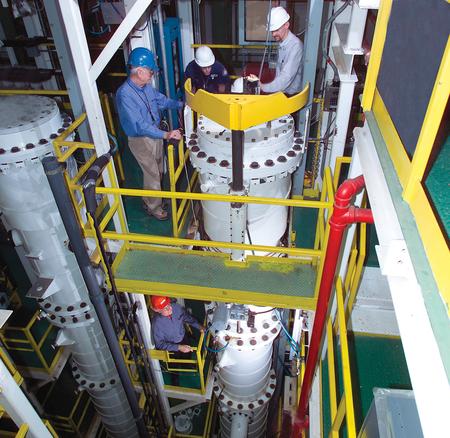