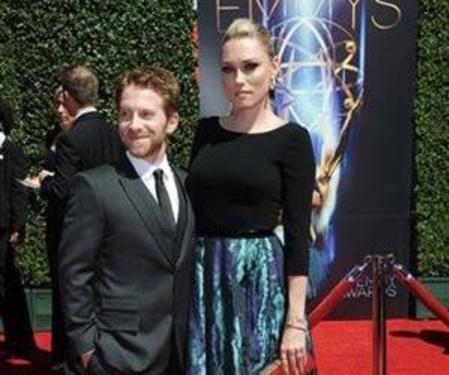 No, this is not really a short story, but rather the story of life from the point of view of a short man, namely, yours truly.  The unfortunate fact, atleast for me, is that the American society is dominated by tall men and I started to gradually realize that as I entered my professional life in this country.  To be exact, I am 5’ 5 3/4” tall, but I always round it off to 5’6”, because it gives me an extra one-fourth of an inch!

I was not very conscious about my height when I was growing up in India during my childhood and teen-age years.  Most of my friends, neighbors and relatives were within an inch or two of my height.  Of course, there were a few tall guys, but they were more of an exception. To tell you the truth, I did not like socializing with very tall guys; their “lankiness” lacked a feeling of warmth that I sought from friends.  Height did not seem to be an important factor for success in India as there were short but famous people in every area of life: politics (Lal Bahadur Shastri), sports (Pankaj Roy and Jaydeep Mukherjee), movies (Robi Ghosh and Anup Kumar), science (Satyen Bose), education (Sanat Bose, our Principal at Presidency College) and so on.  When I came to USA, I almost felt like a “Lilliputian” entering the world of “Gullivers”.

I was not surprised because I knew that the Americans were genetically different from Indians and one of their attributes was their physical figure, which was bigger than ours.  In fact, when I was leaving the Dum Dum airport for USA, one of my close friends, Shyamal, came to see me off and jokingly suggested that I carry a footstool with me everywhere in USA so that I could kiss a girl in case there was such an opportunity.  However, when I was in academia, both as a graduate student and then as a faculty member, there were people of all nationalities on the campuses with their heights varying over a rather wide range.  It was only when I started working in technical industries that I became aware that almost all the powerful executives in American companies were very tall, typically around six feet or more.  Of course, there were some short managers here and there, but if you looked at the top echelon – the CEOs, the COOs, the CFOs, various Vice Presidents -- in any company, they were all tall.  It seemed that height above a certain threshold was a requirement to advance to such high positions.  A friend of mine who worked at a high-tech company told me that their inside joke was that every additional inch in height of these executives commanded an additional twenty thousand dollars or so in their annual salary!  There was a Dilbert comic strip recently where the boss was saying that, since salaries of the employees were decided by how tall they were, he was going to eliminate the ritual of annual performance review and replace it by a simple height measurement process.

One rationale for this is that height commands attention and this is a key for leadership.  People tend to listen and follow a tall leader more easily than a short leader.  If nothing else, a tall leader literally “stands out” in a crowd and is easily visible.  There are, of course, some exceptions.  Jack Welch, the highly successful ex-CEO of GE, was even shorter than me; I know because once I met and shook hands with him.  Gradually, I realized that it is true not just in the technical industries but also in other sectors such as financial, legal, medical etc., as well as in the political arena of this country.  Once again, there are plenty of short figures in all of these areas, but if you look at the top leaders, they are all very tall.  Just look at our presidents and vice-presidents.

The sports world and the movie industries are clearly dominated by tall people as well, but that is understandable because of physical requirements in many sports and the desired visual appeal of the heroes in movies.  It is no wonder that USA has dominated in athletic competitions at the summer Olympics and especially in the sports of basketball. This bias towards taller men extends well beyond professional life.  If one takes a simple survey of women from all over the world to see if they prefer a tall man versus a short man as their partner, I bet that almost all of them would vote for a tall man.  It does not matter if the women themselves are tall or short.  Even a five feet tall woman would prefer a six feet tall man over someone like me. I have been told that women love to be hugged by tall men, dance with tall men and be seen with tall men.  The tall men exude the confidence and feeling of comfort and security that they all crave for.  They also come handy in various domestic chores such as reaching high shelves in the kitchen or changing the light bulb on a ceiling.  If the head of a household is tall, he automatically takes strict control over everyone.

I also believe that tall men are more assertive simply because of their height.  They would be more likely to step forward to help or take charge in an emergency situation.  They tend to be more friendly, helpful and generous to others.  They acquire this trait, probably because their parents also considered them to be more reliable and capable of taking responsibilities when they were young because they were taller.  Shorter men tend to be more critical of others, more selfish and more insecure.

I would like to mention some personal experiences which can be attributed to my short height.  I have never been good in any outdoor sports such as soccer, cricket, field hockey, swimming and tennis, even though I not only played in each of these sports but put considerable effort into them.  I attribute this to my physical stature although there might have been other factors in play.  I also wonder if this inability to excel in outdoor activities forced me to concentrate in academics and hobbies such as painting. I also believe that my height was one of the reasons why my ex-father-in-law never quite accepted me as a suitable match for her beautiful daughter and this, in turn, led to many personality clashes between me and him.  In my professional career, I managed to “climb up” the corporate ladder and eventually become a vice president.  However, not surprisingly, it happened in a Japanese company, Sony, where there were many short executives at high-level positions and height was probably not an important factor.  I doubt that I would have progressed to such a high level in a major American company.  At the same time, even Sony seemed to favor tall Caucasian men for their very high-level management positions in their American facilities.

In my post-divorce dating phase, my height was definitely a challenge.  Although I dated women as short as 5’ and as tall as 5’9”, I could feel a sense of handicap with my height and there was no doubt in my mind that I would have been successful in attracting many more women had I been taller.  Occasionally I toyed with the idea of inserting soles inside my shoes to give me an extra inch or two; if women could wear wigs, high heels and push-up bras, it did not seem to be a dishonest thing to do.  I just could never bring myself to actually doing that.

I also wonder if we, the Bengalis, are genetically shorter than people of other ethnicities as a general rule.  I even did a Google search by clicking “Are Bengali people short?” and found one interesting forum of discussions on a website called “Bangladesh.com”.  Although I would not call it a “scientific survey”, it seems that there is a general consensus on the correlation between being a Bengali and short height, even though there are plenty of tall Bengalis (Satyajit Ray and Hemanta Mukherejee come to mind among the celebrities).  Several people commented that nutrition and climate might have something to do with it.  Another interesting comment was that, in our culture, a short man looks for a bride who is even shorter and as a result children also turn out to be short.  So it is highly likely that, if a man is born short, his entire subsequent generations would be short too.

However, it is not all bad news.  On quite a few occasions, I thank my physical height for my comfort.  For example, if I am flying in a plane on a very long flight, I am happy that I have more legroom than other passengers.  The same is true when I am sitting in the back seat of a compact car on a long trip.  I remember my American friend Ken, who was more than six feet tall, asking me, when I asked him to drive my car (an early model of Honda Civic), “How do I wear this thing around me?” If I visit some friend or relative who does not have a spare bedroom, I have no problem fitting into and sleeping comfortably on a sofa.  The ability to squeeze myself through some narrow openings to reach hard-to-get-to places is also convenient.  I can save money by shopping for shoes, socks and jeans in the boys’ section where the items are typically less expensive than their counterparts in the men’s section.

Belonging to this group of relatively short people, in a world dominated by tall men, has helped me to develop an appreciation for how women feel in this male dominated world.  In both cases, it is not an issue of minority against majority; neither the short men nor the women are a minority.  They are examples of groups with an unspoken bias against them.  However, it is interesting to note that, while there are many articles and reports written on how women are often treated as “second class citizens” as far as salary, promotion etc. are concerned in the workplace, I am not aware of any analysis done on the plight of short men.

I do not want to use my height as an excuse for not achieving any important goal of my life.  Just like women, short men can achieve anything that tall men can, but they have to work just a little bit harder!  In the meantime, I often cope with my physical shortcoming with self-depreciating humor.  Here are two examples: a) Considering how much shortening my mother used to use in her cooking, it is no wonder that I grew up to be short; and b) When my friends set me up for a blind date, my date sang out the Steve Winwood song when we first met, “Bring me a higher love….”.

Readers interesting in commenting on this article should send their remarks to amitabhanj@gmail.com or debsmee572@gmail.com.