[Editors' Note: This is fictionalized account of a substantially true personal experience of the author. An earlier version of the story appeared in a local magazine from Augusta, GA called "The Soul."]

It is the end of October: autumn leaves are falling, and the days are getting shorter. Soon there will be time change when not only the day will become even shorter, but it will appear to be dark during the dawn. Cool breeze is blowing, Jessica wraps her sweater around her chest more tightly. Being a Philadelphia native, she should have known that the airport is right beside the Delaware River and it is always breezy there. Jessica has come to pick up Sumana from the Airport and didn’t think that there was any guarantee that the flight would be arriving at the right time. Jessica, you should have known this, she thought to herself. Anyway, she is so excited that Sumana is coming back after three weeks from visiting her parents that she didn’t pay attention to the weather and other factors like flight delay.

Jessica and Sumana both are Grad students at the Temple University’s Department of Women’s Studies. Though herself and her family have no connection with the “Grace Baptist Temple,” still coming from a Christian family, Jessica felt some strange attraction to Temple University. On the first day of classes, during introductions, when Sumana expressed a similar reason for choosing Temple University over others – citing the connection with the name Temple from her own language Bengali -- the two of them instantly got connected. Then within these three years Jessica and Sumana have become the best of friends and buddies and pals.

“If you don’t mind, are you Hindu?” asked Jessica after a few days of classes.

“Why?” Asked Sumana boldly, but she felt a little nervous due to the suddenness of the question.

Jessica realized that the question was not appropriate and instantly apologized and said, “Please, no offense. I always wondered about India and never really got any chance to ask those questions personally. So, I was thinking, if you don’t mind, may I talk with you about those?”

“What type of questions”, Sumana asked again, “Do you have any burning ones?”

“Yes, honestly I do,” said Jessica, “I tried to read from different sources, but hearing the stories is much more interesting than reading a book. I did some research on Goddess Durga, Lord Krishna and Lord Shiva. I know that the particular form of Goddess Durga commonly worshiped is called Devi Chandi and also Uma. I am a little baffled: why is she called ‘Ma’ Durga and what is the connection between Durga and Chandi and Kali?”

Sumana held up a hand to pause and confirm, “Wait, wait a second. Do you realize you are asking a lot of complex questions to a twenty-first century girl?”

“But you are a girl from that country where people are said to worship half a billion Gods and Goddesses with a rich history of civilization” Jessica replied.

Sumana needed a chaperone to help her in the big city in a foreign country and Jessica was looking for somebody to talk to and ask questions about India and its culture, food, religion, and practices of different beliefs. Was that God’s will to unite two non-religious minded individuals just for their inner relatedness to a place simply because of the name? Both Sumana and Jessica thought over and over this question. But Jessica became very happy to get a lot of answers from Sumana. While sitting and waiting for Sumana to arrive, she started reminiscing about the stories of Durga and MahaKali as told by Sumana.

“We refer to our Goddesses as mother or Ma, and Ma Durga or Ma Kali is no exception to that. Though in India you will see there are all tones of skin color but still people have a keen attraction to fair colored skin, which is reflected in the depiction of Deities. There are two exceptions: Lord Krishna and Mother Kali, who is also called Maha Kali, meaning one who has overcome all the boundaries of time or ‘kaal’. In the case of Lord Krishna, due to the pervasive patriarchal sentiment in the country, people never regard him as a dark-colored Lord, while in contrast, whenever it comes to the reference of Mother Kali, she is inevitably referred to as the dark-skinned Goddess. Anyway, if we go back to the root of our heritage and the depiction of all of these forms, we find that Goddess Durga, who is also known as Uma (which you already know), was a dark-skin-toned baby born to Himalaya and Menaka, and they affectionately called her Kalika, meaning she who has dark skin. It was not a matter of concern to Kali until she was married to Lord Shiva and Shiva ironically teased her saying that sometimes she looks like the snakes around his neck. Being offended with this tone, Parbati (as she was also called for being the daughter of the King of Parbata (Mountain) Himalaya) went for years of fasting and meditation to bloom into a fair form successfully and thus become Uma.”

“Then by the strange cycle of events when Gods and Goddesses were getting thrashed by Asura (Demons), all the Gods united their cosmic powers to give form to Devi Chandi to destroy the vicious Demon Mahisasura. Also, we come to know that when Shiva could not defeat Darakasur as he could only be killed by a woman power, He and Uma united to give rise to the commonly known dark-colored vicious form of Devi Kali as the Deity to destroy the Demons and Demonic forces.”

“In our Bengali religious beliefs you will see”, explained Sumana “whenever there comes the existence of a super power, it’s mostly women who triumph over it, whether it is Devi Durga or Kali or Chandi. Whatever their portrayal as Deities, the ultimate impetus is to destroy the evil power and to bring justice and shine the inner light.”

“That’s why even the traditional worship time for Ma Kali is the new moon night during Autumn; that day is also referred to as Deepaboli in Bengali (which has become very popular in recent times in its Hindi term as Diwali). Deepaboli is not just about lighting the candles; it’s about bringing the light to life; it’s about bringing peace and lighting the inner soul by removing all darkness in mind.”

Jessica didn’t want to stop Sumana as she was kind of mesmerized by the complexity of the different forms of Deities, but she realized how half a billion forms of Gods and Goddesses could have existed in this ancient culture and civilization. She couldn’t help but ask, “So is Mother Kali like Sekhmet of Egypt or Athena of Greece?”

“Not really.” Sumana answered patiently. “Sekhmet is the Goddess of war and destruction, and Athena is the Goddess of strategy and wisdom. There are lots of differences in the way the Hindu religion has depicted Ma Kali; she is not a Goddess of destruction. She is a symbol of the triumph over evil forces.

Jessica also came to know how Ma Kali is expressed in different forms. How Rani Rasmoni and Ramakrishna played a role in spreading faith towards the motherly appearance of Ma Kali in the form of Bhabatarini. How the poet Nazrul from a Muslim family wrote so many beautiful songs worshipping Shyama Ma (as darker color is also referred to as Shyama in Bengali), how paintings are done on clay plates or clothes known as Patachitra by people of different faiths and castes, and numerous other facts which Jessica had waited eagerly to learn for so long.

Sumana said, “You know Jessica, the interesting thing in our culture is that most festivals are called ‘Utsab’ meaning it is a celebration with everybody. We like to celebrate with families, friends, neighbors and all.” After having so many discussions, Jessica realized why Sumana was so adamant to visit her parents during this Durga Puja time. She realized finally what Sumana meant by ‘I will be going home but will not be at home’. She realized why Sumana begged their advisor to get vacation time in October and promised that even though nobody would be at school, she would make up for all her unfinished work during Christmas.

Jessica would have been completely lost in her thoughts while waiting outside of the arrival gate when the phone chirped, “Where r u, arrived!” Sumana found her before Jessica could get out of her car. With her cheerful nature she rushed to give a big hug to Jessica, forgetting about the suitcases she was carrying. There was a lot of news to exchange between these two friends and to catch up. Sumana said, “You know, I learnt something new from my dad. At their ancestral home at Nabadwip, there is a Kali Temple where Ma Kali is sitting on Shiva calmly with no weapons in her hands, and instead of lying flat Shiva is in a posture of relaxed pose like on a sofa. Though we traditionally are familiar with four handed deities, there could be variations from four to ten arms, and there is one Kali temple in Pakistan with a ten-armed Ma Kali and the temple was established by a person of non-Bengali origin. There is a Temple of Ma Kali at Skanda Vale, UK which was established by a devotee from Sri-Lanka. Also, remember you were asking about the similarities between Sekhmet and Athena with our Mother Kalika? Rrecently there was an exhibition at  the British Museum in collaboration with the Bengali Association titled “Goddess – Female Power in World Belief”. I can’t wait to show you what I bought for you.”

Philadelphia traffic is not easy to handle and sometimes it becomes even worse than usual. So, Jessica wasn’t able to pay attention to what Sumana was saying. A few minutes later, all on a sudden, she realized that inside the car it had become very quiet. Jessica looked at her friend. Sumana had fallen asleep: jetlag, overexcitement, everything hit her at the same time. It was a little too much within those few minutes. ‘Let her sleep, we will get lots of time to catch up’, thought Jessica. Autumn leaves, red and yellow, paved the sidewalks beautifully like ‘alpona’ -- as would have been described by Sumana had she been awake.

​Comments received from Partha S. on January 6, 2023: "I really liked the story by Soma Mukhopadhyay.  It made me think how complex our religion is, even to ourselves.  I cannot even imagine how complex it is for a foreigner like Jessica to comprehend and fully appreciate.  Besides, there are many versions, all the way from purely fictitious mythology to history." 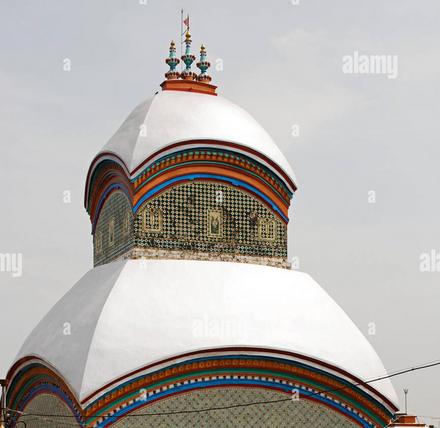 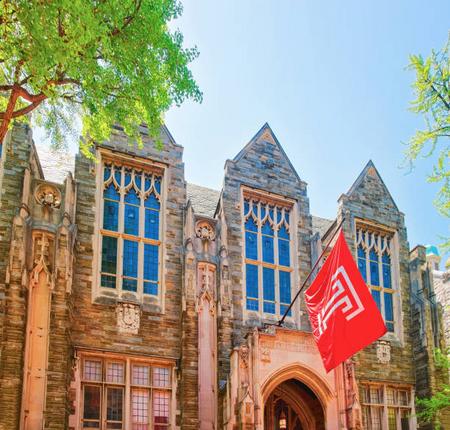