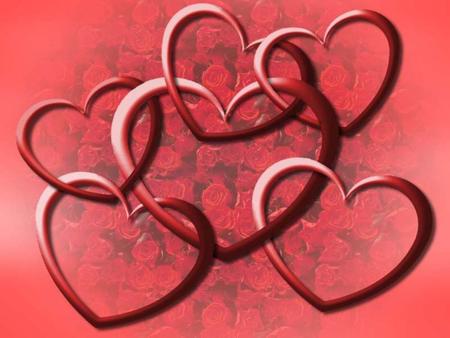 I landed at the Los Angeles International Airport in April 1977. Two months back in Kolkata, I had gotten married to a well-educated and financiallyestablished immigrant from Southern California. Of course I did not have to worry about the uncertainties that a lot of people face when they arrive in America, the land of opportunity. I had a green card and a husband who was totally capable of supporting me.  There wasn’t a whole lot to worry about. So I had the luxury of thinking about going to graduate school in this country one day. I was wondering whether the mainstream Americans would like me. Being a people person, it was important for me to establish friendships with people from other cultures as well. So these were the thoughts I had when I landed in Los Angeles.

My first four years went exactly this way. My husband worked, I went to school and we socialized with all kinds of people. We had a good time. Making friends with the mainstream Americans was not a problem for me at all. I did not even think about whether I had personally faced racial discrimination. If I did, it must have been subtle so that I could ignore it.  In 1979 we moved to upstate New York. The same life continued. My husband continued to work, I continued to attend graduate school and when we had time we socialized. Then in January 1981, our first child Manjori (Manjie) was born and our lives changed completely. Manjie was born with Down Syndrome, a chromosomal condition caused by the presence of a third copy of chromosome 21. This implied that along with possible medical problems such as a heart condition (which she did have but was not diagnosed at birth), our daughter was almost certainly going to be cognitively disabled. Disabled she certainly was, but we had to quickly prepare ourselves for the shock of our lives. Manjie died in December 1984, just a few weeks away from her fourth birthday.

Looking back at the four most difficult years of our lives has not been easy. We have been blessed with two other children who have become individuals that would make any parent proud. So at this point of our lives, we can say that life has been good to us. But as I try to think about our days with Manjie, I still feel that deep pain in my heart. The sad part is that we could not share that pain with some of our good Indian friends at that time. It was not their fault though. We isolated ourselves because we probably did not want them to pity us for giving birth to a child that was less than perfect. I am sure that some of our good Indian friends guessed that something was not right with our child, but they were very nice and never asked us. However, they offered support whenever we needed.

It was during this time that we met some wonderful native-born White American families. These were families with special needs children. There were also professionals who were involved in our children’s education. Due to the cultural distance and also the common experience, it was easier to open up to this group of people. No one in this group would think that we were inadequate.  We were all in the same boat and the cultural difference became insignificant after a while. It was this group of friends that helped us believe that our lives were not ruined after all. My husband and I even went on a short trip while one of the families took care of Manjie. Our friends convinced us that we deserved to enjoy life in spite of having a special needs child. One of the families that we were very close to had a son with Down Syndrome. We used to joke that one day their son and our daughter would get married so that they could lead as normal a life as possible. These were some of our coping mechanisms to deal with a very difficult situation.

Our second child (a baby boy) was born when Manjie was only eighteen months old. Of course he brought us the much needed joy as well as a relief that most parents of newborns take for granted. When Manjie was two and a half years old we moved to Boulder, Colorado. Our daughter got sick immediately. This is when we found out that Manjie was born with several holes in her heart. Her damaged heart could not handle the high altitude of Boulder, CO. Thus began the second phase of our life with Manjie. This time it was dealing with a terminally ill child. Manjie underwent open heart surgery but although they were able to repair the holes in her heart, her lungs had become permanently damaged (pulmonary hypertension). She was unable to get out of the oxygen tank and finally gave up fighting. She died on December 15 1984.

We were blessed with a little girl in 1986. I went back to school again soon after our second daughter was born, this time to become a school psychologist. My original field was mathematics but after our four years of life with Manjie, mathematics did not mean much to me. I have worked as a school psychologist for 21 years and have just retired. My husband continues to lead a very busy and successful professional life. Our two children have grown up to be responsible adults. We really do not have much to complain about. But our experience with Manjie has taught us some valuable lessons in life.

The most valuable lesson Manjie taught us is the true meaning of unconditional love. Some of our children (for no fault of their own) may not be able to give us back much in return of the time, energy and resources we as parents invest in them. But we love them irrespective of any return. We also consider ourselves fortunate that Manjie was born in the US and not in India. The caring and love we all received from the mainstream American families that we came in touch with was simply phenomenal. When Manjie underwent open heart surgery in Denver, one of our very dear friends from upstate New York flew to Denver to be with us. This caring continued during numerous of Manjie's hospitalizations. We had perfect strangers come to us and pray for us. When they prayed for us, I did not believe that their praying would make a big difference in keeping Manjie alive. But I certainly appreciated the facr that they considered us special enough to pray for us. Several families volunteered to take care of our son (who was very young at that time) so that we could focus on taking care of our terminally ill child. I cannot imagine going through such an experience in India. Cabbage Patch Dolls were very popular at that time and they were quite expensive. I still remember that a group of ladies came to see Manjie in the hospital a few days before she dies and gave her a cabbage Patch Doll. Later I heard from the nurses that she was the only child in that hospital who received that doll. Right after Manjie died, a couple who had lost a child with Down Syndrome a few years back came and visited us in the hotel. Over the years we developed a relationship with this family and we still keep in touch with them. Another family that deserves special mention is Manjie's pediatrician in Boulder (who was with us when Manjie was first diagnosed with a heart problem) and his wife. They had been with us the entire time of our ordeal and although we have moved far away many years back, we are still in touch with them. Interestingly, many of these families who supported us during these four years were devout Christians. To this day, when I hear some people making unkind comments (they may have their reasons) about devout Christians, I think about the love and caring we had received from some of these familis during our time of great need. Sometimes we need to face real adversity in life in order to believe in the essential goodness in other human beings even if these people are culturally and religiously defferent from us. Having Manjie has helped me feel comfortable about this country and its people. It is the endearment of this culture that I have continued to cherish all my life no matter how painful our experience has been with Manjie.

Note: Readers interested in commenting on this article should email their remarks to debsmee572@gmail.com or amitabhanj@gmail