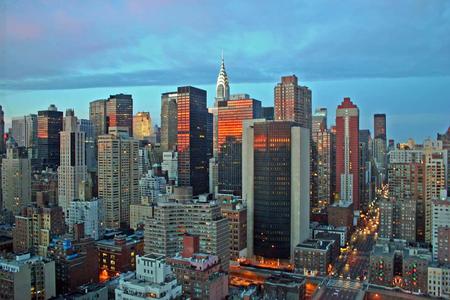 The Tension of Arrival

When in the early sixties I entered college in India, going abroad for higher studies was the last thing on my mind. The reason was simple: studying abroad was expensive. Very few people of my parents’ and grandparents’ extended families had the wherewithal to travel and study abroad. That luxury was available only to people in wealthier economic classes than my own, such as native princes, rich landowners and highly successful businessmen and professionals. In fact, Bengali novels from that period often portrayed bright but impecunious young men marrying up to be sent to London by their in-laws to study for the bar at Lincoln’s Inn. (England was of course the preferred destination for Indians during the British Raj.)

Things around me, however, were changing fast by the time I went to college. The main reason was the emergence of America as an alternate destination for higher learning. With the European empires now history, America had made a deliberate and conscious effort to attract foreign students to study there on very generous terms. And Indian students with background similar to mine began to respond positively. A relative of mine came back after a stint as a post-doctoral fellow with a famous chemistry professor at the University of Pennsylvania. I became aware of people I knew – from older children of my neighborhood to relatives of friends – who went to an assortment of US universities -- from Boston to Berkeley and everywhere in between. Slowly my perspective on studying abroad began to change.

Even so, it took a close friend’s persistence and great persuasive power for me to appear in GRE a few months after passing my B.Sc. exam. I was still unsure of my plans when, much to my surprise, I was accepted as a graduate student at a few universities. In particular, the University of Maryland gave me a too-good-to-be-true offer of a fully tuition-paid teaching assistantship. Moderately alarmed, I broached the prospect to my mother, expecting her to quash the idea. Instead she asked me how much cost the family would have to bear. When she learnt that the family would be liable only for the passage money, she thought my accepting the offer was a no-brainer. Thus an important life’s decision was made for me arguably by others!

I got conflicting advice from officious well-wishers before I left India. Some wanted me to go by boat; others recommended airplane. (The fares had become comparable by that time.) Some thought I should get a (superfluous) Master’s degree on my way to the Doctorate. Otherwise, the argument went, I might not be considered for college employment per the rigid bureaucratic rules of the Indian educational system. The most startling suggestion came from someone who told me to return home from the US by way of Cambridge, UK and snag a Ph.D. there to establish my scholastic bona fide.

In the end, I chose to fly. I flew Lufthansa from Calcutta to New York with stopovers at Frankfurt and London. It was, for me, a plunge into the unknown and an exposure to things previously unseen.

It began on the plane with my first encounter with cold cuts. Cheese pieces I could tell; but the sliced meats of various hues – white, pink and red – left me confused about their nature and origin. I struggled for a while about how to pick and choose and thus adhere to the Hindu dietary norm of my background. In the end, my appetite got the better of me and, discarding my initial concern and squeamishness. I dug into the fare laid out in front.

In this way and all through the journey, I ricocheted from one new (and often embarrassing) experience to another: mistaking bidet for a low urinal in Frankfurt; munching dry cornflakes for breakfast at a London Y; and so on. I lugged my 20 kg suitcase -- the airlines maximum allowance -- everywhere I went and kept a close watch on the $8 in cash that the Indian government had permitted me to take out of the country. I also carried $200 in traveler’s checks that my father had procured for me from the Reserve Bank of India on condition that I would return the money in a year’s time.

I have pleasant memories of the trip too. Although dialects were hard to follow as I asked folks (at Heathrow and elsewhere) for directions, I did manage to meet up with some college friends who had come to England a year earlier. With their help, I had a good tourist’s eye-view of London: visits to Saint James Park and Buckingham Palace, riding the “Tube” and feeding pigeons at Trafalgar Square.

At the end of it all, I reached Kennedy Airport in New York one afternoon. Through some arrangement made by the university’s Foreign Students’ Office, I was met by an American graduate student (about my age) who gave me precise directions about how to get that same evening to my final destination, namely the residence of a friend and colleague of my father in Washington, DC. (The colleague was sent on an official deputation to the Indian Embassy in DC to look after their accounts.)

Following instructions, I took a bus to the East Side Air Terminal. (The building, I was saddened to hear, was demolished in 1985 in favor of a luxury apartment complex,) From there, I took a cab to the Port Authority Bus Terminal. I confess that it was difficult to keep track of all the new and unfamiliar names that were mentioned to me.

I still remember that the cab fare was 90 cents. I gave the cabbie one of my precious dollars and exited with my suitcase. I did not ask for change, thinking that 10 cents (or 10%) would be a good enough tip, but the African-American cab driver barked after me, ”You don’t think of tipping do you?” I turned red in embarrassment but kept walking – pretending not to hear or any rate not to comprehend!

I had my Greyhound ticket from India, which was fortunate. I was quite hungry by this time and needed sustenance, but I knew not what I could eat and more importantly, what I could afford. I walked into a coffee-shop, looked at the menu, but neither understood the items nor felt comfortable with the prices. Screwing up enough courage, I approached the sales counter. “May I have a glass of Coca-Cola?” I inquired of the girl serving there.

“What?” said the girl, as she squinted with a puzzled frown. I felt hot with embarrassment and mumbled my question a couple more times. Finally, understanding dawned on her and the face relaxed. “Oh, you mean Coke?”

Coke? What was that? Never heard of it! But by this time, I was ready to take anything and hoped it would be a beverage. I was not disappointed in that at least.

“That would be a dime,” the waitress smiled sweetly, and I again had no clue what she meant. I held out a dollar, hoping that the charge was smaller, and gratefully accepted the change in return.

My biggest impression of the trip to Washington, DC was of the Lincoln Tunnel and then the New Jersey Turnpike. I had seen nothing like those growing up in Calcutta. I marveled at the roads, the lights and the occasional signs. Finally we reached DC.

By now it was quite late, especially remembering that I started this leg of my journey in late morning in London. But I had to do one last thing. I would have to call my father’s colleague to be picked up from the bus stand. I looked for a pay phone and found a bank of them in cubicles with doors of glass and shiny chrome. I even saw ladies seated and speaking in some of the booths.

Trouble was, when I tried to enter one of the empty booths, the door simply won’t open! I pushed on the right edge, and then on the left. The door remained stubbornly shut. Yet I could see people in some of them. It was eerie and unnerving.

Just as unexpectedly, the solution was revealed to me. A tall lady came in, walked to a booth, and pushed on the door at the shiny chrome spine at its center. Instantly, the glass panes on both sides folded and collapsed on each other, enabling a passage to enter into the cubicle. Voila!

The next morning, my father's friend drove me to the University of Maryland at College Park and dropped me off on the campus amongst a sea of unknown faces. Bewildered, I looked for and found some fellow countrymen. They gave me directions to the apartment of one Bengali graduate student of physics whose name I was given in Calcutta. I walked across the campus with some effort, the 20-kg suitcase in tow, and knocked on the door of this unknown person. His wife opened the door but, the way she is fond of telling me, I brushed her aside and walked right in, as if with blinders on, loudly calling out the name of the gentleman. She teases me about my rudeness to this day, but the lovely couple took me under their wings, and thus began my life as a foreign graduate student in the States.