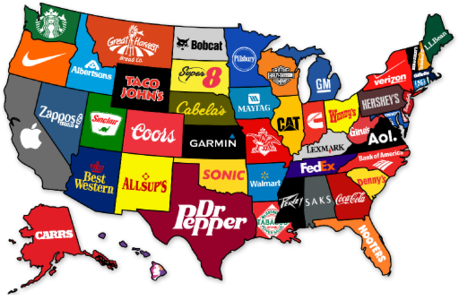 What Happened to USA? Analysis of a Physicist
Basab Dasgupta

What happened to this country – the country that I embraced with great enthusiasm and anticipation as my adopted land many years ago? The country where anyone could rise to the highest level in whatever area they chose by hard work, right education and an honest approach?  The country where one could get a decent secure job after graduating from college? Where people used to say “May I help you?” and really meant it? Where dating meant old-fashioned romance leading to marriage and not a counter for sexual encounters? Where we relied on good old Walter Cronkite for news and views about the world? Where one could rely on neighbors for help in crisis? Where we could all laugh together at the bigotry of Archie Bunker? Where we could trust the plumber and the auto mechanic with our money, not to mention our attorney and dentist? What happened to all the great movies we saw and songs that we sang along? It seems that all of that have disappeared and it is now an entirely different country that I hardly recognize.  How did it all happen?

In my view, the following are those laws.  I do not know why these are true but they are (just like the laws of physics!):

The last one may not be just an American trait, but here there are means to fulfill that.  Just like the entropy of the universe, which always increases according to the second law of thermodynamics, greed for anything only increases once one gets the taste of it.

The first law is valid simply because big corporations carry an enormous amount of clout through their lobbying power, campaign contributions, hiring capabilities, investment options etc.  In that sense we really do not have a true democracy here!  Corporations can “buy” political candidates.

There are several corollaries to “laws” # 2 and 3.  One is high medical cost, mainly due to high malpractice insurance premiums and the trend of hospitals towards more and more sophisticated medical equipment, sold by companies at an exorbitant price without competition (the trend being fueled by fear of legal action arising from not using the latest and greatest care); another is the country’s inability to generate enough capable graduates, especially in technical, medical and economic areas, and hence enhance the need for an influx of immigrants – many of them on temporary visas.  The high administrative cost of our legal system (for all kinds of frivolous lawsuits) also drains budgets of local and state governments.  Finally, there is a mindset that if any activity is legal (or at least, cannot be easily proven to be illegal) then it is an acceptable practice.  There is very little room for “morality”.

Now consider what has happened during the last forty years or so, the period that most of the readers have spent in this country.  Here are the major events in chronological order:

a)    End of the Vietnam War and peace overtures of Nixon/Kissinger to China and Russia which led to the end of the cold war era.

b)    Reagan’s moves to bolster the economy, key ingredients of which were less government spending,  less regulations and lower taxes (the so-called “Reaganomics”).

c)    Progress of the computer technology and advent of the Internet.

Now consider the four fundamental principles I mentioned and the inevitable consequences are easy to understand.  Here were some of the key consequences:

-        Hundreds of thousands of people in Asian countries who were fighting us suddenly became available to work for “peanuts” in order to assemble anything from toys to television sets to automobiles.

-        Managements of big corporations saw an opportunity to increase their profits (and hence stock values, their own compensations, etc.) by shifting manufacturing to low labor-cost countries.

-        PCs at workplace improved the productivity of white-collar and clerical workers by an order of magnitude, thus resulting in the need for fewer workers and further increasing profits for corporations.

-        Although Internet provided a tool for all kinds of conveniences and education, it also brought the stock market and the world of pornography at the user’s fingertips.  The thought of easy money and easy sex gradually turned the younger generation into a lazy group with an obsession for instant gratification.

-        Clinton did three deplorable things during his presidency: a) his free trade agreement with Mexico opened the door for the exit of manufacturing from the country; b) by his Monica Lewinsky affair, he single-handedly brought the moral level of an entire generation several notches down; and c) because of his personal preoccupations he missed an opportunity to kill/capture Osama Bin Laden!

-        The inability of our universities to produce enough qualified graduates for the rapidly changing technical, medical and economic world meant more foreigners filling the void.  Although most of them were very competent in their fields, the ones who came on temporary assignments or as political refugees had no loyalty to the country or society.  They saw the US as a place to exploit and make a fortune.  They did not necessarily violate any laws, but had very little moral or ethical values when it came to things like paying income taxes, running a fair business, giving back to the society, taking advantage of loopholes in the legal system, etc.

-        The 9/11 attack saw the grand finale of financial disasters.  We spent billions and billions of dollars in funding two major wars, financially helping other nations who could cooperate with us in fighting terrorism, monitoring and screening potential security threats and beefing up our security in many areas.

-        Housing bubble was a strange and shocking phenomenon.  It started with a noble goal of making housing affordable for everyone and the very low mortgage interest rate in the post 9/11 period was just the right bait.  With easy money and little or no oversight of the loan process, anyone could buy one or more houses.  The shocking part was what the investment banks did to “rape” the general public in order to make billions.

-        I am not a fan of Obama.  I sympathize with the guy because he took the helm at a very difficult time, but it is obvious that he has a social agenda of transforming US economy into a more European type economy with his “Obama-care” health insurance plan and other “wealth redistribution schemes” through all kinds of social programs and higher taxes etc.  Unfortunately this is the wrong time for that.

One other social development is worth mentioning.  What started as the principle of “equal opportunity” for all races in the job market has gradually expanded into an equal opportunity for all religions, people of all sexual preferences (especially, homosexuals), people of all physical capabilities etc and well beyond the job market into every aspect of our life.  It is really a consequence of the second fundamental “law” I mentioned at the beginning.  It almost seems that if a person cannot live his lifestyle exactly the way he/she would like then someone should be sued.  This “liberation” and “political correctness” is costing us dearly in various political propaganda and balloting, legal actions as well as efforts to make everyone inclusive.

In spite of all these deteriorations I am an optimist.  In my opinion, what is likely to happen is another major technical breakthrough; it could be a new invention in response to our needs like an alternate energy harnessing scheme or something totally unexpected like the Internet.  There are already some predictions about USA becoming energy-independent in another few years through the oil obtained from the abundant supply of oil shales in USA and Canada.  All the brains are here and all the incentives (money, fame) are here; so it is highly likely that if a technical breakthrough happens it will happen here -- for the sake of greed if nothing else.  This new technology can then generate all kinds of jobs and spending, thus boosting the economy.  Unfortunately, it seems that terrorist threats from the Islamic extremists would continue to be a source of instability.  The democracy movements in Egypt and Libya (the so-called “Arab Spring”) were a good sign because such movements could divert the focus of common people in the Middle-Eastern countries from the US being the “Satan” to their own dictators.  If democracy prevails in those countries, it would open up the doors for US corporations to expand their business there.  On the negative side, I do believe that the standard of living of most people in this country would decline, but that is perfectly acceptable.  Who needs three cars, four TVs, designer clothes, a daily dose of alcohol, luxury care for pets, etc.?

I believe that this is an opportune time for us, the "Immigrant Bengalis" to make a difference and significantly contribute to a revitalization of the USA. Although we are part of the American Society, those four laws I mentioned above do not quite apply to us - not yet anyway. We are typically not in high level corporate jobs, we value higher education and spend a lot of money on our children's education, we are not litigious and we believe that patience is a virtue. We can excel in any area of the society and show the others the "right way" to live our lives. Time has now come for us to pay back to our adopted country and show that we are worthy citizens!

Readers interested in commenting on this article should email their remarks to debsmee572@gmail.com or
amitabhanj@gmail.com