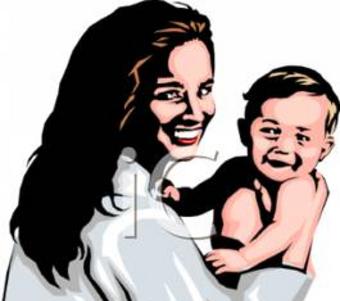 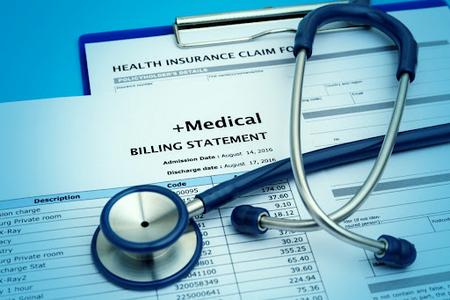 ​​​We stared at the piece of mail with growing dismay, afraid to open it, knowing what it contained. The white envelope assumed a personality of its own, overshadowing the sturdy wooden table, the comfort of the worn couch in the tiny student apartment and the shadow of the pine tree dancing on the floor. Suddenly, the baby’s gurgling distracted me -- he was busy trying to put his big toe in his mouth and addressed it rather sternly as it kept poking his chin instead. I took in the sight completely and bathed in the love of his existence like only a mother can.

It was 6 months ago that we had finally decided that the public health service was not a space where I wanted to have my prenatal care and childbirth and found ourselves at Dr. Blackbird's office. In the tiny town of Picayune which usually lived up to its name, the one gynecologist and obstetrician’s office was not hard to locate either in the yellow pages or on the map. I was filled with guilt!!! I was on a dependent student visa and had no insurance. This private medical service would not be covered by the stunt that the two kind ladies at the health office had pulled for me. Two perfect strangers managed to get my pre- and post-natal and childbirth expenses, covered by the system, claiming that I was put in the situation by an American citizen, albeit to be born!!!  But that expansive gesture would not cover Dr. Blackbird’s fees.

The doctor was tall and elderly. His white beard was neatly trimmed and coupled with his lean frame, did not lend itself to the Santa Clause-like quality that white beards are prone to do.  We explained our financial situation to him, his laser-focus blue eyes parsing every word, while we made our case to pay him in installments. After some thought, he agreed and asked us not to worry. We still did, but the experience of carrying life within me soon put most worries in the back of my mind.

But now, the envelope had to be opened and the payments had to start. There were times when putting food on the table was a struggle and an added payment would strain our daily existence to the breaking point. The easy way out was to write home, but my self-respect would not allow me to take that course. My father already took every excuse he could find to send me money in the guise of gifts for every occasion, real or made-up, and I finally had to ask him to stop and save the gifts for the day I met him next.

With some resolve, the new father picked up the envelope. I must've stopped breathing as he stared at the bill, for when he smiled incredulously and said $1500 was what we owed, the sudden rush of oxygen swooping in made me dizzy. This stranger had only charged us for a few ultrasounds which he could not write off but had completely written off every other fee and expense!!! It further stated we could pay the amount over a year.  I was overwhelmed with a deepening sense of gratitude and made it a point to write to him, thanking him profusely for his kindness and incredible generosity. In the warped stories of American self-centeredness that haphazardly rears its head in conversations in India, such anecdotes of everyday kindness never make the cut.

And then, 18 years after that moment, a young man and his mother searched in vain for the Doctor’s office, only to be told that he had passed away, and no known family remained in the small town. My first hometown in this country 26 years ago where I birthed my first child, Picayune had risen well above its name, to hold a precious forever place in our family’s memory.