Truth and Consequence on a Chicago Afternoon
Amitabha Bagchi

This is a story of me trying to teach driving to a good friend of mine, Mr. Truthful, on an unforgettable afternoon in the 1970’s Chicago.

In the fall of 1971, I joined the University of Chicago as a post-doctoral fellow. I was young, single, and earning a decent salary for just about the first time in my life. Small wonder I hung out with friends who were single -- going with them to restaurants, bars and the like (from Greek town to Old town, from downtown up north along Clark Street to Evanston). Most of my friends were senior graduate students about to receive their degrees. They formed an eclectic group: Americans, Indians and foreign students from assorted countries.

But there was also another group I befriended for unabashedly selfish reasons – married Bengali students of roughly my own age. My interest was in periodically eating a delicious Bengali meal of bhaat, daal and maachh (rice, lentils and fish curry). In return, I would give them rides in my new Mustang -- for shopping, dining out or movie shows -- because they did not have cars of their own.

One such friend was Mr. Truthful. After a while, he decided to be more mobile by buying a car. So he got a learner’s permit, bought a VW beetle (an inexpensive automobile but with manual transmission). For three weeks, he hired an undergraduate student who had a driving license at $2/hour, and started to learn driving in the evening. (The law prohibited him from driving with a learner’s permit without being accompanied by a licensed driver). After that, he asked for my help to get some more experience to prepare himself to take the driving test and I was happy to oblige, especially in view of his wife’s rice-lentil-fish dinner that would be sure to follow.

One spring afternoon, my friend and I started off from the University of Chicago area for him to practice driving a stick-shift car. Remembering my own novitiate’s trouble with a VW beetle some years earlier in San Diego, I decided to try roads with relatively light traffic. He was driving quite well. Then we decided to drive south along Stony Island Avenue (a road with moderate traffic).  The speed limit was 40 miles per hour, and Mr. Truthful was driving ~ 35 miles /hour. He was driving quite well.  After driving for a few minutes on Stony Island Avenue, we decided to take a right turn onto the approaching South Chicago Avenue. Later we found out this turn was quite sharp and tricky, about a 120 degrees right turn.  The traffic light was green, and my friend began taking the right turn smooth and easy. But in no time, the turn became endless. In the twinkle of an eye, before I had time to react, the VW went on the sidewalk, hit a solid pole with a bus stop sign which (mercifully) dropped like ninepins, and came to a  complete stop just before hitting a wire mesh fence. When I recovered from my shock, I found that my friend was relatively unfazed but totally unsure of what to do. We soon recovered our composure and switched seats. The first task for me was to extricate the car. The engine was unharmed, but I could not drive in reverse over the sign. Thankfully, I could drive forward over the fallen street-sign, going sideways without touching the fence, and gently slide the car onto the pavement from the sidewalk. Then we took a deep breath and pondered the situation.

No one was visible on the street. It did not appear that anyone had seen what had happened. But, just as I was contemplating a hasty escape, a gentleman in suit and tie walked toward us.

“Are you all right?” he asked solicitously. We told him we were, explained what had transpired, and indicated that we were about to depart from the scene.

“But what about my fence?” he asked, a little sternly this time. We looked out and saw, for the first time perhaps, that the fence was for a large parking lot of used and maybe new cars. The gentleman in suit was an attendant in the booth for the car dealership. We all looked at the fence, and to our good fortune, the car stopped just before touching the fence. The solid pole with bus stop sign was completely knocked down on the ground, and brought the car to a complete halt just before hitting the fence. The attending went back to his booth, knowing that his property was not damaged.

We waited there for about fifteen minutes to flag down a police car, but none was in sight. At this point, I was slightly hungry and began to give my friend questionable advice. “Let’s go home and forget about the whole thing,” I said.

“What if someone has seen the accident and decides to report us?” he frowned doubtfully. The booth attendant had clearly seen us.

“Look,” I told him. “The area where the accident happened is a ghetto, where the people view the police as an occupying force. They are not likely to report anything to their oppressors, so to speak.” We were only a few years away from the Chicago riots of 1968. There were areas in the city where my white American room-mate felt uncomfortable getting out of the car at night to buy gas. At this point, my friend reluctantly agreed to go back to the department, and I drove us back to the university parking place near our offices.

After about half an hour, Mr. Truthful came to my office and told me that he had called the Hyde Park Police Department to report the accident, and the police department told him to wait on the sidewalk in front of our building.  He asked me to accompany him when he would talk to the police, and I gladly obliged. (In the past half-an-hour, Mr. truthful called the city office to find out how much it would cost to replace a pole with a bus stop sign. Their first question was “Why do you want to know?” Mr. Thruthful told them he by accident had knocked down one while taking a right turn. The lady replied, “So what” and hung up.)

Pretty soon two young white policemen appeared. They were about our age, not too many years out of college. “What happened?” they wanted to know, and listened to our story.

Once they got the drift, their reaction left us with our mouths open. “You went to that area? When we go there, we should carry a gallon jar of sickle-cell anemia with a sprayer.” One of the cops mimicked the action of spraying from a large container.

I let out a nervous laugh, trying to hide my discomfort at the appalling comment. Didn’t protest, though. Can’t claim it was a moment of sterling moral rectitude for me. At any rate, the conversation moved to the issue at hand. “If the accident happened so far south, that area is out of our jurisdiction.” the policemen told. Then they said, “What are you guys doing here?  You have to go back to the scene of the accident, and call the cops from there.”

We dutifully went back to the accident scene. The gentleman with suit and tie was gone. We waited for a while; no police car came. I tried again to be Lucifer to Mr. Truthful’s Faust, whispering in his ear that we could finally bolt the scene. He was unmoved in his determination to stick it to the end and fess up to the cops.

Finally, we saw a squad car at the intersection where it all started. We ran as fast as we could to flag it down and brought the car with its two policemen to the fence and the upturned street sign. For the umpteenth time, my friend narrated what had happened.

The cops were friendly but confused. “What should we cite you for?” they mumbled half to themselves. “Driving on the sidewalk? Reckless driving? Damaging city property?” After some deliberation, they gave him two tickets, one for taking a turn in a complicated intersection at excessive speed, and the other for the damage to city property. They told my friend that he has to appear in court and would get a letter for the date and time, and drove away.

Dusk dissolved into evening darkness before I finally had my rice-lentil-fish dinner.

Mr. Truthful came to me a few weeks later. “I have a letter to appear at the Cook County traffic court. Will you come with me?” I readily consented. Just had to see the episode to the very end.

When my friend’s turn came to go before the judge, I stayed back. Although I could not hear what was being said at a distance, I could imagine my friend once again explaining his “the accident and how it happend" to the judge. The policeman next to him could corroborate nothing, of course. He was nowhere on the scene at the time of the accident. (Later Mr. Truthful told me that Judge asked for his driving license, and he showed his learners permit).

The Judge looked at the policeman and asked him

The policeman said, “No sir, he called us and reported the accident””

“Do you have any witness?” The judge asked the policeman.

“No’, said the policeman.

“He had a friend with him,” added the policeman.

Then the Judge turned to Mr. Truthful and asked “Is your friend here?”

“Yes,” said my friend, pointing to me. The judge motioned for me to come to the front.

“Do you wish to testify against your friend?” asked the judge.

“No, sir,” I replied, and wished to kick myself for not adding a more unctuous “Your Honor” or something approximating that.

Then the Judge looked at the policeman and said

“So you have no witness”.

“The case is dismissed due to lack of evidence.” The judge bought down the gavel on the table.

Once outside, I pointed out to Mr. Truthful that he owed me another dinner.

​Comments received from Rahul R. on December 9, 2016: "All for a dinner of bhaat, machher jhol and goat curry, and possibly chutney!   Hah, hah.  We all have various car stories, some hair raising, some average.  Enjoyed."

​Comments received from Debu M. on December 13, 2016: "All these three articles (posted on Dec 1, 2016) are fascinating... Thank you for your efforts in bringing out the enthusiasm among the Bengalis here to write about their experiences."

​Comments received from Pronoy C. on December 10, 2016: "Enjoyed reading all three (articles posted on Dec 1, 2016). Liked tAmitabha's story very much, particularly the way he described the events. Congratulations to you and Amitabha for pursuing this effort." 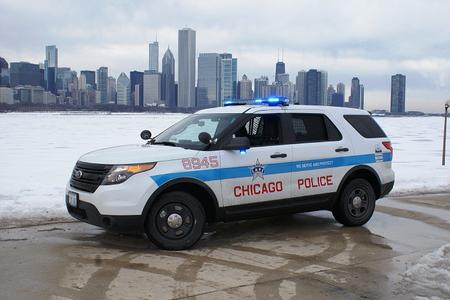