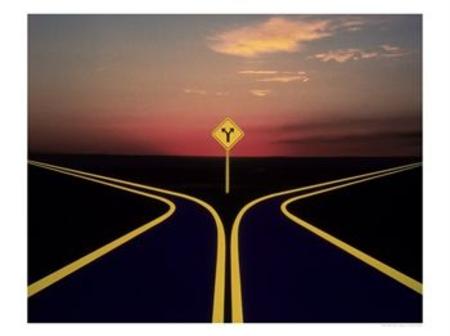 Some years ago, my local newspaper, the Asbury Park Press, ran a series called “Turning Point.” It solicited and printed contributions fromreaders describing events that truly changed the direction of their lives. The underlying assumption, reasonably enough, was that most people experience at least one situation in life where the outcome goes to alter their life’s trajectory. And the description of that event would have broad appeal for the readers.

The series made me think of one such turning point in my life that arose in San Diego in the summer of 1970.

In late spring of 1970, I completed and successfully defended my PhD  thesis at UC San Diego. After five years as a graduate student in the US, my life was about to undergo a phase change; I was leaving the comfort zone of studentship and entering the wider adult world.  With my professor’s help, I got a post-doctoral research position at the University of Illinois in Champaign-Urbana. I accepted the job offer, but decided to join only after visiting my family in India and spending a month there. (After all, I had not seen my parents in the preceding five years.) The ticket price was steep – the 21-120 day excursion fare to India was still a concept for the future – and I had to borrow money from friends to purchase my round-trip ticket. With that in hand, I decided to go to the Immigration and Naturalization Service (INS) office in San Diego to straighten out my visa situation.

Graduate students like me are typically given the F-1 visa. When I came to the US in 1965, the laws of the country made it very difficult for people of Asian origin to immigrate. So many of my predecessors (i.e., Indian graduate students), after getting their doctorates, took employment through an 18-month extension of their F-1 status under the rubric of “practical traineeship.” That was precisely the status I was seeking when I went to the INS office. I was minimally aware of the Immigration and Nationality Act of 1965 (enacted in 1968) that did away with the national origins quota system and replaced it with a skills- and family relationship-based preference system for immigration, thus opening the door for the influx of highly qualified immigrants from India. That for me would have been a double-edged sword; taking advantage of the law would have put me in the bulls-eye for the selective service draft and lottery to serve in the then-raging Vietnam War.

I got a nice reception at the INS office. When I explained the purpose of my visit, the person handling my case seemed unenthusiastic about practical traineeship and instead asked me point blank, “Would you like to immigrate?”

I was wholly unprepared for this line of questioning. I mumbled something like I hadn’t made up my mind when he emphatically made a statement that led to a turning point in my life: “The time to decide is NOW.”

A slew of thoughts raced through my head. Should I say NO? In which case, permanent residency in this country might be forever closed to me. Should I say YES? In that case, if I applied immediately, I would be obliged to stay in the US until the process is completed. I would have to say bye-bye to my plan of visiting India and seeing my family!

Figuring that the best choice for me would be to keep all options open and available, I answered in the affirmative to the original question.

In no time the gentleman pulled out a sheaf of papers. “Let’s get you started with the application.”

At this time, I was in a state of absolute panic. The ticket to India had been bought and paid for. My parents were expecting me in August. How could I start an application process, howsoever tempting, that would disappoint my parents and (even worse) result in a potentially large financial loss? I was after all a graduate student, living in discreet poverty.

Emergency situations can bring out the best in us. I do not recall how I did it, but I sweet-talked my way out of turning in my permanent residency application then and there, and came out with the application form and the promise of filling it out and mailing it back without delay.

What I actually did without delay, once I got back to La Jolla, was to make a beeline to the Foreign Student Office. The Foreign Student Advisor, a gentleman I had known for quite a while, listened sympathetically to the description of my predicament. He was also helpful in my carrying out an alternative plan.

My argument to him, in a nutshell, was this. Since the UCSD Commencement Ceremony would not be held till fall, I was without my degree document and hence technically a graduate student. Could he please issue me an I-20 form (meant for students) so that I could return as a student on a new F-1 visa, go to Illinois for my job at the university, and then make things orderly and copacetic?

To my relief, the gentleman was agreeable to my plan. I got my I-20 form and, fearing snags and snafus in India, drove to Tijuana -- without proper Mexican papers (those being the days!) – and spent a good part of the day at the US Consulate to get a multiple-entry student visa. (I had to leave the country to apply for a visa and Mexico was close by. I needed a multiple entry visa to ensure my return from both Mexico and India.) Thankfully, border security did not challenge me in either direction.

I went to India all right but had some trepidation about my return. Would the immigration officer at Chicago, my US port of entry, challenge me as to why a student destined for San Diego was entering the country at O’Hare? My excitement about flying in my first 747 was tempered by that concern as I practiced imaginary dialogues with a suspicious immigration officer. Much to my relief, however, the immigration guy waved me in without questioning.

Shortly after reaching Champaign-Urbana, I went to the Foreign Student Office at U of I. The Foreign Student Advisor blanched when he heard my story and saw my papers: a student at a California university doing professional work (instead of studying) in Illinois. My visa status was ambiguous, to put in mildly. He told me to “regularize” my situation without delay. I heeded his advice, formally applied for permanent residency, and the rest, as they say, is history.


NOTE: Readers interested in commenting on this article should send their remarks to debsmee572@gmail.com or amitabhanj@gmail.com.

Comments received on Dec 1 from PB:

"Dear Amitabha,  “Turning Point” is  a very nice article. In fact, all of us must have faced situations like this in our lives. Perhaps, others will be willing to write about similar turning point incidents. I have one in mind. If I can gather enough courage to write it up, I will definitely send it to you. ...Also, why not publish the pictures of the authors too?"