There will be a surprise for us if we visit Denis’s parent’s farm in Wyoming! said Victor

What’s that?  I asked

Well, I am not sure, replied Victor

But do you want to go with us or not this weekend?

Who could resist the temptation of a surprise, along with a visit to the winter wonderland of Wyoming in the month of January?  By early January, a few feet of snow covered the ground in Fort Collins.  Watching the local TV news, I gathered that it had snowed about the same amount in the neighboring state of Wyoming. At that time, I was a graduate student at Colorado State University in Fort Collins.  Victor, who was originally from Mumbai, went to college with me in Kharagpur.  Both of us received assistantships to go to graduate school at Colorado State.  We left our beloved motherland in the month of August during the year that we had graduated from college.

In those days at Colorado State University, the Director of Foreign Students Office arranged for each foreign student to have a host family.  Victor’s host family consisted of only a young ardent Christian named Denis.  His parents owned a large farm near Cheyenne in Wyoming, which was about an hour’s drive from Fort Collins. Colorado.  Victor told me that Denis’s parents planted crops in summer in their farmland; they also kept some livestock in their farm.  Up until that point, I had never visited am American farm.  Denis had asked Victor whether I would like to visit his parent’s farm over that January weekend with Victor, and I readily accepted his invitation.

I used to stay in an apartment building for graduate students, owned by the University, within the campus.  I had a corner room in a third-floor apartment, which I shared with another Egyptian graduate student.  From the windows of our living room, we could see the snow-capped peaks (?) of the Rocky Mountains.

Our apartment building was located across a dorm for undergraduate students on a narrow road.  During that winter break, I noticed that most of the undergraduate students had left the dorm to visit their families.  The area looked desolate without the lively bunch of undergraduates.  It felt lonely; never before had I stayed so far away from my family during a vacation period.  I made very few international phone calls back home, because it was then an expensive proposition.  Thus, I did not think twice to take up on Denis’ invitation to visit his parent’s farm with Victor over the first weekend in January.

Denis came to pick us up late in the afternoon on Friday of that weekend in his blue Toyota Celica.  It took us about an hour to drive from Fort Collins, Colorado to Cheyenne, Wyoming, which was just across the border from Colorado.  We felt the onslaught of the chilly winter winds as we stopped at a rest station.  Near Cheyenne, Dennis took an exit from the Interstate for a country road to his parent’s home.  Mounds of solid snow were piled on both sides of this road, but the road itself was drivable.  We reached our destination just before dinner.  The host and hostess, Mr. and Mrs. Roger, were very gracious and served us a sumptuous dinner.  After dinner, we watched some TV and then retired for the night in the guest room.  Mr. Roger still did not reveal our surprise for the next day.  He would only say,

We will have some fun tomorrow morning!

On Saturday morning, we woke up bright and early to have a hearty, country-style breakfast with Denis and his parents – made up of scrambled egg, hash brown, bacon and toast.  Mr. Roger told us,

Dress up in layers of clothing to have some fun outside.

So, I wore a pullover under my thick parka, put on my gloves, and I was all set to go outside.  I still could not figure out what could be our delightful surprise.

Victor, Denis, his dad and I, we all then went out of their cozy home to face the bone-chilling cold weather outside.  I could see a rather large garage at one corner of the house.  We walked on a narrow brick-lined pathway, from which snow had been cleared off.

What could it be?  I was thinking.

Lo and behold, in front of me, inside the garage, were two shiny red and black-colored snowmobiles!  A snowmobile was somewhat like a motorcycle, with a chain as its wheels, and with a pair of skis on its two sides.  I gazed at those resplendent snowmobiles with sheer amazement.  Looking at my awe-struck face, Denis said:

We will ride those mobiles to the other end of the farm to check on our livestock!

We will ride those snowmobiles?  I asked with a tone of amazement in my voice.

He asked Victor to share the ride with Denis on one of the snowmobiles, and asked me to come along with him on the other. He then got up on the other mobile.  Obligingly I followed him with trepidation in my heart.  Mr. Roger then started his mobile; I sat behind him, as we sped away from the entrance of the garage into the snowy field.  Dennis followed after him with Victor in tow.

Have you ever ridden on a snowmobile? Asked Mr. Roger

Then hold on tightly to me! He exclaimed.

I gripped my arms around Mr. Roger tightly, being afraid that I might fall off the fast-moving snowmobile.  But nothing like that ever happened!  We did a few rounds through the snow- covered field at high speed, just to get our adrenalin pumping! At that high speed, I could feel the chilly winter wind almost penetrating my thick layers of clothing.

The snow mobile whizzed past the thick snow-covered ground at breakneck speed.  The snowy field stretched to the horizon.  The sky was covered with gray wintry clouds, with no sun in sight.  It seemed like at any moment a light snow shower would come down.  I could sense the smell of the raw snow in the air, as the snow kicked up by the moving snowmobile dusted us at that high speed.  Although initially the ride was scary, after a few rounds in the snow, the experience of riding that snowmobile felt exhilarating to me!  I thought Mr. Roger was a fun-loving sportsman, who knew how to enjoy driving a fast-moving snowmobile. Could I have ever imagined such a scary, but ultimately enjoyable, ride while I was a student?

After doing a few rounds in the snowy field, we finally reached the barn at the other end of Mr. Roger’s property.  We got down from our snowmobiles and walked inside the barn.  Mr. Roger had several cows and horses.  He wanted to check that he had sufficient hay stock for their feeding.  After due diligence, Mr. Rogers and Denis got back on their snowmobiles, with myself and Victor as passengers.  We then retune to their garage, riding the mobiles at high speed. Mr. Roger asked me:

Did you enjoy the ride?

Yes, very much so.  Thanks!

Now that was an exhilarating experience for a young, run-of-the-mill Bengali graduate student from Kolkata!

Little did I know that in about a year’s time, I would have another out-of-the-world experience: this time to get a bird’s eye view of another farm in Colorado.  John Wright was a post-doctoral fellow in my Professor’s lab at Colorado State University.  His dad and mom lived in a farm in Longmont, Colorado.  During the second fall season of my stay in Colorado, one Friday John asked me:

Will you like to visit my parent’s farm this weekend?

Being a single graduate student, I did not have much to do over the weekends, except to spend some time in the lab and to have beer-drinking sessions with fellow Indian graduate students on Saturday nights.  So, I readily agreed to his invitation.  John came to pick me up in his Ford pick-up truck at about 9 AM on Saturday.  We drove on a county road to Longmont.  It was a sunny day, with a hint of cold in the weather.  The leaves on the sides of the road were all aglow in bright red and orange at that time.  Bob Wright’s farm was a few miles away from the town.  As I had expected, Bob’s farm was located on a sprawling area, spreading out in all directions.  We had a sumptuous lunch prepared by John’s mom.  Then Bob said:

We will go check out our livestock.

Now I did not know what to expect – there was no snow on the ground.  So, it could not be like Mr. Roger riding on his snowmobile.  Could it be that we would ride on horses to check out their livestock?  What could it be?

Who knew there was a major surprise waiting for me here in this farm too?  We walked out of Bob’s house to a big shed next to their house.  Inside, in front of me, was a Cessna light airplane.  Bob was going to take it for a spin in the air, over his property, with John and myself as passengers!

We got up on this small plane with the help of a ladder and Bob took his seat at the helm as the pilot.  Apparently, he was a skilled amateur pilot. Out in the field, the plane picked up speed, and then within a minute or so it was air-borne! The plane flew at a reasonably high speed a few hundred feet above the ground towards the end of his property, where most of his livestock grazed.  We left Bob’s house far behind, and the few trees down below in the field dwarfed in size, as we flew over them.

Bob lowered his plane towards the field to take a close look at his livestock.  To me that situation was just out of the movies!  While a student in India, I had seen the Gene Wilder-starring comedy-thriller movie “Silver Streak” – where there was a scene in which a lady pilot would scoop down with her two-seater plane over a flock of farm animals – with a scared Gene Wilder as her passenger!  Bob took a quick count of his livestock, and then went back up in the air. Over the constant hum of the boisterous engine, John yelled at me:

Bob then decided it was time to go back to his ranch and landed the plane slowly and safely near his house.  He then asked me:

Did you enjoy the ride?

That was another adrenalin-pumping experience for me, considering the fact that the only airplane on which I had been that far in my life was the jet to come to USA. These two events that I have narrated here opened my eyes to completely different lifestyles of some people, who had fun by experiencing life at high speed!

Note: Readers interested in commenting on this article should email their remarks to debsmee572@gmail.com or
amitabhanj@gmail.com.

Unexpected Surprises Out West for a New Grad Student 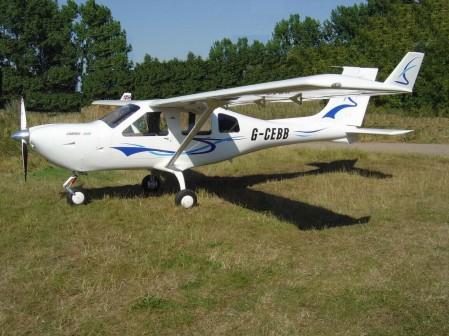 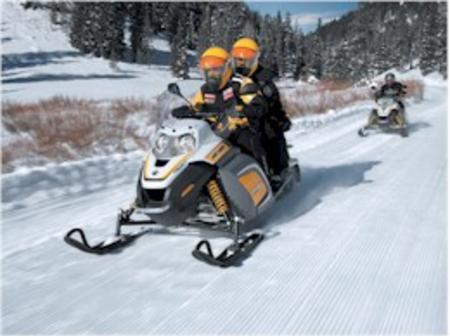