My Encounter with the “Unknown Indian”
Amitabha Bagchi 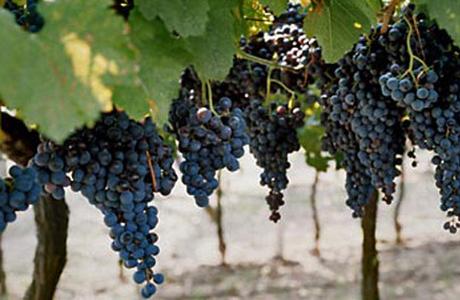 It was on a clear and crisp fall morning almost exactly forty years ago that a friend and I went to meet Mr. Nirad C. Chaudhuri – the “Unknown Indian” of the Autobiography fame – at his temporary residence in an apartment of a high-rise lakefront building on the south side of Chicago.

I stepped into the apartment a starry-eyed acolyte of the author. Before I left India, I had read the serialization of “The Continent of Circe” in a Calcutta newspaper and was blown away by Mr. Chaudhuri’s fervid imagination. He sought to explain many arcane Hindu customs and traditions – our reverence for rivers and cattle, for example – with reference to the Aryans’ migration from Central Asia. Cattle, he reasoned, were brought to India from outside, and their survival was uncertain in the intense heat of the Indian plains. Cow worship was a clever means to ensure the survival of the species. Absent a competing theory, I accepted the author’s premise and marveled at his mind’s brilliance.

Later in the United States, I read “The Autobiography of an Unknown Indian” and was similarly overwhelmed by its scope and the author’s erudition. I was particularly intrigued by Mr. Chaudhuri’s sweeping deconstruction of Indian history. He saw it as long periods of social decadence and cultural dreariness intermittently punctuated by extraordinary bursts of creativity in art and culture brought about by contact with foreign invaders – Aryans, Muslims and Europeans. I was skeptical of his persistent attempt to describe everything that we respect and value about India as being imported from outside (and possibly traceable to Europe). Nevertheless, and with evident pomposity, I wrote to my father that “the iconoclast in me reveled” in Mr. Chaudhuri’s assault on the glittering image of Mother India on a pedestal. My father replied tersely that my hero could construct grand theories but evinced “not a speck of self-criticism.”

Small wonder then that, given this background, I would be eager to meet Mr. Chaudhuri when he came to the States to deliver a series of lectures at the invitation of the University of Chicago. I saw him a few times from a distance – a small, frail-looking man with jaunty steps walking the grounds of the university’s campus in Hyde Park. But I had to depend on my friend to get an invitation to go visit him that morning.

Much to my dismay, our meeting started on an awkward note. The venerable gentleman seemed in no mood for a real conversation with two unknown young Bengalis. Instead he quickly launched on a lecture. “I can never live far from a body of water,” he averred, pointing through a large window at the vast expanse of Lake Michigan with a wide sweep of his hand. The tragedy of Indian Bengal, in his view, was the loss of the flood-prone, water-logged eastern part to Pakistan (now Bangladesh) at the time of Partition. Then he startled me with the statement: “All great short stories of Tagore are based on water.”

The image of Kadambini drowning in the family pond momentarily flashed through my mind. But it was immediately replaced by a counter-example; and the smart aleck in me could not resist the rejoinder, “What about Kabuliwallah?”

“You keep quiet!” said the gentleman sternly, and the acolyte in me got a rude jolt. I had grown up imagining that a quick repartee was the soul of wit, and here was my hero admonishing me for it. He reminded me then of my grandfather – who, I knew, was about the same age as Mr. Chaudhuri – upbraiding his uppity grandchild. What horrors!

I kept quiet for a while, listening to the gentleman waxing nostalgic about his old home in Delhi, which was apparently protected by worshipful young men of the neighborhood. Then he launched on his art collection, especially paintings. He was proud of the way he could show off a Rembrandt bathed in the soft glow of a lamp mounted overhead for that very purpose. He was clearly basking in the glow of self-satisfaction.

I tried to speak up at this point but found it hard to get in a word edgewise. True, I knew little of Western art when in India, but I had a decent exposure to it through friends who would take me to the Art Institute of Chicago. There I learnt to differentiate between Monet and Manet, and appreciate the charm of Renoir and the pointillism of Seurat. But Mr. Chaudhuri was dismissive of the Art Institute, feeling perhaps that it couldn’t hold a candle to the British Museum or the Louvre. He ignored my attempt at small talk on the interplay of light and shadow in Rembrandt. Frustrated, I blurted out that art collectors pay an exorbitant and unreasonable amount of money for paintings.

“Don’t make a virtue of your poverty!” snapped the old man. I was stunned as well as wounded. I never anticipated and could hardly believe in the ferocity of his response.

For the next hour or so, I largely kept quiet as Mr. Chaudhuri declaimed on a variety of topics. I do not remember much, except for the comments about his sartorial preference. He apparently had his suits always tailored in England, most notably at Brooks Brothers. He did not think highly of the tailoring skill in America. My friend made a feeble protest that Brooks Brothers had a shop in Chicago too, but the gentleman was unpersuaded and unmoved in his views. I did not quite understand how tailoring ability could decline by a company’s move across the Atlantic.

After about an hour, it was time for Mr. Chaudhuri to get a suitable wine to go with the dessert his wife was making. I perked up at this thought, as I was lately exploring and getting a tad knowledgeable about wines. I promptly offered to give him a ride to the largest wine and liquor store I knew of in our part of Chicago.

On our way to the store, Mr.Chaudhuri gave us a lecture on the wine-making process and various other aspects of the vintner’s trade. Finally he opined that he preferred French wines and did not much care for their California counterparts. With youthful audacity and matching indiscretion, I decided to challenge the logic of his preference.

“Why, the California grapes were brought from France for planting,” I began, trying to show off my (admittedly limited) knowledge. The names of California wines hark back to that origin – Pinot Noir, Chardonnay, and so forth. Mr. Chaudhuri scoffed. “I have heard that said a million times,” he said, suggesting that he gave scant weight to my point.

Undeterred, I persisted some more. “Once, when blight destroyed much of the grape crop in France, the California varietals were re-transplanted in their country of origin.” I tried to look not too smug. Mr. Chaudhuri grimaced disdainfully. I could not figure out if he disbelieved my story or thought it wasn’t worth a whole lot of beans.

Desperate to impress my one-time hero, I took a fateful plunge: “I too like French wine!”

“What kind?” the gentleman demanded, and I grew sweaty and nervous. My graduate student friends and I, steeped in genteel poverty, could really sample the lower-cost and lower-rung French and Spanish reds. I didn’t believe any of them would pass muster with the wizened gentleman traveling with me. I recalled a friend’s father, a physician, once mention Medoc as a good name in French wine. That offered me an escape route. “Medoc,” I stammered.

“Which Chateau?” The question was instant as my grilling continued. This time I felt hopelessly cornered. The no-name chateaus I was familiar with would only arouse Mr. Chaudhuri’s contempt. I was sure of that. There was one brand I knew that seemed a little better in class than the rest. So I took a chance. “Chateau La Tour!”

For reasons I did not understand then, the gentleman’s face fell and he became quiet. I was, however, seething inside. I needed supreme self-control not to rough him up in the wine store, where he ended up buying a bottle of Sauterne.

Our remaining time together was less eventful. We were invited to taste Mrs. Chaudhuri’s dessert and drink a glass of Sauterne (which was far too sweet for me). But before my friend and I left the apartment, we were treated to a final lecture-demonstration of wine-tasting – complete with stir, bouquet and aftertaste.It was later that I learnt that I had inadvertently hit a home run with Mr. Chaudhuri without even knowing it. When I said Chateau La Tour, my interlocutor thought I was referring to Medoc from the esteemed Chateau Latour, one of a handful of Premier Grand Cru Classe of Bordeaux vineyards. Truth be told, we were then not well-heeled enough to either know about the estate or buy and drink its produce. What I had in mind was Haut Medoc from the far lower-ranked Chateau La Tour (Carnet). Without realizing it, I had ascended several notches in Mr. Chaudhuri’s estimation.
When we were taking our leave, Mr. Chaudhuri said with evident pride that he was maybe fifty years old when he first drank wine and maybe sixty years old when he had his first cellar. (I cannot remember the exact years.) Wholly disillusioned by now, I stared at my hero in utter disbelief. I could see that the difference between us -- two middle-class Bengalis domiciled in the West -- was a matter of only a few years. I had left India at a younger age, and could make a similar statement to Mr. Chaudhuri's, but with some twenty-five years lopped off from the specific ages mentioned by him. And attaining those "markers" in life meant absolutely nothing to me. I was deeply saddened by the fall of my hero, but cannot say that "the iconoclast in me" reveled as his once lofty image lay in a shambles.

Editor's Note: This article was published in the January 2013 issue of Ananda Sangbad (Ananda Mandir, Somerset, NJ) and is reprinted here with permission from the editor-in-chief of Ananda Sangbad.