Long gone are the days of iron lungs and quarantined children waiting to come down with a serious childhood illness contracted from a sibling or neighbor. Those days are long gone because of vaccines. But what happens when you don’t have a critical mass of healthy individuals vaccinated in order to protect those with weakened immune systems? The answer is vaccine-preventable disease (VPD) epidemics and outbreaks.

I began working at the Immunization Program in 2013. That year, we were settling back from a pertussis epidemic in 2010 that had claimed the lives of four infants in Los Angeles County (LAC). I had suspected the upsurge in 2010 was due to lower vaccination rates in the wake of the now-debunked 1998 Andrew Wakefield study purporting a link between vaccination and autism. However, the 2010 epidemic paled in comparison to what we began to experience. In 2013, we received 610 pertussis reports throughout the course of the entire year. That number rose over four-fold to 2,671 reports in 2014. Each report required that we review a patient’s symptoms to see if minimum case criteria are met. If met, the case would be forwarded to a public health nurse to follow up and further manage. Though pertussis impacted people of all ages, we did observe an increase in school outbreaks fueled by extracurricular activities.

The year 2014 also began with a large-scale varicella outbreak in a school where 50% of students were unvaccinated. The school espoused a philosophy that many parents used as justification to not vaccinate their children. As a surveillance analyst, I collected information on the school, the cases, the vaccination rate and the high-risk contacts. Since the health district worked directly with the school and the parents, my role was to provide guidance and monitor the outbreak. It took the collaborative efforts of the Immunization Program, Community Health Services, the school, and the parents to successfully contain the outbreak.  A major challenge encountered during this collaborative effort was a preference among many of the parents for their children to develop natural immunity brought on by varicella infection rather than vaccine-derived immunity. This difference of opinion led to the outbreak continuing for four months!

As 2014 wound down, we suddenly began receiving an onslaught of measles reports. Upon interviewing the patients, we realized that they had all been to Disneyland during the same time period, and we could thus determine that Disneyland was the common site of exposure. After that, transmission continued and it became less clear how people got ill, though many developed measles after being exposed in healthcare settings. Unlike the varicella outbreak, which was contained in a small community with certain philosophical beliefs, the measles outbreak impacted people all over the county, surrounding counties, surrounding states, and surrounding countries. And though measles and varicella are very infectious, both with attack rates around 90% according to the CDC, measles can linger in the air for at least two hours after an infectious person leaves the area. To notify people of possible exposure, we collaborated with hospital infection control teams, neighboring health departments, employers, local businesses, the media, providers, patients, and district public health staff.

When the measles outbreak finally ended in 2015, following months and months of intense cross-jurisdictional investigations, we thought we might have a moment to breathe. We had no idea what was waiting for us next – an era of endless outbreaks from which we have not yet emerged. The new norm is continuous outbreaks affecting various communities, facilities, age-groups, and income levels. In 2016, a wealthy school in the West Los Angeles had a varicella outbreak that fueled controversy from vaccine-hesitant parents. Later that year, we had another large-scale measles outbreak – this one among a cultural community in West and Central Los Angeles, a number of whom were unvaccinated. We were aggressive in our response and the community was relatively self-contained, so this particular outbreak ended by March 2017. Contrast that with a mumps outbreak that began in January of 2017 and is continuing to this day. The population most affected by this outbreak is men who have sex with men in West Hollywood. We were able to identify community partners and disseminate medical information to help slow down the transmission of mumps in the community. Finally, we had another varicella outbreak in a high-profile school in the Spring of 2017.

Social groups seem to play a major role in both disease transmission and prevention. VPDs can easily circulate among members of a particular community at various settings, including parties, religious gatherings, and holiday celebrations. However, once the community comes to understand that it is being impacted by a particular disease, community leaders and members often rally together to help spread the word and prevent further transmission. In many cases, these community-based partners are our best allies in outbreak control efforts. Another common element of disease transmission across our outbreaks and reports has been low levels of vaccine coverage. But though myths and inaccurate portrayals of vaccines persist, as demonstrated in the 2016 documentary film Vaxxed, there does appear to be some awareness of the damaging effects to the community from not vaccinating children. Even discredited researcher Andrew Wakefield states in the film that he is not anti-vaccine, and that without vaccines, “we would go back into the Dark Ages.”

We all need to continue to work together so we never return to a time when children became deaf from mumps, broke ribs from whooping cough, and became paralyzed from polio. The IP surveillance unit does its part by educating patients, parents, community leaders, community groups, providers and provider groups about the ongoing transmission of VPDs in LAC, the critical role of vaccination in curbing current and future outbreaks, and the societal role of vaccination in protecting vulnerable populations. We maintain regular communication with our local, state and federal partners. We train our district public health nurses on best practices related to VPD investigations, we train providers on best practices related to VPD diagnosis and treatment, we train school health personnel on best practices related to infection control in schools, we train infection control practitioners on best practices related to infection control in hospitals, and we develop educational materials for community groups, patients, parents and the public in general. While it takes a village to create epidemics and outbreaks, it also takes a village to curtail and prevent them. It is not too late.

[Author's Note:I was born in the USA of parents who immigrated from West Bengal, India. My interest in public health and vaccines has been greatly shaped by my trips to India and observing the ravages caused by preventable diseases like polio and cholera, and curable diseases like leprosy.] 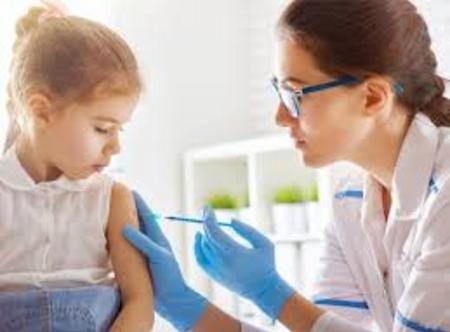