Maybe that's why, being a young naive mother, I didn't object when my son Neil's school principal suggested he should skip a grade. It was the late nineteen seventies. Neil was already the youngest in his class because of his birth date. He attended Catholic grade school in Aurora, IL. He didn't have a problem to keep up his grades in the class and he managed to receive high marks in the class all through to his graduation.

The problem I faced occurred when Neil attended high school, a Military Academy, which was a Catholic school.

I was worried; I thought he must be in trouble. By questioning him, I came to know that he could not handle spinning the big rifle during his military classes. He was younger than the other boys and had a slender build as he had skipped his grade class twice. I understood the class was hard for my American-born underage Indian boy. Having no idea about military and guns, I called his school and requested his military teacher to give him a smaller rifle to handle.

He answered, "We don't make any such exceptions for anybody in the class."

I tried to explain, "Do you know, sir, he is only eleven-years-old? How can he handle a big gun?"

Irritated, the teacher said, "If he can't carry out in our system, he doesn't belong here."

Feeling offended and embarrassed I responded, "Never mind. I understand that you can't make an exception. I'll make sure my son stays in your school. I won't take him out. Thank you and goodbye."

I immediately called Neil to come in front of me and said, "Neil dear, I know handling a big rifle is hard for you. I also know you can do anything if you are determined. When I asked for a favor from your teacher to treat you differently, he refused. I felt insulted. You got to show him that you are in no way less than anybody else in your class."

Neil looked at me and noticed tears in his mother's eyes while talking. He said, "Don't worry, Mommy. I'll show them I can make it."

Three months later, I attended the military night at the school. Neil was in front of that night's military show. He performed wonderfully. Again my eyes were filled with tears, but this time they were tears of joy -- seeing my son's achievement on par with all the other students there.

Neil graduated from the Catholic school with high honors and was the valedictorian of his class. But he did not get the opportunity to be on the podium to give his graduation speech. That is because he was not Catholic, even though he had to study religion there for four years like all the other students. Neil was called by the Principal to go to his office the week before graduation. Father Peter, the Principal, requested him behind closed doors to give up his position as the valedictorian to his fellow student next in line, as that position required a speech. That was the one hundredth anniversary year of that school. Neil realized that he had no choice but to accept the Principal's request because Neil had respect for him.

Many parents objected to that decision because no such rules existed and besides all the fellow students liked Neil. They thought he deserved to speak. Many parents of students called me and left messages in my answering machine, urging me to fight for justice and saying that they would back me up.  My husband, Ben, made a decision and told me, "Please don't make any waves. If Neil is good, then he'll have a chance again in his life to show his ability."

To tell you the truth, only when the other parents left their messages in our answering machine did I learn for the first time what is meant by being a valedictorian in this country. I had to ask my colleagues to explain. Back then, I was far too busy with my work and quite ignorant about many things because I did not have much of social life. Maybe that is why we forgot to take our camera with us. Now, so many years later, we feel bad not having captured those special moments in pictures.

With God's blessing, following high school, Neil graduated from a reputable University in Chemical Engineering where he did pre-medical studies simultaneously. His father did not let him attend any Ivy League college in aother state at such a young age, even though he got the chance. Neil made a campus visit but rejected the University of Chicago after he got admitted there. He gave us this explanation: "Most students are nerds there. They don't know how to enjoy life."

Neil graduated from college with high honors in chemical engineering. He did his pre-med at the same time and received high marks in the MCAT exam. Ben and I were invited to two graduation ceremonies in two days, much to our surprise. One of the graduation ceremonies was in a big room where there was a banquet style arrangement. Many professors and older looking students with caps and gowns were present there. We did not see any parents from Neil's class and felt it was strange.  Neil was recognized there as the best student of that year and presented with a plaque and a desk set with two pens. Then, rather unexpectedly, he had to deliver a speech at that special graduation ceremony -- in front of the school's Ph.D. students and the deans of several areas and disciplines. My eyes flooded with tears at this unanticipated experience, because we had no idea that there was a special recognition in the college for the best student of the year.

Neil gave another speech the next day during the graduation of his class. He was on the podium because he had received the highest distinction in all categories in his class. It was an outdoor ceremony, with many parents in attendance. At the end of the ceremony, several attendees came to congratulate us too and remarked, "It was an eloquent speech."

We are thankful to God for giving Neil wisdom at the young age of high school graduation. He had the intelligence and courage to respect the Principal's wish by giving up his prize and special honor as the valedictorian! He did not even let us know in case we created any waves.

The well-deserved reward came at the time of his graduation from college. I thought then that God has a special way to take care of everything -- even as Neil could never say he was a valedictorian.

It was those days. And now? 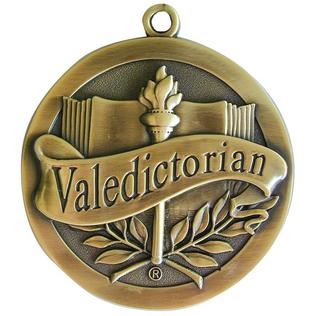