White snow flurries came down from the gray sky, like the incessant stream of white flakes of cotton floating away in the wind from thecotton plants in the spring around the countryside in India.  It was a cold winter afternoon in February in New Jersey.  I drove cautiously down the highway towards Philadelphia airport.  Sitting next to me was my better half, Mita.  I kept my eyes focused on driving cautiously on the treacherous road.

“You think everything will go okay?  What if the flight is delayed because of snow?”  asked Mita.

“Do not worry!  I called the airlines before leaving the house.  They said the flight is on time.”

I hesitated for a minute. “Even if it is delayed, we will wait at the airport for them to arrive.”

I brimmed with exuberant expectation in my heart.  I was sure Mita had similar feelings.  We had waited patiently for a long time for this day to come.  I pondered over the fact that our lives would change forever from that day onwards.  Would we be ultimately successful at the new responsibility that we were planning to take?

The traffic on this snowy afternoon was relatively light. Fresh snow covered some of the unpaved surfaces next to the highway.  The road surface itself had been ploughed and was drivable.  Other than the enchanting music of Vivaldi’s Four Seasons playing on a public radio station on the car radio, and the soft whir of the windshield wiper clearing the snow off the front windshield of the car, nothing distracted me from the thoughts whirling in my mind.  A kaleidoscope of images flashed through my mind.

We had arrived in the States more than ten years ago from India after completing undergraduate studies there. I got a job after graduation and decided to stay in the country permanently.  The company I worked for sponsored me for permanent resident visa.  I went to India while I was a graduate student and got married to Mita, a slender, tall and pretty girl chosen by my parents ahead of my arrival in Kolkata.

As I became busy in my job, Mita decided to go back to college to get a degree in accounting.  After graduation, she found a position in the health care industry.  Although we became used to our daily routine, life became monotonous.

“You know Mita - days in our lives are just trickling by without anything much happening!”

“Why don’t we start a family much like our friends?  We waited all our student life for this to happen.  Now is the time to do it!”

Many of our friends had become parents around that time.  We also thought that similar good news would come to us in due course.  But days turned into months, and the good news never came!

We used to get invited to birthday parties to celebrate the birthdays of our close friends’ children. These were very joyous occasions for the proud parents. One of our close friends, Jeet, and his wife, with whom we used to spend a lot of free time, had become parents at that time.  They requested us to adorn their apartment with balloons and crepe paper decorations on the occasion of their daughter’s first birthday.  They wanted to celebrate their daughter’s birthday with pomp and gaiety.

At that party, one of Jeet’s friends, Mala, asked my wife, Mita, “When are you two planning to have a baby?  Now that Subhashda and you are working – it is a good time to have a baby – isn’t it?”

“Don’t tell me that you two are much too absorbed in your careers to have a baby.  It is high time!”

I looked apprehensively at Mita.  I could sense that she was tormented by Mala’s inquisitiveness. Mita carried the weight of a heavy stone in her heart, because she herself did not know the proper answer to Mala’s questions. Mita tried to evade the answer, but Mala looked at her impishly.

“Well, you will be the first one to know the good news!” was the curt reply.

That night we drove back with absolute quietness. Each of us was trying to read the other’s mind.  But we both knew fully well what was going through our anguished minds.

“I have made an appointment with the gynecologist tomorrow morning.” Mita announced a few days later.

I was kind of surprised, but I understood her frustration.  I took the morning off from work, and accompanied her to the gynecologist.

All of this happened at the beginning of the fall season.  The green leaves of the sugar maple trees around our neighborhood became bright and orange hued, with a riot of flaming orange color engulfing the sides of the road.  Alas, with the advent of cooler weather, the orange leaves eventually fell off from the trees, covering the area in an orange blanket.  As the leaves fell off from the maple trees, I realized that our youthful years were also slowly dwindling.  ‘Are we getting too old to have a family?’ – the thought ran through my mind.

After a few months of various clinical tests, the doctor finally gave us the dismal medical report stating, “Mita cannot conceive naturally.”  Mita was sad at the enormity of the misfortune.  She felt disappointed and depressed at her stroke of bad luck.  Some nights she would sob while in bed.  The emptiness of our existence made her feel devastated with anguish.

I would try to console her. I tried to…..

“Do not worry darling.  We will be fine without a baby.”

I could understand the mental agony she suffered.

“We will have a care-free life without a baby.  We can travel around the world; we do not have to worry about saving for the child’s education.”

All these soothing statements did little to cheer up Mita.

“Do not worry; there may be other options available to us.”  I would say to her.

We tried to forget our torment by eating frequently at fancy restaurants, going to the movies on the weekends, and travelling across the country to distant places.  But the agony of our existence without a child really bothered Mita, especially when she observed her friends celebrate birthdays of their children.   Our barren lives made us feel depressed.  I would often have a recurring ominous thought that because we did not have a child, nobody would be there to care for us when we would grow old eventually. Occasionally I would question myself, “For whom are we working so hard? What is the purpose?”

“Should we consider adopting a child?” I asked Mita one night.

It was not easy for us to get acclimatized to the concept of adoption.  We came from conservative families in Kolkata.  I had phone conversations with my parents in Kolkata about our consideration of possible adoption.  My parents were vehemently against the process of adopting a baby from an unknown family.

“Will you be really able to accept somebody’s baby as our own child?” asked Mita.

“Yes, if we adopt – that baby will grow up to be our own child, and I will accept the baby as our own”.

“It is easier said than done!  Let us think through it clearly before taking a rash decision.  After all, your parents are totally against it.”

“There are so many orphans in India.  What’s wrong in adopting one of them as our child, and give that child the opportunity to develop into a complete human being?  If you and I can accept our adopted child as our own, that’s more than enough!  Besides, our parents may object, but it is our lives after all.  Decision should be ours and ours only.”  I said emphatically.

Mita was clearly relieved by my assertion.  She looked happy after a long time.

Eventually, we worked with an adoption agency to adopt a baby girl from India.  The process was lengthy, time consuming, and expensive.  We had to fill out myriads of forms and do oodles of paperwork to satisfy the governmental agencies both in India and the USA.  Many times we doubted that this process would work at all.

“Do you think we took the right decision?  Will this work out for us?”  Mita vented her frustration.

“Besides, even if we get the baby will we be able to nurture the child properly?”

“This is our only hope to become parents.  Now that we have made this decision, we cannot turn back!”  I said meekly because I had my own doubts too.

It was almost a year from the time we started the adoption process that we got a call from the adoption agency that our paperwork had been approved, and an immigrant visa for the child had been filed with the US Consulate on our behalf in India.  Within a month, the child’s visa was approved.  We were informed that the directress of the orphanage would travel to Philadelphia with the child in February.

Finally, on that snowy day in February, we reached the airport safely and parked our car at the indoor garage adjacent to the International Arrivals terminal.  We waited anxiously to meet our soon-to-be own daughter for the first time.  It was the kind of fulfilment that we were looking for so long in our lives.

The flight arrived on time, and we waited outside the immigration gate with our hearts revving like race cars.  The time had stopped ticking!  Finally, we saw an Indian woman, clad in sari, coming out of the gate holding a suitcase in one hand and the hand of a little girl in the other. That girl was soon to be our daughter! Our hearts almost leaped out of our rib cages, but soon settled down to a state filled with joy.  We were overwhelmed at the sight of the girl, and wrapped her up in our arms, and that is the time we both sensed that our family felt complete.

If you would like to comment on this article, please email your remarks to amitabhanj@gmail.com or debsmee572@gmail.com

" A heart-wrenching saga of personal struggle and getting over all odds.  Subhash has penned his agonies very beautifully, pulling the heart strings.  Great job." 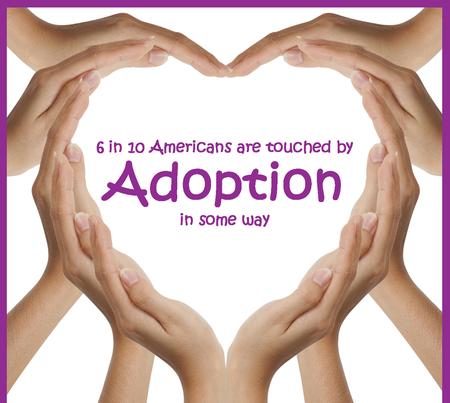