What makes a person happy?

I grew up watching my father leave for work every day in the morning and return in the evening. He worked hard, paid for the schooling of two children, built a house for his family and, in time, retired. I watched him transition smoothly and happily into retirement. He would sit on the porch, play with his grandkids and leisurely watch the world go by. He had a peaceful, beatific look on his face. That picture remained with me. To me, ‘retirement’ is associated with peace and happiness, of a life well lived.

Even a few decades earlier, a job was a means to an end, to earn money to enjoy life. Life and enjoying life were simple: time with family and friends, dinner round the kitchen table, visiting friends and neighbors, a walk in the park, a movie with friends or a vacation at the beach. Simple, reasonable, family oriented pleasures. Technology and automation gradually crept into the labor force. That was taken as a good thing. Automation made grueling, repetitive, boring jobs a thing of the past. Assembly products became cheaper and better; efficiency and productivity rose. The expectation was that we could maintain the same or higher level of productivity by putting in less hours of work. Said differently, we would have to work less to maintain the same standard of living. We would have more leisure and time to enjoy life.

We know things did not turn out as expected. People are working longer and harder and yet feel like they are falling behind. Many are not happy or content taking part in the rat race to the top. We constantly complain of the daily grind, the bad bosses and the long commutes. With advanced technologies, cell phones and laptops, work follows us home. There is no real distinction between home and the workplace. Tomes have been written and the air waves are full of punditry on this topic. But I want to address subtle, not so well discussed or appreciated facts on the shift of our attitudes towards work, our self-worth and what we perceive as giving us satisfaction.

Nowadays, work is no more a means to an end, it is the end itself. People are supposed to find fruition and satisfaction from their work. This is true for many artists, musicians and writers. We all know of such cases of creative individuals who loved their work and were prepared to persevere even though their worth might not have been recognized at the time. Chill penury stared them in the face and they lived a hard life. Many became famous only after their deaths. But let us leave such rare geniuses aside for the moment.

I know of many who are not happy in their jobs. They are well paid empty-nesters: their mortgages and children’s education are paid off, they have sizable nest eggs and could retire if they wanted to. But they don’t.  I have tried to analyze why they cannot take that final step towards retiring. Here are some reasons I think worth mentioning. 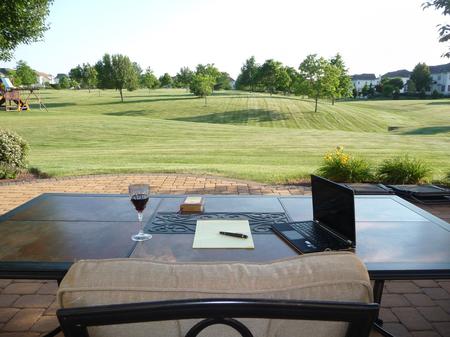 theIn the end, people are different. Some may find fulfillment and satisfaction in immersing themselves in their work to the point that they become strangers to their families. Their work becomes their identity as Ryan Avent nicely describes in his article why do we work so hard in The Economist 1843. But that still begs the question, what is so addicting in their work that distances them from their family and friends? Is it money? Money is necessary up to a point to cover basic needs, but money is not the motivator here. Is it prestige, social status or power? These are sorry props for the ego and very fleeting.

As an immigrant from India, having watched my father and others transition smoothly into retirement, I find this constant need to continue working astonishing. I have tried to understand the underlying cause which I have outlined in my analysis above. In the end, it may be a difference in philosophy, on how life is viewed in the two countries. In India and in the East in general, we follow the tenet handed down through millennia: “There is a time to sow and a time to reap”. So, at the end of a long life, well lived, it is time to take it easy, to retire and enjoy the fruits of our labors.

The US is a much younger country. The dynamism is immense. People are constantly on the go, to do more, to achieve more. Retirement is the last thing on their minds. But as the physical, mental and emotional costs to achieve more build up, attitudes change. We do find occasional reports of people voluntarily stepping off the incessant treadmill of work. This trend may pick up over time.

Life in retirement can be leisurely and productive. I have often heard friends say, ‘I will go crazy if I stay at home.’ I have been retired for three years and I am positive I have not become crazy. On the contrary, I am happily engaged in writing, something I had always wanted to do. But I do it on my own schedule, there is no pressure. It is something I want to do, not have to do and that makes all the difference. My self-worth has not diminished, not in my eyes, at least. And my wife still puts up with me, as before, when I was employed. At some point in life there is a choice: work leisurely or under pressure. I have made my choice (see My three careers across three continents). As an immigrant, it was an easy decision. I realize that a large part of the thought process that went into this decision was based on my upbringing in India. Would I have made the same choice if I had been born and raised in the US? Probably not, at least, not until much later.


[Ranjan Mukherjee is a retired scientist. This essay first appeared on his website and blog: www.ranjanmukherjee.com]

Comments received from Bobby P. on February 5, 2017: " I enjoyed reading Mr Ranjan Mukherjee's well written article on retirement and his observations. The only item I would add (he touched on this in a peripheral way but not straight up front): people need to have interests that keep them engaged (golf, sports, music, DVD movies, dinner parties, charity work, travels). -- I know too many hard working and successful Indians in this country who do not have a "Bucket List" of things they would like to do but never had time. This IS the perfect time to stay busy and enjoy."

Comments received from Debajyoti C. on February 8, 2017: "I agree with the author's observations on why so many of our peers nearing retirement are hesitant to retire. I would like to add two more reasons to the four he listed: (1) Most of the Bengalis living in the US and about to enter retirement came to this country with very limited financial resources and no relatives to lean on. That gave them a deep rooted sense of financial insecurity, and it is difficult for many to outgrow that feeling; and (2) Most Indians are used to the tradition of leaving behind their life savings to their children -- even though in many families the children earn more than their parents. They just can't bring themselves to spending their savings on themselves!"

In Defense of Leisure: An Immigrant’s Perspective
Ranjan Mukherjee.